Strike while the iron is hot

Israel should implement policy change in concentrated fashion and plow through the chorus of international criticism. What doesn’t get done in the next 6-12 months will get bogged down in internecine squabbling or be impeded by accumulative foreign pressures. 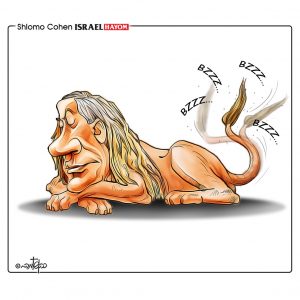 The unjustified wild reaction to Minster of National Security Itamar Ben-Gvir’s important 13-minute ascent to the Temple Mount this week tells us one thing: The world holds Israel (and especially Israel’s new government) in complete contempt.

It thinks it can dictate to Israel how it should administer the holiest place (to Jews) in the world, how it should define who is a Jew, where Israelis should and should not live (i.e., “settle”), when the Israeli police and army can open fire against rioters and terrorists, and more.

The world (including much of the Jewish world, which leans powerfully left-progressive) is going to object to almost every policy for which the new Israeli government was elected.

My conclusion: Strike while the iron is hot. The new government should move swiftly to make its most important changes while it is still relatively united, and the world is still reeling. A chorus of international condemnations will follow in any case, and Israel might as well plow through this onslaught in concentrated fashion.

Justice Minister Yariv Levin has set out exactly on this path by introducing a cluster of legal reforms that in one fell swoop will properly realign the balance of power between the judiciary, legislature, and government.

Not everything he is pushing is perfectly wise nor will it pass Knesset exactly as tabled. (For example, a 61-vote Supreme Court override is overreach; 70+ votes would be wiser.)

But changing the way justices are selected and canceling the ability of the Supreme Court to super-subjectively and on a whim strike down Knesset legislation as “unreasonable” or “unbalanced”– is long overdue. No other country in the world has a Supreme Court so unbalanced and imperious.

The Israeli left-wing and ultra-liberals abroad already are screaming that this “will bring about the end of democracy,” but that is simply not true. Israel had best plow through the overwrought criticism and implement its legal reforms with dispatch.

On the immediate agenda is a proposal to expand access for Jews/Israelis to the Temple Mount. Currently, Jews are allowed to visit only Sunday through Thursday for a few hours each morning under super-tight and often-abusive Wakf supervision, and to enter only via one of the nine gates leading into the mount. (That is the Moghrabi Gate, whose decrepit and rickety access bridge needs to be completely rebuilt, despite insane Jordanian objections.)

Israel should roll-back these restrictions and revert to the “status quo” that was put in place after the Six Day War when Jews (and Christians) almost always had access to the holy mount, without restrictions on days and hours – just like Muslims.

The Israeli left-wing and ultra-liberals abroad already are screaming that this “will bring about regional war,” but that is simply not true. Israel had best plow through the overwrought criticism and implement Temple Mount reforms with dispatch.

And while on the subject, I’ll add that I strongly oppose any thought of interfering with Muslim worship at the mosque on the Temple Mount. But that does not mean that Jewish rights at the site should be delegitimized, denigrated, and dismissed, or that the Wakf can wreak its apocalyptic war against Israel without restraint.

I also oppose all extremists, but Ben-Gvir did not violate any status quo by visiting the Temple Mount. Previous Israeli ministers of public security visited the Temple Mount too. And if the Jordanian and British crown princes and the Turkish foreign minister can visit the Temple Mount without interference, so should any Israeli official, rabbi, or officer be able to do so.

Any Western spokesman who repeats the modern-day blood libel about Israelis “violating” a Muslim holy site or “storming the Noble Sanctuary” is bating and justifying Palestinian violence.

Next on the agenda is the dismantling of Khan al-Ahmar, the purposefully provocative and illegal Bedouin settlement on the eastern outskirts of Jerusalem, which has been funded and defended by brazen foreign interlopers (i.e., European governments).

The settlement is meant to block Israeli development of the all-important E-1 quadrant connecting Jerusalem to Maaleh Adumim (and from there to the strategic Jordan Valley), and therefore it must be moved. The squatters have had more than 10 years of recourse to Israeli courts all the way up to the Supreme Court, and even that liberal top court has cleared the way for determined Israeli action. But with European Union encouragement and under Palestinian Authority pressure, the squatters have rejected every generous Israeli resettlement proposal.

The Israeli left-wing and ultra-liberals abroad already are screaming that the resettlement of Khan al-Ahmar “will cause another intifada,” but that is simply not true; and that it will drive international criminal action against Israel, but that is happening anyway. Israel had best plow through the overwrought criticism and take down Khan al-Ahmar with dispatch.

And while at it, the IDF also should act against eight dozen other illegal Palestinian settlements in Area C.

Furthermore, the responsibilities of the Ministry of Defense’s recalcitrant and ineffective Civil Administration in Judea and Samaria should be transferred to other Israeli ministries.

This is necessary to halt illegal Palestinian activities (from belligerent settlement, to pollution, water theft, and destruction of archaeological treasures); to provide Israeli residents of Judea and Samaria with much better services; and to rapidly advance infrastructure projects (like roads, sewage treatment facilities, and industrial zones) for the benefit of both Israelis and Palestinians.

The Israeli left-wing and ultra-liberals abroad already are screaming that this change “will constitute a war crime of permanent occupation,” but that is simply not true. Israel had best plow through the overwrought criticism and disinvest with dispatch the Civil Administration of residual powers.

In a completely different direction, reform of the Israeli educational system is urgent. This begins with rolling-back the illogical cuts in mandatory high school studies of the humanities and Jewish history that were announced by the terrible previous minister of education Yifat Shasha-Biton. It continues with a restructuring of the funding system so that school principals have more latitude in hiring and firing of teachers and in choosing extracurricular activities.

The Israeli left-wing and ultra-liberals abroad already are screaming that these reforms will “corrupt” the school system and “impose” Judaism on the public, but that is simply not true. Israel had best plow through the overwrought criticism and enact the educational reforms with dispatch.

In the economic sphere, resolute action is necessary to end the outrageous tax burden on small and mid-sized Israeli businesses, who pay 33% in tax, while high-tech firms get a gazillion tax breaks leading an effective tax rate of about only 13%. Small companies and big high-tech firms should both be paying taxes of about 17-20%, no more and no less.

The Israeli left-wing and corporate interests abroad already are screaming that such tax reform will “enfeeble” Israel’s high-tech sector and “mortgage” Israel’s future, but that is simply not true. Israel had best plow through the overwrought criticism and legislate tax reform with dispatch.

Prime Minister Netanyahu’s government should strike swiftly when the iron is hot. What doesn’t get done in the next 6-12 months will get bogged down in internecine squabbling or be impeded by accumulative foreign pressures.