The nasty sport of second-guessing Israel

In Washington and other capitals, an ungenerous spirit has set in. 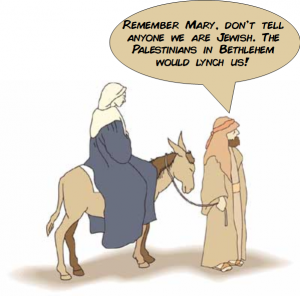 The penchant to pronounce critical judgement on every Israeli counter-terror incident and foreign policy initiative, not to mention domestic policy, is becoming quite a blood sport in Washington and other capitals.

Israel’s new government, which finally may be formed in the coming week, will have to pushback hard against this increasingly brazen, vulgar, and hypocritical trend.

One of the obnoxious terms used in this fun new assault on Israel is the demand for “accountability.” For example, the US State Department spokesman said last month that the US would demand “accountability” from Israel regarding just about every shooting incident in the West Bank, and that it is questioning changes in IDF rules of engagement (i.e., open-fire regulations) in Judea and Samaria.

The FBI then raised the US chutzpah level ten times over by announcing its own investigation into the shooting of Al Jazeera journalist Shirin Abu Akleh during a firefight between the IDF and Palestinian terrorists in May. (This apparently means that Washington wants some Israeli soldiers scalped and impaled on a spike for all to see.)

Lapid: “No one will dictate our live-fire instructions to us when we are fighting for our lives. I will not let a fighter in the IDF who defended his life under fire from terrorists be prosecuted just so that we will receive applause abroad.”

Kochavi: “Our test is protecting the citizens of Israel, and our mission is to thwart terrorism. We will reach every city, neighborhood, alley, house, or basement for that purpose. Our activity will continue, and we are prepared to intensify it as needed.”

Speaking with similar chutzpah, diplomats from 19 European countries insolently have demanded explanations from Israel regarding an IDF raid on the offices of seven Palestinian non-governmental organizations that Israel has classified as terror groups affiliated with the Popular Front for the Liberation of Palestine. The European diplomats impudently declared they did not accept Israel’s terror designation, barking that they had not received “any evidence” to validate that claim.

US and European diplomats likewise have taken to more-loudly-than-ever judging and criticizing Israel’s security and settlement operations in eastern Jerusalem, in places like Shimon Hatzadik (Sheikh Jarrah), Ir David (Silwan), and of course, Har HaBayit (the Temple Mount) itself.

With regards to the latter holy site, the brave foreign critics have had a lot to say about Israeli police response to Arab rioters but very little to say about the Wakf/Palestinian Authority’s turning of the site into an armed camp for open warfare against Israel, not to mention regular incitement against Jews and Israel from the mosque pulpit on Fridays.

“The US expects to see equal treatment of extremists – whether Israeli or Palestinian – in arrests, convictions and punishments, as well as equal allocation of resources to prevent and investigate violent attacks.”

(Wood did condemn a Palestinian effort to request an International Court of Justice advisory opinion against Israel, politely describing the proposal as “counterproductive.”)

This harks back to US Secretary of State Antony Blinken’s speech to a J Street conference last month about violence in Judea and Samaria “perpetrated by both Palestinians and Israeli settlers.” “Perpetrators must face equal justice under the law,” he said.

At first blush, this sounds fine, nice, and reasonable, because who is in favor of “violent perpetrators” and who is against “equality”?

Except that it isn’t fine or nice! Such statements smack of morally blind, even purposefully hostile “evenhandedness,” the type of neutral and high-handed posturing that willfully ignores the difference between firefighters and arsonists.

After all, Blinken knows, or should know, that Israel does not condone violence and seeks to avoid civilian casualties wherever possible, whereas the Palestinian Authority glorifies rather than punishes terrorists and other Palestinian factions generate terrorism as a matter of ideological purpose.

It is infuriating to repeatedly hear US State Department and other Western officials mealy mouth the call on “all sides to exercise restraint.” While sounding sweet, reasonable, and yes, “evenhanded,” essentially this is a hostile-to-Israel statement. Basically, it is a warning to Israel that it must not respond to Palestinian assaults. It again equates terrorism with counterterrorist actions.

So, for example, instead of condemning PA mafia-government chieftain Mahmoud Abbas for repeatedly using the “Al-Aqsa is in danger” libel to foment violence, the State Department only speaks out after Palestinian Muslims riot on the Temple Mount and Israel is forced to respond.

When this exactly happened in April, the State Department spokesman sadly and predictably said that “We call on all sides to exercise restraint, avoid provocative actions and rhetoric, and preserve the historic status quo on the Haram al-Sharif/Temple Mount.”

(Note that the State Department uses the Arabic name for the Mount, but never the original Hebrew term, Har HaBayit. And it ignores the fact the Palestinians long have killed the so-called status quo on the holy mount.)

Similarly, Washington (Blinken) has taken to regularly reminding Jerusalem that the US “expects” Israel to abide by democratic principles, “including respect for the rights of the LGBT community and the equal administration of justice for all citizens of Israel.”

But Blinken has said nothing about the (lack of) rights of the Palestinian LGBT community or the PA’s extreme human rights abuses. Nor about the abhorrent (lack of) human rights policies of Muslim countries –including Qatar where Blinken went to enjoy the World Cup in soccer.

Oh, and this week, the administration’s foreign aid package went to Congress including a $75 million provision for UNRWA. The administration said nothing about the fact that just last week another terror attack tunnel was discovered under one of UNRWA’s Gaza schools, illustrating yet again that corrupt agency’s complicity in allowing Hamas to use children as human shields.

All the while, US and other Western officials have no problem meeting regularly with Palestinian extremists like Hussein al-Sheikh, who is emerging as Abbas’ number two in the Palestinian Authority. Al-Sheikh spent 11 years in Israeli prison for his terrorist activities. He has promoted Mahmoud al-Habbash as religious affairs adviser to the PA President. This month, al-Habbash equated Jews who visit the Temple Mount in Jerusalem with “those whom Allah has cursed… and made of them apes and pigs.”

And this week, IMPACT-SE published yet another report of the raw antisemitism that runs like an open sewer in PA textbooks and on its airwaves. The State Department had nothing to say about this.

PrevPreviousJust who has violated the Temple Mount status quo?
NextStrike while the iron is hotNext