Israelis should forget the “threshold,” and be strategic and principled, not tactical and cynical, voters. They should vote their conscience, even if that means their ballot for a niche party “goes to waste.” Fact is that their vote also might not go to waste! And anyway, Israel seems headed to another political stalemate with repeat elections likely in April 2023…. 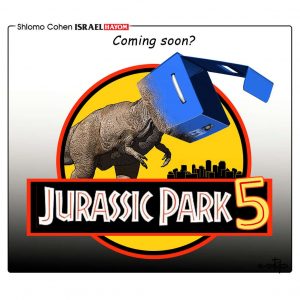 Such “tactical” election contention is rotten. It completely ignores the critical diplomatic, defense, economic, and social issues at hand. It guts Israeli politics of any serious ideological argument. It reduces our serial election campaigns to yet another round of sumo wrestling. It is a mind-numbing approach to determining Israel’s future.

Worse still is the oft-heard admonition not to “waste” your vote, not to vote for a political party that teeters at the so-called “threshold.” (The current electoral threshold, the minimum for gaining Knesset representation, is 3.25% of all valid votes. In practice, this means that a party that fails to gain votes equivalent to about four Knesset seats is wiped-off the political map.)

This too is a terrible contention. It strips voters of their right to vote their conscience in an unadulterated manner. It reduces election day to tactical play, instead of it being a celebration of democracy in action. It is a dispiriting approach to Zionist and Jewish political commitment.

I say: Forget the “threshold.” Be a strategic and principled, not a tactical and cynical, voter. Vote your conscience, even if that might mean that your ballot “goes to waste.”

Voting in such upright fashion is a healthy and satisfying slant on political engagement. Selecting the political party and political leader that most closely represents one’s worldview without slavish reference to the latest polls proffered by biased media outlets and various political hucksters – is a corrective to the cynicism that almost all Israelis feel about the political system.

It might mean that your vote “goes to waste,” but guess what? It also could mean that your vote might not go to waste! If enough people in your “sector” vote their conscience and best ideological judgement, your preferred political party indeed may be elected successfully to Knesset. Your vote could make the difference.

And what’s the worst that can happen, that your vote will “go to waste”? So what! Israel anyway seems headed to another political stalemate, with repeat elections likely in April 2023…. So, you’ll get another chance at that time to reconsider your vote and make a greater impact on the overall result. (And perhaps, hopefully, by then the range of political party options and especially their leaders will be better and broader.)

To be clear, I am not suggesting that Israelis vote for the pot or pirate parties, or for any one of the two dozen super-fringe factions that will have ballot slips on November 1. Doing so would be truly silly. These splinters are too wacky to be taken seriously and too tiny to have any chance whatsoever of being elected to Knesset.

But I am suggesting that left-wing Israelis who believe in the secularist and non-Zionist principles espoused by Zahava Galon of Meretz should vote as a matter of principle for Meretz, even though the pollsters question whether the party will cross the threshold. They should not be off put by the pollsters.

I am suggesting that Arab Israelis who are impressed by the bravery of Mansour Abbas of Ra’am in joining an Israeli government (the first time that an Israeli Arab party has done so), and by his achievements in government, should vote as a matter of principle for Ra’am. They should not be deterred by doubts that the party can this time surmount the threshold (nor should they be threatened by radicals in their sector for identifying with Ra’am).

I am suggesting that right-wing and/or religious Zionist Israelis who deem Ayelet Shaked to be an honest, effective, and weighty conservative leader should vote as a matter of principle for Bayit Yehudi. They should not be daunted by threshold uncertainties, nor frighted by angry accusations of “disloyalty” to the fate of the Netanyahu bloc. If enough people in this sector vote their conscience and best ideological judgement, Bayit Yehudi indeed may be elected successfully to Knesset.

The same goes for potential voters for Merav Michaeli. Her version of the Labor Party, and each of the above-mentioned parties, has a clear-enough identity and political history and tens of thousands of votes surely behind it to make it a passable choice.

Alas, Israeli voters face another muddy election in a convoluted Israeli political system where negative campaigning and personal animosities are at a peak. Most politicians are selling fallacies instead of tackling real issues with concrete solutions. They are selling tactical calculations instead of purposeful policies. They tell Israelis to vote to sidetrack the other guy.

Israelis ought to ignore such soul-destroying rat-a-tat, and proudly vote their principles, even defiantly vote their conscience. Worse come to worst, there will soon be another election…