Multiple political choices for 5783: A Quiz

Which of the following political, security, and domestic events can be expected in Israel, the Mideast, and around the world this coming year? Take this quiz and calculate the 5783 political future you need to be prepared for. (My answers are at the bottom of the article.) 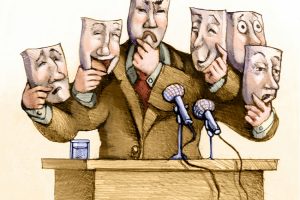 1. Which of the following political and security events can be expected this year?

a. Binyamin Netanyahu will bow-out of Israeli politics, allowing formation of a broad, Likud-led, center-right government without haredi or Arab factions.

b. Mahmoud Abbas will be overthrown by one or more of the following Fatah leaders: Hussein al-Sheikh, Jibril Rajoub, Mahmoud al-Aloul, Majid Faraj, Marwan Barghouti, or Mohammed Dahlan.

c. The IDF will mount a massive ground operation in Judea and Samaria to crush the nascent Islamic radical intifada.

d. The Israel Police and General Security Service will mount a massive campaign to confiscate the tens of thousands of unlicensed weapons in Israeli Arab communities, and to shut down Bedouin protection rackets in the Negev.

e. The Israeli government will raise the defense budget from NIS 60 to 80 billion (from $17 to $22 billion), forcing massive cuts in social services and civilian infrastructure projects.

f. Hezbollah will scrupulously abide to the very last letter of the new maritime agreement between Israel and Lebanon.

2. If Benny Gantz and/or Yair Lapid form the next Israeli government they would handle diplomacy and security much better than Binyamin Netanyahu could, by doing which of the following?

a. Decapitating Hamas leadership, and sending the IDF on a 36-month-long bloody campaign to re-conquer every inch of Gaza.

b. Swiftly reaching a peace accord with Mahmoud Abbas who would assume responsibility for Gaza and bring goodwill to the entire area.

e. All of the above answers are ridiculous. None of this is wise or feasible, and neither Gantz nor Lapid would go there, despite the fantasies of many global observers.

3. Which of the following reforms in matters of religion and state will be implemented over the coming year?

a. Civil marriage and divorce.

b. Non-Orthodox conversion to Judaism.

d. Construction of a gold-plated alternative plaza adjacent to the Western Wall, which will overflow with pluralistic prayer quorums three times a day.

e. Some degree of reform in military draft law that will nudge upwards the number of haredi conscripts, while freeing many Ultra-Orthodox youth to study at college.

f. Election of new chief rabbis from the Religious Zionist, not haredi, sector.

g. None of the above

4. After November 2022, when will the next Israeli election will be held?

5. Which of the following Mideast developments can be expected?

a. Comoros, Indonesia, Oman, and Saudi Arabia will announce normalization of their ties to Israel.

b. The Palestinian Authority will sign a “treaty of protection” with Turkey and Iran.

c. Iraq will fall to Islamist forces backed by Iran.

d. The ayatollahs in Iran will be forced out of office by the “Mahsa Amini” protests.

e. Immediately after the US mid-term elections next month, the P5+1 led by President Biden will sign a new/old nuclear agreement with Iran, allowing Iran to fleece the West once again while blissfully and not-so-secretly advancing towards a nuclear weapon.

f. Iran will test-detonate its first nuclear weapon, and in response Biden will bomb the heck out of Iran, decapitating the Islamic Republic’s leadership ranks and all known military and nuclear sites.

g. The US will withdraw its forces from Saudi Arabia and halt all planned arms sales to Riyadh, in retaliation for the recent Saudi/OPEC decision to cut oil output.

6. Which of the following global events can be expected?

a. China will invade and annex Taiwan.

b. Vladimir Putin will admit defeat in the Ukraine and resign from office.

c. Britain, followed by Australia and Canada, will move their embassies from Tel Aviv to Jerusalem.

d. Led by Algeria, Bangladesh, and Fiji, the UN Human Rights Council will vote Israel out of existence.

f. Donald Trump will be convicted on criminal charges of tax evasion and be unable to run again for President, paving the way forward for Rick DeSantis, Nicky Haley, Tom Cotton, and Mike Pompeo to contest the Republican ticket.

g. President Biden will decide not to run for re-election, paving the way forward for Kamala Harris and Alexandra Ocasio-Cortez to run for the presidency.

7. Who will be Israel’s prime minister ten years from now?