Israel’s necessary strategic posture is ferocious, in addition to peace-seeking. Get used to it. 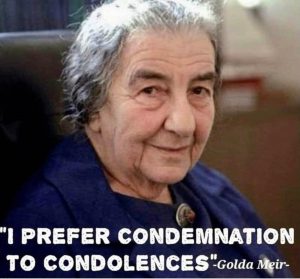 Israel has been forced into five rounds of warfare against enemies in the Gaza Strip since Hamas overthrew the Palestinian Authority and conquered Gaza in 2007. The latest “round” of warfare was “Operation Breaking Dawn,” the short round fought this past weekend. What should be Israel’s strategic takeaway from this?

The answer is this: Israel must be willing to continually degrade enemy military capabilities, operation after operation, day after day, in a campaign of unremitting attrition meant to crush the radical Islamic armies seeking to set-up shop permanently on Israel’s borders.

It means a regular “war between wars” against Hamas, Islamic Jihad, and other enemy armies. It means nightly raids on jihadist weapons storehouses, factories, and training camps. It means no respite between Operation Breaking Dawn and the next operation.

After all, this is the way Israel operates against jihadist and other terrorist enemies in Judea and Samaria, in Syria, and in Iraq. There is no respite between one operation and the next.

It is only courtesy of nightly IDF raids on jihadist cells in Jenin, Nablus, and Hebron that Israelis and Palestinians alike live a daily life of relative calm. Otherwise, the West Bank would become Gaza.

It is only thanks to weekly IDF aerial bombings and ground operations against Iranian-backed militias, Iranian Revolutionary Guard Corp emplacements, and Iranian arms shipments running through Syria and Iraq (en route to Hezbollah in Lebanon) that Israelis in Tel Aviv life a life of relative calm and prosperity. Otherwise, all of Israel would become living hell.

Israel must ensure that West Bank is not militarized over the long term (as mandated by the Oslo Accords), with its own forces, and act to bring about the demilitarization of problem areas like Gaza and Sinai. None of this is possible without a strong and permanent Israeli military imprint on all fronts.

Israel must act with unrelenting ruthlessness and project endless grit in this continuous war against terrorist armies – while maintaining a healthy and resilient Israeli home front despite ongoing military offensives and enemy missile attacks.

If this sounds militaristic, get used to it. This is the necessary Israeli strategic posture; this is the Israeli reality. It is the only true path to Israeli security, and ultimately to regional peace.

Let’s face it: Given a situation of multiple threats from implacable, non-state enemies who encroach on Israel’s borders and are ideologically opposed to peace with Israel – like Hamas, Hezbollah, Islamic Jihad, Al Qaeda, and ISIL; given the feebleness and fecklessness of the Palestinian Authority in the West Bank; and given an environment where many Arab and Islamic states from Marrakesh to Bangladesh are beset by instability – Israel’s strategic posture must remain resolute.

Especially in the changed international environment (with the Biden administration courting Iran and providing Israel with only subdued backing), and in the changed domestic environment (with persistent internal political deadlock), Israel must demonstrate that it is not defenseless. Its leadership (however temporary) must remain clear-eyed, and Israel must retain freedom of action against any and all enemies.

Israel’s new Abraham Accords peace partners are closely watching these conflicts too, judging Israel. They ask themselves whether Israel is going to appropriately crush Hamas and Islamic Jihad (Iranian-backed enemies of the Gulf states) the way it normally would, or is Israel hamstrung by the conditions described above. A weak Israel is far less attractive as a friend to the governments in Abu Dhabi, Manama, Marrakesh – and Riyadh.

OF COURSE, SUCH TOUGH military action raises international hackles, with the European Union, American ultra-progressives, and other incessant critics snorting about the unacceptable use of “disproportionate force” by Israel.

Israel must rebuff such reproaches. The demand for “proportionality” in military conflict seems to be a nonsensical special law cynically applied only to Israel – as if Israel were in a sportsmanlike joust with Islamic Jihad.

And EU hectoring about proportionality? Do EU governments demand “proportionate response” from their police SWAT forces when they hunt down homegrown terrorists and airport bombers in Paris, Brussels, and Marseille?

Moreover, these are the same politicians who have not been much moved to outrage about Syrian or Iranian atrocities at any time over the past decade, and who celebrated Obama’s disastrous deal with Iran as a great achievement and want to bring it back. They get truly self-righteous and especially angry only when Israel is involved in a military altercation. The temerity and hypocrisy of such critics is simply astounding.

I really have no patience for diplomatic prattle about the “inexcusable” use of force “on both sides,” condemnations of the proverbial “cycle of violence,” and calls on “all sides” for restraint. To do so, is to immorally equate acts of aggression and retaliation. (Alas, this week most Western governments came close to that.)

There is no comparison between the celebratory and indiscriminate use of force by Hamas and Islamic Jihad (or Fatah’s Al Aqsa Martyrs Brigade in the West Bank), and Israel’s reluctant and judicious use of force. It is profane to equate Islamic Jihad’s abuse of (their own and of) Israeli civilians in attacking Israel, with Israel’s care in discriminating between terrorist attackers and civilian protesters.

It is particularly vexing that those in the international community who insist on the importance of the 1967 lines seem to sympathize with attempts to rupture that same line. What value is Western support for “Israel’s right to exist within secure and recognized borders” – if those borders cannot be defended?!

And why would Israel even consider West Bank withdrawals if it has no support for a robust defense of those shrunken borders? What if tens of thousands of West Bank Palestinians try Hamas-style border rushing assaults, or rocket attacks from eastern to western Jerusalem, or missile attacks from Samaria into Tel Aviv?

In sum, Israel need not apologize for defending itself vigorously against Hamas’ tunnels, rockets, missiles, marches, incendiary balloons, and airborne bombs; nor for the targeted assassinations of Islamic Jihad, Hamas, and Fatah terrorist leaders; nor for the tragic but unavoidable deaths of Palestinians civilians behind whom these terrorists are purposefully hiding; nor for the inadvertent death of a journalist who doggedly embedded herself in the line of fire during an anti-terrorist operation.

If this sounds militaristic, get used to it. This is the necessary Israeli strategic posture; this is the Israeli reality. It is the only true path to Israeli security, and ultimately to regional peace.

Simultaneously, Israel’s hand is always outstretched for peace with moderate Arabs who (correctly) view Israel as the legitimate home of the indigenous Jewish People of Zion; who understand Israel as a leading force for regional stability and prosperity; who embrace the Abrahamic partnership for peace.