Published in The Jerusalem Post, August 5, 2022; and in abridged form in Israel Hayom, August 7, 2022. Print-friendly copy

Time to maximize Israeli heart and minimize the hatred. 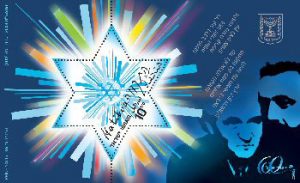 Tisha Be’Av, the mournful commemoration of Jewish national destruction and self-destruction which falls this weekend, hasn’t quite reached the status of Yom Kippur as a day of reflection and repentance. But it should.

We are repeating too many of the mistakes made by our ancestors in the First and Second Jewish Commonwealth periods; mistakes which have, in past, brought about social decay, moral decline, and political disintegration.

All of us ought take a spell from our regular regimen this Sunday, have a seat on the floor, and take a hard, contemplative look at the social or political group we each respectively belong to, and at the state we are building. Or should I say – at the state we are in danger of mangling into ruin.

Doing so requires a capacity for self-criticism and a hefty dose of humility. Alas, in Israel these days humility is in short supply. The rich and the successful, and the politically powerful, exude a preening pride and overbearing self-confidence that leaves no room for self-doubt, change, or compromise. Israelis are, as a rule, unrepentantly certain that their individual viewpoint is categorically correct, barring all others.

Speaking at a raucous election campaign launch event Monday night, for example, Interim Prime Minister and Yesh Atid Leader Yair Lapid denounced “the other side” of the political aisle for “hatred and incitement.” “We defeated the incitement and poison machine four times, and we will beat it again the fifth time,” he declared. He then proceeded to himself employ inflammatory demagoguery to rag out Likud leader Binyamin Netanyahu and his associates.

Once upon a time I tended to chalk-up such rough talk to sabra ‘character’ and to campaign heat, and to shrug it off. But the disgraceful level to which Israeli politicians have sunk in recent years is alarming – beginning with uber-animosity specialists Avigdor Liberman and Ehud Barak through Netanyahu and Itamar Ben-Gvir.

Moderation, nuance, restraint, and reasonableness have become orphan concepts in this country’s political landscape. The prevailing culture is kasach — unbridled, untamed confrontation. It’s no wonder that there is no exact Hebrew translation for ‘civility’ and ‘subtlety’. We wouldn’t know what to make of the words or how to apply them.

Yes, Israelis are divided by genuine ideological fault lines. But it should be possible to draw a line between policy disagreement and verbal political violence; between a legitimate argument and illegitimate character assassination; between legislation that is meant to better the greater good and legislation meant to punish, demean, and crush the rival camp.

IT IS TIME to stop and ask ourselves: Has our heightened capacity for self-criticism gone too far? Isn’t it time to reenergize our national spirit with a little historical perspective? Might we allow ourselves the grace of recognizing the elemental goodness of our society and the essential morality of the Jewish return to Zion?

What better moment than Tisha Be’Av to remind ourselves of the Biblical warnings against the politics of defamation? Such politics have been tried before in this country with disastrous and tragic results.

What better moment than Tisha Be’Av to remind ourselves of the Bible’s passionate focus on children and family, smart devotion to ritual and Torah study, and de-emphasis of material riches and hedonic pleasures?

What better moment than Tisha Be’Av to remind ourselves of the manifold good works done by Israelis of all stripes and classes? These are acts of loving kindness and boundless generosity that range from everyday cancer care for kids to high philanthropy for the arts, and from immigrant absorption to roadside assistance.

There is great heart in Israel. We just need to maximize the heart and minimize the hatred!

What better moment than Tisha Be’Av to remind ourselves our unassailable and unmatchable claim to Jerusalem? To reaffirm the deep roots of Jewish identity and Israeli nationality that run through ancient Jerusalem — far beyond the practical calculus of municipal demographics, security concerns, and political timetables.

Part of our national rehabilitation involves rejection of despair and negativity, and instead counting our personal and national blessings. After all, Israeli per capita income is impressive, families are relatively large and supportive, and democratic freedoms remain strong. Indeed, in every survey, Israelis say that they are very happy.

In my view, the happy Israeli mind also derives from a sense of historic purpose that still courses through the soul of our national community. And this purposefulness explains the sacrifice and commitment of Israelis. These are crucial ingredients that make life in Israel satisfying and exciting, especially for a people that has waited so long for its return to Zion.

So, on the eve of Tisha Be’Av (and at campaign crunch time), let us recommit ourselves to a vision of the common good; to just a little less hacking at each other politically; to a touch more tolerance in education, more honesty in business, and increased philanthropy; to more concern for the widow, orphan and unemployed; to more reverence for heritage and Zionist achievement; to shared destiny.

Israelis, especially their politicians, ought to make this personal commitment for the coming year: “I undertake to restrain my tongue, because over-heated rhetoric can lead to tragedy. I commit myself to the patience necessary to withhold harsh judgment of friends and adversaries, and of the country. I recommit myself to Zionist and Jewish values – out of an overriding concern for Jewish Peoplehood.”