The world knows only how to criticize and demonize Israel. What a shame. But at least Jews should know and appreciate Israel’s humanity. On Yom Haatzmaut, we can all add this to our calculations of kevod shamayim and kiddush Hashem (the glorification of G-d’s name in the world) that has been wrought by the State of Israel.

Published in the Yom Haatzmaut edition of HaMizrachi Magazine [1], May 2022. Print-friendly copy [2] 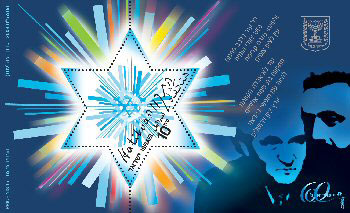 The UN and global “human rights” NGOs continue to slander Israel with ugly charges of “ethnic cleansing,” “apartheid,” and sundry fictitious atrocities against the Palestinians.

Meanwhile, in the real world, this is what is happening: Israeli doctors continue to treat thousands of Arabs in Israeli hospitals and conduct world-class humanitarian medical work around the world.

It is sign of the hostile times that Israel gets little international credit for its manifold humanitarian medical activities, in Israel or abroad.

Israeli hospitals regularly take-in patients from countries across the Middle East, including Arab countries that have no diplomatic relations with Israel, and from the Palestinian-controlled areas. For example, no less than one-quarter of the patients in the Edmond & Lily Safra Children’s Hospital at the Sheba Medical Center at Tel Hashomer are Palestinian kids from Gaza with cancer or congenital heart ailments.

Hadassah Medical Center in Jerusalem plays a similar role for West Bank Palestinians. “Save a Child’s Heart” at the Sylvan Adams Children’s Hospital at the Wolfson Medical Center in Holon also treats many Palestinian patients, as well as children with heart defects from across the Middle East, Africa, Asia, and Eastern Europe.

Palestinians receive treatment in Israel even though the Palestinian Authority takes only very partial, occasional financial responsibility for them and the patients themselves can’t afford to pay. The Peres Center for Peace and the hospitals themselves often end up covering or absorbing the costs.

Palestinian leaders and their family members, including Hamas chieftains, get the best medical care in Israel even though they constantly issue the most bloodcurdling libels about Israeli “apartheid” and they plot Israel’s demise.

For example, in 2020 the doctors at Hadassah pulled-out all the stops to save the life of Palestinian official Saeb Erekat, even though he was the master planner of the Palestinian Authority’s campaign to isolate and boycott Israel. (Yes, I too wonder whether this was right and necessary.)

The altruism of the Israeli medical system is even more remarkable because treating Israeli and Palestinians side by side is a tense and delicate balancing act about which many Israelis have misgivings. ‘Let the Palestinians go for treatment to their Arab brethren in Egypt or Jordan,’ they say. But of course, the Palestinians cannot do so – because the Egyptians and Jordanians don’t regularly let Palestinians in; and the treatment in Arab countries is quite inferior to Israeli medicine.

In any case, Israeli hospitals bravely and honorably persist in their open-door approach to humanitarian treatment. Of course, you wouldn’t know about this from international media, NGO, or UN reports.

Remember the outstanding IDF medical mission in Haiti after the January 2010 earthquake in that country? (That was one of the few Israeli efforts abroad that indeed received loads of international attention.) For years after that, Israel orthopedic rehabilitation physicians and physiotherapists ran a full-scale “Haitian-Israeli Rehabilitation Center” at the University Hospital in Port-au-Prince.

Such Israeli humanitarian missions abound. Since it opened in mid-March, more than 2,500 refugees have been treated in a rapidly established Israeli field hospital on the Ukrainian-Polish border. In addition, Israeli burns experts were the first to arrive in Romania to treat babies in critical condition after a horrible fire in a Bucharest hospital; the first to arrive in the Congo after a massive fuel tanker explosion; among the first to send aid to Japan and to Kashmir after a series of earthquakes; the first to send (over 150 tons of) aid to Indonesia, Sri Lanka, and the Philippines after a series of tsunamis; and much more.

Israel actively has assisted many countries in confronting the continuing covid crisis, from Argentina and Uruguay to Eswatini (Swaziland) and India. An Israeli NGO sent 3,800 oxygen concentrators to rural clinics, hospitals and health centers in India overwhelmed by corona. The Israeli government flew tons of oxygen generators, respirators, and medications to India, too. Dozens of countries have sent senior health officials to study Israel’s proficient handling of the coronavirus crisis.

And yes, during the first months of the pandemic Israel did everything in its power and its purse to assist the Palestinian Authority in fighting coronavirus too. But in mid-2020 the PA announced a boycott of all assistance from or through Israel, for any budgetary, humanitarian, or other need. It even rejected receipt of two planes-full of coronavirus aid from the UAE because the planes delivering the cargo landed at Ben-Gurion Airport.

Instead, PA spokesmen spread the canard that Israeli troops at checkpoints purposefully infected Palestinians with corona, and that other Israelis spit deathly corona droplets on Palestinian car door handles and windshields. (This is not too far from the classic antisemitic trope about Jews poisoning the wells in Europe.)

Nevertheless, Israel has tried to help the PA. And on the sly, the PA has allowed its doctors to take training at Israeli hospitals about best practices for treating corona patients.

Israel’s medical humanitarian activities stem from an abiding concern for healing and compassion that is ingrained in Jewish tradition. As chazal taught (Yevamot 79a): Am Yisrael is marked by three qualities. They are merciful, altruistic, and humble – hopelessly so, I would add. The State of Israel’s commitment to being a force for progress and brotherhood in the world is built on this moral foundation.

But again, you wouldn’t know any of this from international media or UN reports. Antisemitism, double standards, distortive “woke” ideology, cancel culture, crass politics, and more get in the way.

Hippocratic Israel gets no credit. The hypocritical world knows only how to criticize and demonize Israel. What a shame. But at least Jews should know and appreciate Israel’s humanity. On Yom Haatzmaut, we can all add this to our calculations of kevod shamayim and kiddush Hashem (the glorification of G-d’s name in the world) that has been wrought by the State of Israel.

[Note: An earlier and longer version of this article was published in The Jerusalem Post and [3]Israel Hayom [4] in January 2022.]