Selling out to Iran is ghastlier than bowing to Putin

Allowing Iran to march merrily forward with its nuclear bomb and ballistic missile programs and its hegemonic regional ambitions is an even worse threat to world security than the Russian invasion of Ukraine, and certainly to Israel’s security. 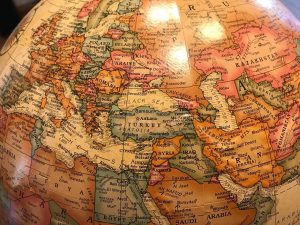 Even in the Israeli media, reporters and analysts have been loudly debating all week whether Jerusalem’s mild expression of “concern” about Russia’s initial incursion into eastern Ukraine was sufficient or delinquent. (Israel did so without even mentioning Russia!) This question has been the lead headline, along with reporting about preparations for the possible evacuation of Ukrainian Jews and Israelis in Ukraine.

In this newspaper too, the Ukrainian crisis has been the lead item, along with stories about Israeli coalition disagreements, “better food for IDF troops by Passover,” the Pegasus predicament, and “LGBTQ-phobia.” Only secondary attention only been devoted to the ills and implications of a new P5+1 deal with the nuclear mullahs of Tehran.

Every diplomat and foreign VIP visitor I spoke to this week too, asked me first and foremost about Israel’s calculated “caution” (i.e., reticence) in speaking out against Putin’s aggression in the Ukraine (i.e., not really speaking out at all). No-one sought-out my views on the rotten, earth-shattering, imminent nuclear sell-out to Ayatollah Ali Khamenei.

(The explanation for Israel’s low profile on Ukraine has to do with the fact that Israel now has a “border” with Russia given that Putin’s air force dominates the skies of Syria. Israel needs to maintain cordial coordination with Moscow for freedom of Israeli military action against forward Iranian targets in Syria. So why tick-off Putin by taking too-strident a tone on Donbas?)

I certainly realize that Putin’s assault on Ukraine has far-reaching global consequences. After all, Putin means to attack not only the Ukraine but the entire the Western-led world order.

As Anne Applebaum convincingly has explained in The Atlantic, Putin not only wants Ukrainian democracy to fail and the Ukrainian economy to collapse, but “he wants his neighbors—in Belarus, Kazakhstan, even Poland and Hungary—to doubt whether democracy will ever be viable, in the longer term, in their countries too.”

“Farther abroad, he wants to put so much strain on Western and democratic institutions, especially the European Union and NATO, that they break up. He wants to keep dictators in power wherever he can, in Syria, Venezuela, and Iran. He wants to undermine America, to shrink American influence, to remove the power of the democracy rhetoric that so many people in his part of the world still associate with America. He wants America itself to fail.”

SO, YES, UKRAINE is a big story, and Putin is a menace to Western stability. But I will argue here that allowing Iran to march merrily forward with its nuclear bomb and ballistic missile programs and its hegemonic regional ambitions is an even worse threat to world security, and certainly to Israel’s security.

The about-to-be signed nuclear deal with Iran is “shorter and weaker” than President Obama’s bad 2015 deal with the Ayatollahs. The old/new deal maintains soon-coming sunset clauses; does not guarantee IAEA supervision of Iranian nuclear installations “anywhere and anytime”; and does not give global powers the actual ability to activate the “snapback mechanism” which allowed President Trump to reimpose sanctions.

It will whitewash all of Iran’s nuclear program violations to-date (like enriching uranium to the 60% level) and allow Iran to keep its advanced centrifuges. It will pave a certain path for Iran to acquire a nuclear bomb in the coming years.

Reportedly, the just-round-the-corner agreement also lacks any mechanisms that will force Iran to engage in additional negotiations over a “longer and stronger” deal before the old/new deal expires – something that the Biden administrated had promised to Israel and the American public when it set-out its goals.

Chillingly, the deal also will grant Iran hundreds of billions of dollars in sanctions relief, allowing Tehran to rehabilitate its economy and continue funding its terrorist proxies and hegemonic aggressions. Instead of re-imposing maximum economic pressure and building a credible military threat against Iran, Biden is surrendering to Iran.

The extremist Islamic regime in Tehran undoubtedly will point to the deal as evidence of its morality and superiority, and of the weakness of the US and Israel.

According to some reports the Biden administration even is considering the de-classification of Iran’s Islamic Revolutionary Guard Corps as a terrorist organization. The IRGC is the roof organization of Hezbollah, Islamic Jihad, the Houthis in Yemen, and more. It is mullah’s forward shock-force against Iran’s adversaries, acting to undermine pro-Western governments and pro-Israel Sunni regimes from central and south America to Africa, Europe, Asia, and the Middle East.

The IRGC also operates Iran’s growing fleet of sophisticated and long-range attack drones. Iranian UAVs have made deadly and devastating attacks on targets at sea in the Arabian Gulf and beyond, and against American targets in Iraq. Iranian UAV attacks have claimed innocent lives, such as British and Romanian civilians killed in the attack on the “Mercer Street” oil tanker off the coast of Oman. Iranian UAVs and missiles endanger civilian flights across the region, too.

If all this is not a clear-and-present-danger to world peace and security, I don’t know what is.

Of course, this where the crises with Russia and Iran coalesce. These countries (and China too) seek to emasculate the West, to expose America as a paper tiger. Putin wants eastern Europe back in the Russian orbit. Iran wants to go further – to bring about the Shiite messianic era, which means bringing the entire Middle East (at least) under its thumb. Which means crushing Israel and enervating America.

PrevPreviousWho is afraid of the Abraham Accords?
NextBeware Turkish wolves in sheep’s clothingNext