The Strategic Survey for Israel 2022 published this week by the Tel Aviv-based Institute for Strategic Studies (INSS) misses the mark. Where is the Zionist fervor to upgrade Israel’s security situation by taking the offensive against our enemies? … Israel must overcome its adversaries by crafting a newly “woke” (!) Zionist security doctrine that is not afraid of friction; that insists on classic Zionist principles like settlement and governance over Biblical homelands, and that educates the public towards renewed belief in the justice of Israel’s struggle. 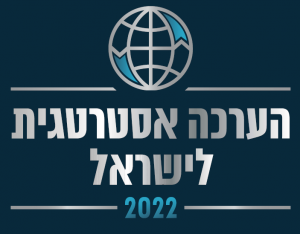 The Strategic Survey for Israel 2022 published this week by the Institute for Strategic Studies (INSS) is a fine summary of Israel’s defense challenges on three “converging” fronts: The Iranian nuclear front, the Palestinian front, and the domestic arena (polarization, extremism, and “weak governance, particularly in uncontrolled enclaves”).

Experts at the Tel Aviv-based think tank contend that “these three threats are equal in their severity, and that the main challenge is to define an integrated way of dealing with all three.”

They bemoan the fact that “Israel’s strategic situation is marked by failure to maximize its security, economic, and technological potential in its response to the political, security, and internal challenges it faces. This is due to the lack of an integrated, consistent, and long-term strategic approach.”

Alas, the document does not suggest any integrated, consistent, and long-term strategic approach to dealing with the three “converging” threats. It offers bits and pieces of relatively bland, expected, and non-controversial advice. It lacks any overriding vision for digging Israel out of its messy strategic situation.

The banal INSS recommendations include pearls like “set up mechanisms for integrated government planning and action to restore law and order”; “improve the fabric of civilian life in the Palestinian Authority”; “extend economic contacts with countries of the Eastern Mediterranean”; “advance the Abraham Accords”; “invest in developing science, technology, and technological studies”; and “continue military buildup along the lines of the IDF multi-year “Tnufa” (Momentum) program.”

And then there is this brilliant bit: “Build a credible military option to stop Iran from achieving a nuclear weapon, preferably in coordination with the US.” Yeah, like sure, duh, how does one do that with the Biden Administration?

The most that one can say is that thank G-d, the new INSS report doesn’t recycle the institute’s dangerous and stale policy prescriptions of previous years for unilateral Israeli withdrawals from Judea and Samaria; withdrawals that were meant to supposedly “strengthen” the Palestinian Authority and “preserve” the option of a two-state solution.

Perhaps this is because Major General (res.) Amos Yadlin, who pumped the unilateral withdrawal platform for years, no longer heads the INSS. Or perhaps it is because Yadlin’s successor, Prof. Manuel Trajtenberg, holds more centrist political inclinations. Or perhaps the document’s authors simply realized that current Israeli politics doesn’t allow for any substantial diplomatic moves in the West Bank – so why recommend a dead letter. Or perhaps (halevai!) it is because INSS researchers have come to their senses given the obvious reality that Israeli withdrawals would lead to Hamas rule in the West Bank.

WHATEVER THE CASE MAY BE, the new INSS report is rather sterile. It reads like a neat clinical lab report. It evinces no passion or sense of urgency; no clarity of purpose other than want for the nondescript term “security.” It reads like a plan for politicians and citizens who have grown accustomed to the pursuit of day-to-day quiet as a strategic choice.

Mainly, the report misses the mark because it fails to recognize the enemy and to offer Zionist security solutions that draw upon wellsprings of faith and which rally the country for long-overdue, renewed struggle.

The enemy is a combined Israeli Arab/Palestinian and Western liberal juggernaut to declare Israel – all of Israel – a grand colonialist mistake, an illegitimate interloper state, an outpost of apartheid that must be supressed. The enemy is combined Israeli Arab/Palestinian/Iranian effort to undermine the basic daily security of Israelis by shootings, stabbings, robberies, rioting, and rockets.

One can’t quiet these onslaughts by adjustments to the Green Line or throwing more money at Bedouins in the Negev or Arabs in the Galilee, Lod, Jaffa, and Acre – which is more or less what the INSS suggests.

Rather, Israel must rout these onslaughts by taking emergency offensive against its combined enemies. Israel can overcome its adversaries by crafting a newly “woke” (!) Zionist security doctrine that is not afraid of friction; that insists on classic Zionist principles like settlement and governance over Biblical homelands, and that educates the public towards renewed belief in the justice of Israel’s struggle.

This means articulating a formal national security doctrine that is avowedly nationalist and Jewish, and that aspires to a transformed (not just an improved) strategic situation. It means bringing back the original, Ben-Gurionist concept of “hachra’a,” decisive victory, along with stout “harta’a,” deterrence of Israel’s enemies.

YOU’LL FIND NONE OF THIS in the INSS report. Instead, you get denial about the true sources of Islamic-Arab violent anarchy in the Negev, Galilee, and mixed cities, and warnings not to use “belligerent terminology” such as “an intifada within Israel” or “a war on armed militias.”

The report even ridiculously suggests that since last May’s Arab riots across Israel there has been a return to “stability” and renewed Jewish-Arab cooperation – when nothing could be farther from the truth! It is as if the ongoing daily stonings, assaults on property and people, and organized resistance to projects of the Government of Israel (like strategic JNF tree planting in the Negev) don’t exist.

Apparently, these rebellions don’t fit into the preferred – tidy and calm – worldview of analysts who sit in Tel Aviv. But unless Israel acts with determination to recapture the hinterlands of the Land of Israel it will face a tsunami-like mass Arab uprising across Israel and West Bank in the next instance of conflict.

Other examples: In the INSS report, you get neutral talk about Israel again seeking accommodation with Bashar Assad, without due consideration of his genocidal crimes against his own people and his umbilical connection to the jihadists in Teheran.

You get achromatic talk about “continuing efforts to formulate moves in the spirit of ‘economy in exchange for security’ regarding Gaza.” Nothing about the need to crush Hamas, a difficult and costly effort that is nevertheless necessary and inevitable, and that also will benefit Israel’s governance in united Jerusalem, the West Bank, Galilee, and Negev (since Hamas inspires and supports much of the resistance in these areas).

Israel doesn’t need think tanks that are “MeHa’oom” (from the United Nations); that hug an amorphous center so that think tank colleagues and policymakers in Washington or London are not offended; that fail to offer vision or suggest visionary plans of action.

Israel needs think tanks and deep thinkers who recognize this country’s emergency circumstances and are prepared to buck convention in offering revolutionary policy prescriptions. Policies that combine caution with cunning and commitment to victory. Policies that stem from an ethos of relentless certainty in the justness of Israel’s path.