My crystal ball for Israel in 2022

Looking ahead, this is what I see: A rotten nuclear deal with Iran, conflict with Hamas and Hezbollah, government stability but stagnation, and despite it all – a banner economic year. 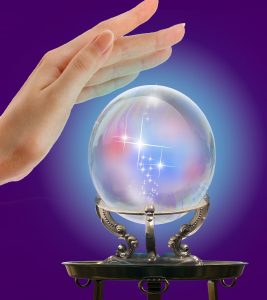 The perils of predicting political and diplomatic developments are well-known, especially in the Middle East. “Black Swan events” seem par for the course (i.e., events that are highly improbable, difficult to predict, and end up having drastic consequences).

Indeed, the accuracy of my forecast for 2021 was mixed. I thought that Donald Trump would have to be dragged out of the Oval Office by US Marines. I wrongly expected Israel to be forced into a fifth election campaign and did not see the rise of a government led by Naftali Bennett, Yair Lapid, and Mansour Abbas. (Earlier, I predicted that Trump would withdraw all US troops from Afghanistan. Biden did that instead.)

I accurately predicted that Israel’s new peace treaties with the UAE, Bahrain, Sudan, and Morocco would hold firm, despite the Biden administration’s lack of enthusiasm for them. I estimated two to three years before Riyadh publicly embraces Israel, and I stand by that assessment.

(Comoros, Oman, and Indonesia may normalize their relations with Israel this year. Relations with Egypt and Jordan should continue to improve too, a wonderful by-product of the Abraham Accords.)

I also was right that global travel restrictions would continue throughout the year because of corona, and that anti-vaxxers and conspiracy theorists would inhibit the willingness of masses to get vaccinated.

Regrettably, I fear the corona situation persisting this year. Beyond that, here is what I see when looking into my crystal ball for 2022. I don’t claim clairvoyance but base myself on hard-nosed realism and cautious analysis.

* Global developments: America’s adversaries will take advantage of the debilitating political effects of the corona crisis to boldly grab what they can while President Biden is distracted. Russian troops will move further into the Ukraine, effectively annexing most of it. China will seize Taiwan.

Iran will drive forward with its nuclear weapon and ballistic missile programs, and with its encirclement of Israel via proxies from the north and south (under the cover of a ridiculous “new deal” with the P5+1 – see more below).

The Republicans will retake the House of Representatives. Emmanuel Macron will be reelected president of France. Boris Johnson will lose his post as prime minister of Britain.

Norway (as usual) will win the most medals at next month’s Winter Olympics in China. Let’s hope that China doesn’t send tens of thousands of athletes and coaches home with a new strain of corona from the labs in Wuhan.

* Iran: It is not hard to forecast that this year Biden will cut a soft deal with Iran, to revive the liver-lily JCPOA agreement of 2015 and vindicate his old/real boss (former President Obama), while snuffing the remaining embers of Donald Trump’s foreign policy. It is a deal that supposedly will halt Iran’s finishing touches on a nuclear bomb array, but in practice merely will kick the problem down the road to the next US president’s watch. Washington is about to release $7 billion in Iranian assets frozen in South Korea as grease for this new deal.

Nobody is talking about dismantling Iran’s deeply sunk-into-ground nuclear development facilities or confiscating its ramped-up stockpile of highly enriched uranium. In other words, Iran will pocket all its advances in violation of every accord paragraph it had signed onto.

And therefore, one day Israel will have to act militarily against Iran’s nuclear facilities with more than computer viruses and targeted assassinations. Not surprisingly, Israel has increased the 2022 defense budget to nearly NIS 60 billion ($19.2 billion), a large chunk of which is earmarked for planning a military strike on Iran.

* Hezbollah and Hamas: Israel is likely to wage this year a multifaceted war against Iran’s terrorist proxies in the region (Hezbollah, Hamas, and Islamic Jihad) in successive or simultaneous fashion. Prime Minister Naftali Bennett reportedly admitted as much before the Knesset’s Foreign Affairs and Defense Committee this week. A full-scale IDF operation to degrade enemy capabilities in Lebanon and Gaza is just a question of time, and this needs to be done before directly striking at Iran in Iran.

One must wonder whether Washington will back Israel full-throatily in such circumstances of intense ground combat (with all the civilian casualties this will entail). Unfortunately, I suspect that the answer to this question depends on Israel’s acquiescence to Biden’s expected “new deal” with Iran, creating a Gordian knot for Israel.

This gives lie to the PA’s constant threats to dissolve itself and explains Israel’s contradictory policy of buttressing the PA (and allowing the EU and America to lavishly cradle the PA) even as Ramallah venerates violence against Israelis and savages Israel in every international forum. Mahmoud Abbas’ diplomatic envoys act daily to criminalize and delegitimize Israel, and continue to deny any historic Jewish rights to Jerusalem and the Land of Israel.

I would like to predict that this is the year Israel will end its prevarication and force Abbas to make a choice: He can “pay for slay” and launch suits against Israel in the Hague, or IDF troops can continue to protect him from Hamas takeover – but he can’t play Israel for a fool and enjoy both privileges. Alas, that would be an inaccurate prediction.

* Israeli government: Binyamin Netanyahu won’t resign, won’t cut a plea bargain with his prosecutors, and won’t allow a leadership race in Likud. All this, ensures the longevity of the Bennett-Lapid government; Netanyahu is the glue that holds it together.

In fact, I predict that the current government will be strengthened by the “defection” of a haredi faction from opposition to government benches. In other words, I suspect that Degel HaTorah will soon weasel its way into the government. MK Moshe Gafni will say that he is acting to “save” yeshiva and kollel institutions from financial starvation.

But this does not mean that Yair Lapid will become prime minster in November 2023. A lot of foul water will flow under the bridge before then, with Mansour Abbas creating coalition crises every other month at will – like the current clash over JNF tree planting on state lands claimed by the Bedouin in the Negev. The defiant behavior of Raam MKs makes it unlikely that the government will be able to act with determination to overcome anarchy in Arab society, from illegal building to illegal firearms possession.

*Religious reforms: I salute the government for its moves towards improving kashrut supervision, conversion court procedures, and Haredi draft law. But I suspect and sadly predict that the Chief Rabbinate and haredi leaders will scuttle all these efforts, ensuring that the new procedures either will not be implemented or will amount to naught.

Nevertheless, I don’t think that the heroic work of Religious Services Minister Matan Kahana is a complete wash. The changes he seeks are logical, needed, long-term structural reforms (which are halachically valid too), so one can remain hopeful that eventually some of his revisions will take root.

The same goes for the investigations into last year’s Lag BaOmer disaster in Meron. I don’t really believe that the probes will lead to significant change in the way the place is run (or mis-run) – because of the haredi community’s insistence on autonomy from good governance and its reflexive opposition to “outside” intervention. But perhaps over time, good-sense safety consciousness will take root in the haredi community too (regarding Meron, the corona pandemic, and more).

In the meantime, Minister Kahana should focus on changing the rabbis who sit on religious councils and in chief rabbinate positions. He should be planning far in advance how to elect the right chief rabbi/s next time; people who have a broad view of Israeli society and broad shoulders on which to carry controversial decisions.

* Economic boom, and more: Despite the mostly pessimistic predictions above, this will be a banner year for Israel in many ways, as was 2021. Israeli companies raised more than $22 billion in capital in 2021; exits, mergers and acquisitions, and initial public offerings totaled $80 billion; the accumulated market capital of Israeli companies trading on Wall Street was $300 billion; and there was a record 79 unicorns, companies valued at $1 billion and up.

In short, the country sizzles with creativity, and this will bring continued massive foreign investment and ever-accelerating partnerships with countries and businesses from Marrakesh to Mumbai and Melbourne.

Most importantly, Israel is strong. Its security forces are vigilant, its military technological edge is formidable, its diplomatic reach is expanding, and its democratic culture is healthy. The faith of its people is robust and their grit undiminished. So, in overall analysis, the year ahead should be bright, despite impending conflicts and coronavirus uncertainties.

PrevPreviousThere is no diplomatic tsunami
NextIsraeli medical humanitarianism is under-appreciatedNext