Nothing short of a deep commitment to traditional Jewish ritual practice will lead to a revitalization of Jewish life in America and create a basis for recovery in Diaspora-Israel relations. 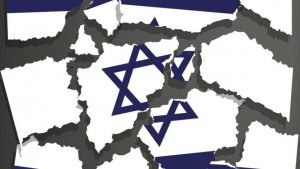 In 2018, the American Jewish Committee ran a symposium with contributions from 25 Israeli and American Jewish thought-leaders on how to “bridge the divide” and “bring Israeli and Diaspora Jews into greater appreciation for the priorities and needs of the other.”

Only a few of these figures were prepared to admit that the future of Diaspora Jewry and the health of Israel-Diaspora relations were dependent, mainly and simply, on Jewish schools and shuls. On a return to core Jewish education and practice in America.

Now, finally, that realization may be sinking in, and one hopes that it is not too late.

Back then, the pundits threw out “solutions” for Israel-Diaspora “distancing” like aggressive campaigning for full denominational religious pluralism in Israel (– as if that would paper over all differences and bring about Jewish renaissance and Israel-Diaspora bliss).

Other “experts” called for a new “consultative mechanism,” some form of Israel-Diaspora parliament, that would have to be consulted before Israel adopted policies that affect the broader Jewish world (– as if the Jewish Agency and World Zionist Organization don’t already play this role, and as if Israeli leaders need to be further constrained by Diaspora Jewish leaders).

Much more thoughtful figures sought renewal of “liberal Zionism” as an intellectual creed to be taught, or a revival of “spiritual and cultural Zionism” through creative Israel-Diaspora partnerships in art, music, dance, and literature. (Fine ideas, as far as these might go.)

But very few thinkers were willing to call on the organized Jewish community to spend less time on politics and less money on episodic social gatherings for almost-surely-lost millennials, and instead focus on Jewish and Zionist education through day schools that teach an all-embracing Jewish identity to the very young.

And even these brave figures (which included Eliot Cohen, Elliott Abrams, Jack Wertheimer, and Ken Stein) couldn’t quite bring themselves to level with their co-religionists and countrymen and tell them the fuller truth.

The fuller truth is that nothing short of a deep commitment to traditional Jewish ritual practice – with its personal strictures and many community boundary demands – would likely to lead to a revitalization of Jewish life in America and subsequently create a solid basis for recovery in Diaspora-Israel relations.

To some, this may sound fundamentalist, but so it goes. This does not necessarily mean Orthodoxy, but it does mean something very close to it. It means teshuva, a return to basic Jewish practices and principles.

FACED WITH “WOKE” abandonment of sympathy for Israel and traditional Jewish identity, Diaspora Jewish leaders finally may be awakening to hard realities: That in grand historical perspective, rigorous ritual engagement and intensive communal religious commitment is the only historically proven formula for a sustainable and proud Jewish life.

Only a deep commitment to traditional ritual will revitalize Jewish life and solidify ties with Israel.

A series of recent articles (penned in admittedly conservative publications like Sapir and Commentary), makes it clear that Israel-Diaspora “distancing” isn’t really because of politics or denominational status. It isn’t really about egalitarian prayer at the Western Wall, settlements and Palestinian rights, or upset about the tangible tensions between democratic norms and Judaic imperatives within a Jewish state (i.e., conflict with haredi Jews on matters of personal status, army service, etc.).

Rather, the “distancing” is generated by societal realities and liberal lifestyles in the Diaspora that have led to Jewish disaffiliation and ultimately suicidal Jewish results.

The resultant call explicitly is for renewed Jewish “content” and, gulp, “religion.”

Daniel Gordis makes the case for Jewish fortification from the inside. Richer and deeper content in Jewish education. “Young American Jews have no sense of the grandeur in Jewish scholarship and thought that has been abandoned. (It is no wonder that we cannot) retain their wandering loyalty. Jewish illiteracy also has vitiated Jewish pluralism. Absent Jewish literacy, who could possibly ground their views on any issue in Jewish terms?

“This is our fault, because we have robbed the Jewish tradition of the power to enrich its people. When we failed to teach the texts and rituals that have been its foundation, we weakened our connection to a great civilization – and also to one another.”

Elliot Cosgrave (who, like Gordis, is affiliated with Conservative Judaism), says simply that continuity requires religion. The Biblically defined mitzvot (ritual commandments) “are the sacred shibboleths by which Jews build conscious community… It is only by way of mitzvot, the positive acts of Jewish identification, the language and behaviors of the Jewish religion, that Judaism will survive. Mitzvot are the mystic chords, the commitments and commandments by which one Jew connects to another — and, belief permitting, to God.”

“As important as nonreligious expressions of Judaism may be, they are entirely insufficient to transmit the riches of Judaism from one generation to the next… In many cases, the secular commitments of American Jews serve as compensatory guilt offerings hiding paper-thin religious identities. In all cases, they presuppose a commitment to Judaism that, for much of American Jewry, is not as present as we would care to admit. My concern is that ramified effects of a Judaism without the foundation of religion will prove to be our undoing, a giant sinkhole into which the hard-earned superstructure of American Jewry will collapse.”

“Uncomfortable as it is to discuss, the impoverished condition of the religion of American Jews sits in plain view. We are more at home debating the Iran deal and the grades of uranium that can be weaponized than we are opening a prayer book. We make every effort to understand the opportunity and challenge of critical race theory, but we are flat-footed when asked to consider what it means to stand in a covenantal relationship with God.”

“We are willing to drive for hours to freeze on the sidelines of our children’s club sports, but we find ourselves unable (or unwilling) to sit next to them in synagogue on a Friday night or Shabbat morning. We will try any fad diet other than the one prescribed by our Torah. We would rather label another Jew a ‘self-hating Zionist’ or ‘settler-colonialist’ than acknowledge that our children or grandchildren have no ostensible connection to Judaism, never mind the State of Israel.”

GORDIS KNOWS that “we need new leaders. We need radically reconceived rabbinical schools.” How can he think otherwise, when 93 American rabbis-in-training publish a letter during the recent Hamas war against Israel calling Israel an apartheid state and insisting on a rethinking of US military support for Israel? How can it be otherwise when a similar number of Canadian Reform movement members call on their denominational leaders to buck “Jewish-supremacist attitudes in Israel,” to downplay the celebration of Israel’s achievements and culture, and to “bring concern for Palestinians/Arab human rights to the front and centre”? They want to bring “our Reform Jewish values of tikkun olam of combating structural racism in the diaspora into line with our work in Israel-Palestine.”

When such sentiments are what passes for “Jewish identity,” then assimilation, intermarriage, disaffiliation from Israel, and outright hostility to Zionism are inevitable.

On the other hand, if Diaspora Jewish (and Israeli!) leaders are prepared to invest in teaching Jewish tradition – Shabbat, kashrut, prayer to G-d (yes, G-d!), Torah study, and other classic mitzvot that create real identity and community – then both the Jews of America and Diaspora-Israel relations can be repaired.