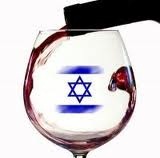 Given the scary coronavirus news and the depressing lockdowns, and the even more depressing coalition politics, readers have encouraged me to write something uplifting for this end-of-Passover weekend. I choose to focus on Israel’s wine wonders. (Some say, in jest, that drinking good red wine slows the spread of the virus).

Over the past 10 years, Carmel, Castel, Golan, Teperberg, Tzora and Yatir have garnered global awards for their wines. Other standouts are Gvaot, Psagot, Shiloh and Tura in Samaria; Drimia, Five Stones, Flam, Hayotzer, and Oryah in the Judean and Jerusalem mountains; Dadah and Vitkin on the coastal plain; Netofa, Ramot Naftaly, Lueria and Tulip in the Galilee, Bazelet and Matar in the Golan; Midbar in the Negev, and so many more fine wineries.

To me, this is a crystal-clear sign of Divine favor (– what Jewish tradition calls a siman muvhak). After 2,000 years of desolation and neglect, the Land of Israel is coming alive and giving forth glorious fruit to its indigenous people! This is nothing less than Biblical prophecy come true: Of such abundance that “Judah shall wash his garments in wine and his clothes in the blood of grapes” and “his eyes will be shot red with wine” (Genesis 49:11).

Indeed, in the time of redemption the mountains of Israel are commanded to “shoot forth your branches and yield your fruit to My People Israel; for they will soon come” (Ezekiel 36:8). The Jewish People is promised that like the days of old, “Judah and Israel (will dwell) safely, every man under his vine and under his fig tree, from Dan to Beersheba” (Kings I 5:5).

Israel’s main strategic advantage in winemaking is the enthusiasm of well-educated young Israeli winemakers who are conversant with the latest grape-growing techniques and winemaking technologies. They experiment with plantings in widely-different terroir – ranging from the volcanic Golan, to the clay and Terra Rossa of Galilee, Judea and Samaria, and the loess sands of the Negev.

This includes veteran Israelis who trained in France, Italy, Australia and California, and wine-making immigrants who brought their professional skills and idiosyncratic styles to Israel.

Unfortunately, the acrid European Union is missing out on much good Israeli wine. Some of the grapes are sourced over the EU-sanctified Green Line, and this makes them forbidden and boycotted “settlement goods.” Perhaps it bothers the EU that there are Biblical and Zionist echoes resonant in every glass of Israeli wine. I think the EU has a bad case of sour grapes.

WHAT FOLLOWS is a roundup of Israeli red wines that I have tasted at winter wine festivals or drank over Passover in our home. These are not the highest-end, most-expensive Israeli wines, but rather are reasonably priced, mid-to-higher-end wines.

The best (and most expensive) wine I drank this holiday (at the Passover seder, in honor of the birth of a granddaughter on the eve of the holiday), undoubtedly was Golan Flam’s flagship wine, the Flam 2012 Noble. It showcases the stunning terroir of the Judean Hills and Upper Galilee, giving a wine that is complex yet restrained, rich yet soft, long and intense.

Remember that Jewish law mandates a special blessing after drinking Israeli wine: al haaretz ve-al pri gafna: “Blessed is the Lord who gives us the Land of Israel and the fruit of its vines.”