Sending-off your son this week to serve in the IDF is a raw test of Zionist commitment, especially during a contagion. 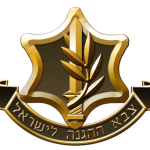 One of the greatest points of pride in raising children in this country is the privilege of seeing them inducted into the Israel Defense Forces.

At the very same time, an utmost source of angst in raising children here is the need to send them off to serve in the Israel Defense Forces.

None of this is news to readers of this paper, many of whom have seen their children devote years of their life to military service, even to the toughest combat.

Nor is it new to me. My eldest son fought in Gaza; a second son is a career officer in a sensitive post; and two sons-in-law are officers as well.

And yet I had a new experience this past week, when my youngest son was drafted into a front-line combat unit while this country finds itself under the coronavirus gun.

And sure enough, within 24 hours of reaching his new base deep in the desert, he and 20 other soldiers in his battalion were quarantined because it emerged that they were exposed to a confirmed corona carrier before induction.

They were given a few hours to build themselves a tent in an isolated location with a fence around it. Eventually a medic joined them to check temperatures and monitor the situation.

We sort of knew that something like this could happen, and it could yet happen again. When you have hundreds of young men from all parts of Israeli society who are training, exercising, sweating, showering, sleeping and eating together in close quarters, it is hard to contain contagion.

In fact, 23 IDF soldiers are known to be sick with coronavirus, and 5,600 soldiers and civilian employees of the IDF are in quarantine, including 240 lone soldiers. Managing this is an enormous challenge, while keeping the military’s critical units operationally ready.

CORONAVIRUS ASIDE, most of the pre-draft conversations my son and I had focused on issues of character, leadership and faith while serving in the army.

Since my military career is gloriously close to non-existent (I served in the IDF for a grand total of one week!), there wasn’t a lot of tactical advice I could give him, except to take care of himself physically, protect his platoon buddies and the country to the best of his abilities, and try to call home often.

I also told him that when in a situation of direct personal danger from enemy combatants, shoot first if the open-fire guidelines allow this and ask questions later. He should worry more about his own safety and that of his team than Human Rights Watch or Amnesty investigations. If necessary, I’ll get him a good lawyer.

We also talked about how to guard himself spiritually and religiously; not to lose the natural innocence of youth; not to become too cynical, negative or self-centered, as seems to be pattern these days. Don’t let such malaise get ahold of you, I said.

Patriotism isn’t a dirty word. Be proud of your military service, I added. (My father-in-law, Rabbi Yitzhak Pechman, whose yarhtzeit is today, certainly would have beamed with pride to see yet another grandson in uniform).

We also talked about avoiding quick judgments made from ignorance or antagonism. Unfortunately, Israel’s poisoned political and social discourse often leads to crude labels and stereotypes. These are intellectually flawed shortcuts designed to serve weak and fearful minds. Have the patience to withhold judgment out of what should be an overriding concern for Klal Yisrael, I told my son.

The truth is that I didn’t really need to lecture my son on any of this. He is far more refined, reflective and gentler a man than I ever will be.

And I know for certain that he and his hesder soldier-colleagues will manage to squeeze daily Torah study into their hectic military schedule. I am absolutely convinced that 20 minutes a day of tenaciousness in studying Torah while in the IDF is credited by the Heavens as equivalent to, or perhaps much greater than, 20 hours a day of Torah study in the serene seclusion of a yeshiva.

Mainly, my son and I had an extensive conversation about Jewish destiny and responsibility. He didn’t really need the talk, but I did.

To him, the task resting on his shoulders was and is clear: To defend his family and the country, to do so in the most moral way possible, and in the process to bring about a kiddush Hashem, a sanctification of G-d’s name in the world. Also, he said: To rectify thousands of years of Jewish defenselessness and victimhood.

My need for the conversation was primitive. I needed to refortify and remind myself why it was that I was sending yet another son off into danger; why I was propelling him into a playground filled with automatic rifles and sniper scopes; and why I ought to be proud that he’ll be spending the coming years lying in ambush on the Syrian or Sinai borders instead of studying medicine in university or Torah in yeshiva.

This, of course, is strange, because I’m the one constantly lecturing people on the grand historical drama of the Jewish return to Zion and the unique privilege of our generation in rebuilding the People of Israel in the Land of Israel. I’m the guy always hectoring my haredi relatives about the nobility and religious obligation involved in military service. I’m the speaker at pro-aliyah events explaining to prospective immigrants how their children and Jewish history will thank them for making the move to Israel.

And yet, here I was searching for reaffirmation to assuage my fears. My noble son’s ardent commitment and faith provided such reaffirmation in spades.

“Go with your great strength and save Israel” (Judges 6:14).