A political-diplomatic forecast for the year ahead: A fourth election in Israel, Trump victorious, Jerusalem expands into E-1, and regrettably, more antisemitism. 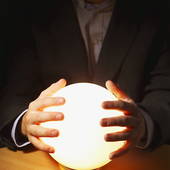 If you predicted one year ago that Israel would be forced into a third election within one year; that Naftali Bennett would be defense minister and Amir Ohana justice minister; and that America would recognize the legality of Judea and Samaria settlements – most people would have considered you crazy.

Yet all this happened, which tells you something about the perils of predicting political and diplomatic developments.

In fact, many of my forecasts for 2019 were off-base. I wrongly expected Prime Minister Netanyahu to form a fifth government with Benny Gantz as defense minister; the Supreme Court to declare the Jewish Nation State Law “unconstitutional”; the launching of a full-scale IDF ground operation against Iranian targets in Lebanon and Syria; and the presentation of Trump’s long-awaited Mideast peace plan.

On the other hand, the above developments are possible-to-likely in 2020. Perhaps it’s just my timing that was off.

What I got right in last’s year’s forecast, alas, was a sharp rise in anti-Semitism and anti-Zionism on the hard-left wing of the US Democratic Party, including a call to cut aid to Israel.

I also correctly predicted that, despite his repeated threats to resign, Palestinian Authority leader Mahmoud Abbas would cling to his perch to keep his $3 billion corrupt “authority” afloat.

Here is what I see when looking into my crystal ball for 2020:

* Elections: In March, Israel will end up with another political deadlock, but Netanyahu won’t resign or cut a plea-bargain with legal authorities. Instead, he’ll maneuver Israel into a fourth election in September while delaying his trials. President Trump will be re-elected for a second term, mainly because the Democratic field of candidates is weak, and the US economy is holding strong. There won’t be elections in the Palestinian Authority.

* Big parties: The central discourse over the next two months, advanced by Likud and Blue & White alike, will be the demand to vote only for one of these two large parties; not for any of the “splinter” parties to the right or left. Israel needs political stability, we will be told, and this means solidifying a two-party reality.

Of course, this doesn’t guarantee a clear political result, but I think that the argument will catch on, leading to the elimination of smaller factions, for better or worse: Meretz/Democratic Union, Labor, New Right and “Old Right” (United Jewish Home). I wish that it would lead to disappearance of that incorrigible rabble-rouser Avigdor Lieberman and his Yisrael Beiteynu party!

* No Palestinian elections: There is absolutely no reason for Israel to allow Hamas to participate in any West Bank election, or to permit Arab Jerusalemites to participate in such elections. As Prof. Efraim Inbar has written, Mahmoud Abbas knows that elections with Hamas would be a mistake, and that Israel won’t countenance Palestinian voting in Jerusalem – which proves that Abbas isn’t serious about this initiative. It won’t happen; and that is just as well.

* Supreme Court over-interventionism: I still fear that Court President Esther Hayut is getting ready to strike down the Jewish Nation State Law, even though the law itself is meant to be a constitutional anchor and thus the court has no real jurisdiction. The Court could even rule later this spring that Netanyahu is all-together disqualified from forming a next government because of the criminal indictments against him. The court’s outrageous buttinsky behavior makes it necessary that the next Knesset pass a law allowing for override of beyond-the-pale court decisions.

The court also has been domineering and unhelpful regarding haredi draft exemptions, striking-down the Tal, Plesner and Shaked plans successively – which were uncomfortable but intelligent political-societal compromises that might have worked. This issue too will roar back onto the Knesset and court agenda in 2020.

* The Trump Mideast plan: Palestinian leadership must be disabused of the notion that it can coerce Israel into wide-ranging and risky withdrawals by appealing to international courts to criminalize Israel. In fact, the longer Palestinians are obstructionist, the less “statehood” they eventually will obtain. This is what Washington has been doing by recognizing the legality of settlements and Israel’s sovereignty on the Golan, moving the US embassy to Jerusalem, cutting aid to the PA and UNRWA, and more.

In 2020, I expect Washington to green-light a declaration of Israeli sovereignty over the Jordan Valley and a significant extension of Jerusalem eastwards into the E-1 quadrant. I hope that Blue & White welcomes these diplomatic advances, whether the party is in government or opposition; something that would clarify an Israeli national consensus to the world. These moves will rock Israel’s relationship with Jordan, but the Hashemite Kingdom is so dependent on Washington and Jerusalem that it will have no choice but to grimace and bear it.

* The US and Iran: Washington will continue to back Israel in its “war between wars” against Iranian-backed forces in Lebanon and Syria, and Trump himself occasionally will strike hard at such militias when Americans are targeted (as he did this week). But Israel also must be prepared for the problematic possibility of renewed US-Iran talks – which Trump truly wants – and work to ensure full coordination with Washington regarding the demands to be made of Iran.

* Turkish muckraking: In addition to Iran, Israel may have to confront Tayyip Erdogan this year, whose aggressive regional behavior is more than a nuisance. His newest gambit to claim half the Mediterranean as Turkish territorial waters (all the way to Libya) is an attempt to block Israel’s planned gas pipeline to Europe.

* Jews in distress: It’s astonishing how rapidly the floodgates of antisemitism have opened in North America, with physical attacks against highly identifiable Jews becoming commonplace and verbal/intellectual assaults against supporters of Israel becoming politically correct, even highly regarded.

Unless the Jewish community puts aside its political divides and joins forces to isolate white-supremacist and progressive-leftist antisemitisms alike, the terrible situation will snowball. Regrettably, I don’t see such unity developing, even in the face of extreme adversity. In fact, antisemitism increasingly will be weaponized as a partisan tool in the US presidential election campaign.

* The good news: Even with expected budget cuts and tax raises, the Israeli economy will remain strong. Natural gas exports from the Leviathan field, beginning this month, will yield financial and foreign policy benefits. Eastern European, Mediterranean, African, South American, Asian and even several Gulf countries will move closer to Israel. And tens of thousands of North American Jews will make aliyah. (Halevai!)