Distortions in the fight against antisemitism 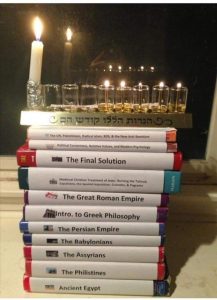 Every Jew is aware that antisemitism is again on the rise around the world. Today’s wave of antisemitic expression and violence is particularly alarming because of a series of disturbing trends, as follows:

* The blind eye: Jew-hatred is surging in the streets, even in North America, yet this has not commanded mainstream media attention nor inspired popular outrage. Worse still, Western thought leaders tend to ignore or downplay the current arc of antisemitism, as Bari Weiss laid out in The New York Times last week. “If hatred of Jews can be justified as a misunderstanding or ignored as a mistake or played down as a slip of the tongue or waved away as ‘just anti-Zionism,’ you can all but guarantee it will be.”

* Mainstreaming: Michigan Democratic congresswoman Rashida Tlaib and some her “squad” colleagues are using their notoriety to bring antisemitic policies and rhetoric into the mainstream, and many news outlets are far too obsessed with the novelty of their identity or enamored by their “progressive” politics to care. Even when Tlaib and Ilhan Omar regurgitated the “dual loyalty” charge against pro-Israel Senators – a classic antisemitic trope – the national Democratic leadership found it hard to condemn them outright or explicitly, without wrapping rejection of the slur in the bland blanket of rejecting “all racist” language.

* Partisanship: The political left only knows how to call-out antisemitism on the far-right and insists on discovering antisemitism in the moderate right even when it’s not there. As a result, liberal groups are wrongly fixated on President Trump’s stereotyping of Jews as crafty businessmen while glossing over the rot ripening in their own ranks. The political right does the same thing in the opposite direction against the left, while insufficiently combating antisemitism of the brownshirt type.

* Hiding behind free speech: The American Civil Liberties Union opposed the largely bipartisan “Anti-Semitism Awareness Act” (S.852) because it “risked chilling the free speech of students on college campuses,” as if the Jew-haters were under siege and not Jewish students or pro-Israel faculty. Now these same free speech fundamentalists are opposing Trump’s recognition of Jewish university students as a class protected from discrimination under Title VI civil rights law. But Trump’s laudable initiative does not prevent respectable criticism of Jews or Israel on university campuses. G-d knows there is more than enough of that going around for “free speech” to be upheld! It merely protects Jews from the worst abuses of hatred and American academia from sliding into cesspools of antisemitism with government support to boot.

* Resistance to IHRA: Another guise for intellectual antisemitism is the “in-principled” opposition in some quarters to the International Holocaust Remembrance Alliance’s (IHRA) definition of antisemitism. The IHRA definition explicitly recognizes that anti-Zionism – the delegitimization of the Jewish state – is a clear and unequivocal expression of antisemitism. This is because Judaism is a creed that indivisibly combines religion, nationhood and a homeland. It is because anti-Zionism employs the same tactics of demonization, discrimination and double standards against Israel that antisemites historically (and still today) use against Jews; and with the same aim – to strip Jews and/or Israel or any rights or power.

* Distraction: The “urgent need to combat antisemitism” is distracting Jewish leaders and organizations from two even more-urgent battles: keeping Jews Jewish and keeping Israel safe. Big Jewish community budgets are being shifted away from core Jewish education and pro-Israel advocacy to the “struggle against hate” and investments in local security.

This is a triple mistake. First, because there is no track record that suggests that, in any Diaspora and at time in history, Jewish activism has been the key ingredient in rolling back antisemitism. Antisemitism is ultimately a disease of non-Jews and can be eliminated only by non-Jews. Second, because at current rates of assimilation and intermarriage there won’t be many Jews left in the Diaspora to protect from antisemitism in just a generation or two. And third, because defense of the modern State of Israel is the central historic challenge of the Jewish People for the 21st century, not fighting the pot-shot, sundry antisemites who always have been around to besmirch Jews and sully their own nations.

* Splintering: If extra effort is nevertheless going to be invested in fighting antisemitism, there should at least be some marshaling of resources. However, new Jewish organizations and uncoordinated programs to combat antisemitism are sprouting like mushrooms after the rain. Donors like Ronald Lauder and Robert Kraft have announced their own organizations against antisemitism, and the Jewish Agency is getting into the anti-antisemitism business too, alongside dozens of other existing and newfangled agencies. How about some sharing and synchronization?

Take an example from Canada, where the Centre for Israel and Jewish Affairs (CIJA) has just launched Maspik! (Enough!), a broad alliance of Jewish and non-Jewish groups who will share ideas and initiatives in combating antisemitism and will have access to a dedicated community philanthropic fund for programs they develop. Such strategic leadership must gain traction internationally.

The author was coordinator of the Global Forum against Antisemitism, under the leadership of Natan Sharansky in the Prime Minister’s Office, 2003-2005.