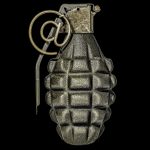 Israel’s current political stalemate is debilitating in so many ways. Government decision making in matters of economy and infrastructure essentially has been frozen since last December, for example.

Worse still is the possibility that the political paralysis is diminishing perceptions of Israeli prowess and weakening Israel’s deterrence posture.

Friend and foe alike are beginning to wonder whether Israel has solid and far-sighted leadership capable of confidently asserting Israel’s diplomatic and defense priorities.

Understand: The main reason that Israel has been able to avoid significant, full-scale war over the past decade, despite the many security threats thrown at Israel by the crumbling Arab Middle East and the marching-marauding Iranians, has been the assessment in global capitals that Israel is skillfully and defiantly led by a strong leader.

They knew that Israel was led by someone who knew how to maneuver creatively on the global playing to build new alliances for Israel, and who didn’t flinch from confrontation when truly necessary. At the very least, this bought Israel grudging respect and considerable strategic flexibility. This has allowed Israel to conduct forceful “war between wars” against Iranian and Shiite militias in Syria, Lebanon and Iraq with relative impunity; again, without this erupting into comprehensive war.

In fact, important actors around the world have come to accept Netanyahu’s central strategic platform: the assertion that the main game in the region is no longer Israel versus the Palestinians or Israel versus the Arabs. Instead, the main basis for defense and diplomatic activity in the Middle East is an unofficial alliance between Israel and most of the Arabs (together with Western powers), against the Iranians and the jihadis. It’s the forces of stability and moderation, against the forces of violent and radical Islamic revolution.

But this stance – what amounts to Israel’s deterrence posture – requires constant care. Deterrence needs to be compellingly and consistently maintained or it loses its cogency. Like any agricultural field, it needs regular plowing, seeding, and especially weeding if it is going to yield harvest.

Israel will be hard pressed to maintain this deterrent posture if the political stalemate lingers for too much longer. Israel’s strategic situation doesn’t brook inertia. Israel simply can’t afford an endless leadership limbo.

It’s obvious that security tensions are bubbling very close to the surface, both versus Hamas in Gaza and Iranian forces in Lebanon and Syria. It is likely that the IDF soon will need to “mow the grass” in these areas to degrade enemy capabilities and rebuild the long-term deterrence equation. The hot situation in the Persian Gulf could erupt into regional war too, and Israel may be implicated. This reality requires stable government and probably a unity government.

Consider this too: A new Israeli government that does not include Netanyahu in some way may be forced to fight several fierce wars to re-prove Israel’s mettle.

Equally concerning is that Israel risks missing strategic opportunities that are likely embedded in the Trump Mideast peace plan.

The Trump team clearly understands Israel’s need to prevent runaway Palestinian statehood; the emergence of a radical state that prolongs and exacerbates conflict with Israel instead of ending it. As such, the US plan seems likely to dial-back from the “international consensus” whereby Israel is expected to broker fully-fledged Palestinian states in the West Bank and Gaza.

And then, when the plan inevitably flounders on the shoals of Palestinian rejectionism (alas), it is very possible that the US could support Israel’s long-term sovereign needs in the broad Jerusalem envelope, Jordan Valley and settlement blocks. These are areas about which there is broad political consensus in Israel; sovereignty demands that the Likud and Blue & White parties both support. The Trump team already has intimated that it recognizes the inalienable right of Jews to live in Judea and Samaria as a matter of historical truth, international law and basic acknowledgement of reality.

Note that when just before last month’s election Netanyahu promised to unilaterally annex the Jordan Valley, US officials said that the idea doesn’t necessarily contradict the Trump plan or prevent peace. There is an astounding shift in US policy being hinted at here, and Israel mustn’t flub the opportunity to capitalize on this. Again, this requires a stable Israeli government and probably a unity government.

In sum, Israel’s global standing is suffering, its security posture wobbling, and diplomatic gains being forfeited by internal political gridlock. How sad – and dangerous.