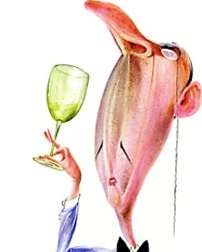 In 1890, Baron Edmond de Rothschild’s new winery in Rishon LeZion took in its first harvest. This is how one of the workers described the joyous scene in his journal:

“The bell rang at 4 am to wake up the army of young and old, men and women and children, armed with pruning shears. The carts overflowing with grapes began streaming into the crushing vats… and we all sang: ‘Awaken oh People of Israel. Your youth has returned to the Land. Your redemption is near.’”

I deeply identify with this sense of miraculous amazement at the “redemption” involved in Israel’s modern wine revolution. To me, it is sign of Divine favor.

Who could have imagined that 129 years after Rothschild, Israel would become a celebrated wine center annually producing tens of millions of bottles of fine wine?

Israel’s main strategic advantage in winemaking is the enthusiasm of well-educated young Israeli winemakers who are conversant with the latest grape-growing techniques and winemaking technologies. They are not afraid to experiment with plantings in widely-different terroir – ranging from the volcanic Golan, to the Terra Rossa of Galilee, Judea and Samaria, and the loess sands of the Negev – creating exotic wine blends.

This includes veteran Israelis who trained in France, Italy, Australia and California, and winemaking immigrants who brought their professional skills and idiosyncratic styles to Israel.

One of Israel’s main winemaking disadvantages, not surprisingly, is the climate. It gets so hot here in the summer that the fruit ripens and grows in sugar concentration very fast. If not harvested in time, you end up with overripe, high alcohol wines. Unfortunately, such “hot” wines have been the trend at many Israeli wineries lately (since, apparently, really “robust” wines sell better) – but it’s a mistake, in my view.

Then there is the question of price. Israel’s wine industry doesn’t have the economies of scale to allow wines to be sold inexpensively enough. Too many Israeli wines, especially the better-quality ones, are overpriced in comparison with equally good wines from abroad.

SUMMERTIME is wine festival season, and I’ve been making the rounds. Here I offer a sampling of unique wines I’ve tasted recently across a broad range of styles. These are from boutique wineries, so you’ll have to search for them at specialty wine stores or through dedicated wine agents. Or visit the wineries themselves.

Dadah: Located near Kerem Maharal in the Carmel Mountain foothills, Jackie Hazan named his winery for his grandmother (Dadah in Moroccan). His Malbec-Barbera 2017 is excellent, and the Dadah Cabernet-Shiraz 2016 too – a perfect pairing for Shabbat cholent.

Drimia: Ela’d Movshovitz’s Drimia Winery is based in Susia, and he controls his own vineyards which are planted 900 meters above sea level in the Yatir forest area. I recently enjoyed a vertical tasting (2012-2016) of his excellent flagship “Sfar” wine, a Cabernet Sauvignon-Petit Verdot blend. His 2015 Shiraz is spicy and well-crafted too.

Five Stones: Sasson Ben Aharon and Ilan Hasson’s winery in the Elah Valley is named for the five smooth stones selected by David to slay Goliath. They boast “Virtuous” and “Nobility” Bordeaux blends that are delicious, as well as a good Mediterranean blend of Shiraz, Marselan, Carignan, Petite Sirah called “DvsG” (David vs. Goliath).

Flam: The 2017 “Classico” showcases the stunning terroir of the Judean Hills, giving a wine that is rich yet light and soft.

Gros: This garagiste winery sources its grapes in the renowned Kadita vineyards in the upper Galilee. The 2016 Black Onyx and Onyx Cabernets are outstanding but need storage time to show properly.

Lueria: Thankfully, Gidi Sayada of Safsufa keeps the alcohol levels and oak influence in his wine down, allowing the fruit to dominate. Standout wines are his Sangiovese-Barbera blend, Shiraz (deep and peppery), and flagship Grand Vital (in 2015, a Cabernet, Merlot, Cab Franc blend – chewy and round).

Matar: Matar is the kosher label from Tal Pelter’s superb winery on Ein Zivan in the Golan Heights. Try the 2016 Cumulus or the top-end CB wine – the latter being an example of flawless balance and elegance (blending Cabernet, Shiraz, Cabernet Franc and Petit Verdot).

Maresha: Situated in Moshav Zrahya in the Lachish region, this young estate winery is making a mark. Its 2017 “Nahal Guvrin” wine (Pinotage-Syrah blend) is rich with aromas of red fruits, truffle and Mediterranean herbs, and pairs well with steaks.

Midbar: I have become a fan of this off-the-beaten-path winery in the arid Negev. Its 2017 Cabernet “Arad,” Syrah and Pinot Noir wines are smooth, medium-bodied wines that all can appreciate.

Oryah: Yaacov Oryah has achieved artisanal guru status in the Israeli winemaking community for his white and “orange” wines, and for the romantic names of his wines. I love his “Halomot Be’asfamya” Rioja-style blend of Tempranillo, Grenache and Carignan, and his “Ein Hasaara” Grenache, Syrah and Mourvèdre (GSM) blend.

Ramot Naftaly: Itzik Cohen’s Malbec Barrel No. 500 (meaning that it was aged in an oversize 500-liter barrel) is a beefy masterpiece.

Tura: Erez and Vered Ben-Saadon’s gem up in the Samarian mountains in Rechelim, with fruit grown on Har Bracha, has produced the delicious “Mountain Heights” 2015 Merlot with plum and anise aromas.

Vitkin: Asaf Paz’s fine “Israel Journey” series of wines can be found in many restaurants. Look for the upscale 2016 or 2017 Grenache Noir, which is a truly unique light-bodied red wine with layers of chocolate and spice.

PrevPreviousIn defense of Henry Kissinger
NextCan you hear the music?Next