At the core of the Trump peace initiatives is creative chaos; replacing hoary assumptions with new bridges and highways – literally and figuratively. 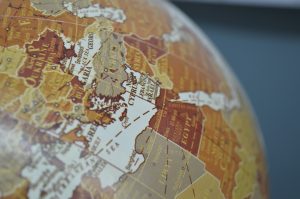 At the end of June, conservative activists gathered in Jerusalem to celebrate recognition by the US government of Israel’s sovereignty over the Golan Heights. The Coalition for the Israeli Golan (under the auspices of the Kohelet Policy Forum), led by former cabinet secretary Zvika Hauser MK and by Isaac Zarfati, spearheaded the effort to convince Washington of this important move.

The key to understanding the Trump Administration’s declaration is that it goes far beyond the Golan. It represents recognition that regional upheavals offer an opportunity to redo century-old creaky colonial arrangements and cast-off stale concepts regarding borders and strategic interests across the Middle East.

Of course, recognition of Israeli sovereignty on the Golan was justified in and of itself. First, the French-colonialist construct called Syria never had any greater claim to the Golan Heights than Israel did – historically, culturally or in geo-political terms. Second, Israel’s sacrosanct right to secure borders clearly necessitates control of the Golan; military history makes this crystal clear (and especially so since Iranian forces have moved into Syria). Third, the genocidal regime of Bashar Assad has lost all legitimacy to rule Syria, never mind make claims on territory held by Israel.

Moreover, Hafez and Bashar Assad had multiple opportunities over more than 50 years to cut a peace deal with Israel that would have secured Syrian sovereignty over the Golan. But they backed away from every negotiating opportunity. Consequently, the landmark Trump Administration decision asserted a super-important “law of diminishing returns”: Arabs who refuse to make peace with Israel lose rights and assets as time moves on.

The deeper lesson to be drawn is that the way to stabilize the very sick Middle East is not by falling-back on hackneyed formulas and musty diplomatic credos, but rather by bold thinking about new diplomatic structures in order to cure the mistakes and injustices of a century ago.

Consider: The old colonial framework that 103 years ago formed Iraq, Syria and the other fragile nations of the modern Middle East – has expired. Englishman Sir Mark Sykes and the Frenchman François Georges-Picot secretly divvyed-up the Ottoman Empire by chiseling Lebanon out of Syria; wedging Mosul and Baghdad into Iraq; handing “Palestine” to the British who already had promised it to the Jews; and bilking the Kurds, even though geographically and ethnically they were already then a distinct group living on easily-demarcated territory. The gross straight lines they drew across the region created artificial states which held together for a century only by repression.

Now Iraq and Syria have completely disintegrated into sectarian warfare, drawing in interventions by multiple regional and international forces. They no longer exist as unitary states, nor should they. Yemen and Libya fall in the same category.

Add to this chaotic mix the Hamas takeover of Gaza, Hezbollah conquest of Lebanon, Iran’s attempts to entrench itself in Syria and undermine Jordan, and ISIS insurgencies in Iraq, Syria and Sinai. We are faced with a completely transformed Middle East, with more convulsions to be expected.

In 2016, Major General (res.) Noam Tibon, former head of the IDF Northern Corps, published a bold article in which called for a re-division of Syria and Iraq into four new countries, along ethnic and religious lines. (He envisioned a new Sunni state in western Iraq and eastern Syria, once ISIS is knocked out of commission; a Shiite state in southeast Iraq, under Iranian influence; a Kurdish state in northern Syria and Iraq and perhaps part of southern Turkey; and an Alawite state in the Damascus region and along the Syrian coastline).

Tibon wasn’t seeking a new imperialist fix for the Middle East, nor suggesting that new borders are a panacea for the radical and retrograde ideologies that afflict the Arab-Islamic world. Rather, his point was that new nation-state structures are in formation, and that wise global statesmanship can steer a transition towards greater stability.

The same is true for the Arab-Israeli and Palestinian-Israeli matrices. One can hew to old orthodoxies and “known” solutions; or conjure new futures that more authentically reflect changed realities and are cognizant of Israel’s central role in securing global and regional security.

That is why the Trump Administration peace initiatives, economic and diplomatic, are so important. At their core is creative chaos; shoving hoary assumptions aside and replacing them with new plans for bridges and highways; overpasses and underpasses connecting Israel and Arab partners – literally and figuratively.

Unfortunately, Palestinian leaders are stuck on an off-ramp that leads them no-where. They seem incapable of riding any highway or envisioning any alternatives other than Israel’s defeat.

Their positions and demands haven’t moderated over the years; on the contrary, they have hardened and radicalized – fed by a steady diet of inflated expectations courtesy of the Clinton and Obama administrations and the European Union. As my colleague Col. (res.) Dr. Eran Lerman has written, it is the Palestinian Authority, not Israel, that killed the “two-state solution” by wedding itself to a fixed, fantastic and fanatic version of the two-state concept; one that was never contemplated by Labor or Likud leaders and would be suicidal for Israel.

Fortunately, the Trump administration is now approaching Israeli-Palestinian diplomacy differently, applying new rules and a healthier dynamic. First, there is nothing holy about the 1949 armistice line (the “Green Line”). America no longer worships at the altar of the 50-year-old “land for peace” recipe. Peace and prosperity are their own rewards.

As for land, the Trump team is saying: Well, let’s look at what arrangements are fair, realistic and sustainable in the current situation. And let’s anchor Palestinian self-government in a broader regional economic structure that might generate both prosperity and stability.

This is a historic moment, akin to the final years of WWII, when President Franklin D. Roosevelt had the foresight to begin thinking about the institutions that would maintain peace and security after the war. He began detailed planning for stabilizing structures like the IMF and World Bank.

Today too, even before the war against ISIS and the struggle against imperial Iran is concluded, America is leading a global consultation on the foundations of a new order for the Mideast (beginning last month in Bahrain) that can provide better security, governance, economic well-being, and ethnic-national freedom for Kurds, Sunnis, and Shiites, and for smaller minorities interwoven into the region, like Israelis and Christians.

And yes, a better future for Palestinians too – if they would stop wallowing in self-pity and stop fantasizing about isolating Israel, while only isolating themselves.

Time won’t stand still. Like Assad’s regime, Mahmoud Abbas’s Palestinian “Authority” risks losing all moral and political legitimacy as a semi-state actor if it persists with horrible policies like “pay for slay” (incentivizing terrorism against Israel) and attempts to criminalize Israel in international institutions; and if it refuses to engage in negotiations toward a levelheaded compromise with Israel.