Even an interim Israeli government can clean-up the city, stop dithering on construction, rebuff deleterious foreign pressures, and invest in all sectors of Israel’s national capital. It can reestablish forward Zionist momentum – for the greater good of both Arab and Jewish residents, and to secure the national goal of a united, livable and luminous Jerusalem.

There should be hordes of street cleaners operating in every corner of Jerusalem every minute of the day, scrubbing every bubblegum bump off the flagstones with steel toothbrushes until they shine like Vatican pavestones. 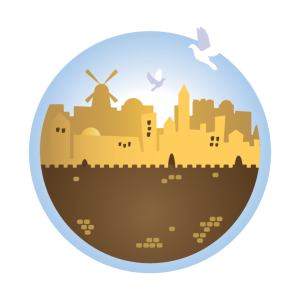 I had the privilege of spending last Shabbat in the holy city to celebrate Jerusalem Liberation Day. It was thrilling to walk the streets of downtown Jerusalem and the Old City with tens of thousands of revelers and especially so many youth.

It was uplifting to join in prayer, song and dance at the Western Wall and in the Jewish Quarter. By the grace of G-d, it can no longer be said that “the roads of Zion are in mourning… its gates are desolate” (Lamentations 1:4).

But in every public square and alleyway the garbage overflowed. Even before Shabbat entered and pilgrims ascended to the city, and even in areas less traveled by tourists, the filth was evident. It didn’t surprise me that outgoing State Comptroller Yosef Shapira, a Jerusalemite, this week focused his very last report on the neglect in Jerusalem.

“In prominent tourist areas,” he wrote, “like Christians St., Hagai St. and adjacent alleyways in the vicinity of the Damascus and Lions’ Gate, we found piles of rubbish, trash bags hanging on the gate, overflowing waste bins and debris floating in the fountains. In addition, large litter containers near the Tower of David and at Mount Zion were open and surrounded by filth.”

The new mayor of Jerusalem Moshe Lion has declared brooming the city as one of his top priorities, and that’s fine. But this needs to become a national effort, with significant funding (which the tax-base-poor Jerusalem municipality doesn’t have). This must involve thousands of (Jewish and non-Jewish) sanitation employees – at work even on Shabbat and religious holidays.

There should be hordes of street cleaners operating in every corner of Jerusalem every minute of the day, scrubbing every bubblegum bump off the flagstones with steel toothbrushes until they shine like Vatican pavestones. Not a single half-eaten beigele should be found on the ground within a 20-kilometer radius of the Temple Mount.

Bring in experts from around the world on how to clean the city! Go neighborhood by neighborhood in a systematic manner, with clear benchmarks and constant follow-up.

BUTTRESSING JERUSALEM is a herculean task that goes beyond spring-cleaning. The Comptroller’s report points to lacunae in heritage site preservation, security, social services and more. To his list, I want to add three critical challenges: building, countering hostile forces, and good governance in eastern Jerusalem.

The city needs a minimum of 6,000 new apartments a year just to keep up with natural growth, never mind effectuating a renewed Zionist conquest of the city with young families – and we’re nowhere near that. Urban renewal and downtown high-rise projects constitute a drop in the bucket.

Unfortunately, there has been near zero construction in Jerusalem over the past decade, throughout the Barack Obama years and even today since Donald Trump became US president. (American pressures are key factor because almost all available land for Jerusalem housing is over the stale Green Line).

According to the Jerusalem Institute for Policy Research the government has barely tapped the housing potential in places like Atarot, Gilo, Givat Hamatos, Har Homa, Pisgat Zeev, Ramat Shlomo and Ramot. Worse still, it hasn’t advanced the 50,000 homes that can be built in the E-1 quadrant east of the city.

Every Israeli Prime Minister since Yitzhak Rabin has planned and promised to build in E-1, for salient reasons: municipal and strategic imperatives that have only grown with time. E-1 is critical for the Zionist future of the city, and for Israel’s long-term security.

But the accusation of “bifurcation” is a red herring, as is the demand for territorial contiguity. It is quite clear that any Israeli-Palestinian arrangement in Judea and Samaria is going to involve blocs and bypasses, overpasses and underpasses, detour roads and shared spaces. There are multiple, creative ways of creating livable contiguity and transportation contiguity (instead of territorial contiguity) in what will always be a complicated mesh of West Bank populations, Arab and Jewish.

E-1 is the least of problems in this regard. So Israel’s desire to build there isn’t a bar to peace with a serious Palestinian partner; which, alas, Israel doesn’t have.

According to Dr. David Koren of the Jerusalem Institute for Strategy and Security, foreign troublemakers are becoming ever-more brazen and omnipresent. They engage in covert and overt activities, both legal and illegal, ideological and concrete, in the civilian and security spheres. They have little interest in improving the lives of Jerusalemite Arabs, but to rather seek to undermine Israeli administration of the city. And some of the bad actors pump messaging supportive of terrorism against Israel and Jews.

Overall, they discourage Jerusalemite Arabs from behaving as residents of the city with equal rights and duties and seek to prevent their healthy interaction with the Israeli government and its institutions and with Israeli society in general.

Israel must push back hard. Mainly, this means real and good governance; more intensive civilian investment in the eastern part of the city. Foreign intruders are most active in civilian fields and geographic areas where Israeli administration and services are inadequate.

The outgoing Netanyahu government and Jerusalem municipal administration of Nir Barkat made a good start on this, funding a five-year NIS 2.1 billion masterplan for eastern Jerusalem infrastructure, education, planning and building, sports, employment, health and welfare.

But the challenge remains enormous, particularly regarding health and education. Israeli HMOs (kupot cholim) operate in eastern Jerusalem through a series of Arab middlemen who are basically mafia dons, who provide the lowest possible level of services while making fortunes themselves. The Ministry of Health must intervene to break this corrupt system.

The education system in eastern Jerusalem, with more than 105,000 children, is short 1,500 classrooms, which cost NIS 1 million each to build. The city is building 7 to 10 new schools each year, but this is not nearly enough, and there is an acute shortage of qualified school principals and Hebrew teachers.

Even an interim Israeli government can clean-up the city, stop dithering on construction, rebuff deleterious foreign pressures, and invest in all sectors of Israel’s national capital. It can reestablish forward Zionist momentum – for the greater good of both Arab and Jewish residents, and to secure the national goal of a united, livable and luminous Jerusalem.