Fear not the Trump plan

I doubt there is much to be worried about. It is inconceivable that the Trump plan will parrot the stale Clinton/Obama parameters of yesteryear or force any “peace paradigm” on Israel. Not when Iran is on an imperial march and the Palestinians are mired neck-deep in denialism, rejectionism, terrorism and corruption.

Any movement away from antiquated formulas, obsolete paradigms, and hoary solutions – most of which have been based in maximalist Palestinian demands deemed “holy” by the so-called international community – would be a huge achievement. 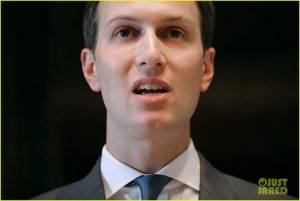 Jared Kushner set-off a frenzy this week by telling Sky News Arabia in Abu Dhabi that the “Trump Peace Plan” would address Israel’s borders and seek a united Palestinian government.

It may be true that a Bibi-Bennett government will be less susceptible to international pressures on the Palestinian issue than a Bibi-Gantz (or a Gantz-Likud) government, but either way I doubt there is much to be worried about.

It is inconceivable that the Trump plan will parrot the stale Clinton/Obama parameters of yesteryear or force any “peace paradigm” on Israel. Not when Iran is on an imperial march and the Palestinians are mired neck-deep in denialism, rejectionism, terrorism and corruption.

Sunni Arab leaders themselves said at the Warsaw summit last week that the Palestinian problem can’t be solved without first crushing Iran’s hegemonic ambitions. And they sought cooperation with Israel even though no peace with the Palestinians is on the horizon.

Also in Warsaw, Kushner said that the American team understands that Israel is much less able to take risks today than it was 20 years ago – because of the disintegration of the Arab state system, Palestinian tremulousness, and Iran’s dogged quest for regional domination bolstered by nuclear weapons. He acknowledged that the American plan must be relevant for the current Mideast context.

Kushner, Jason Greenblatt and David Friedman surely know that the real challenge in Palestinian-Israeli affairs is not the tabling of hackneyed formulas for “resolving issues in dispute” as if this was a real estate transaction, but rather how to unleash long-term dynamics in identity narratives that will narrow the gaps and regenerate belief in the possibility of peace.

After all, the Palestinian-Israeli conflict is a clash of identities, not just issues. And the Palestinians seem to have no identity other than as a community in conflict with Israel. In fact, the Palestinian Authority doesn’t relate to the diplomatic process as a peace process, but as a decolonization process where the colonizer and victimizer (Israel) is to be held responsible for his crimes.

This explains why the PA spends most of its time seeking to criminalize Israel in international forums and denying the very fact of Jewish history in Jerusalem.

Alas, there is no evidence whatsoever that Palestinians are cultivating coexistence with Israel as an authentic identity alternative. Just the opposite: The Arafat-Abbas policy has been to reject most forms of engagement with Israel even when it comes to improving life for Palestinians.

ISRAEL’S NARRATIVE IS DIFFERENT, of course. For Israelis, this is not a conflict about occupation, because Jews are not occupiers in Judea but rather an indigenous people in their ancient homeland. And while many Israelis support the principle of territorial compromise (through a two-state or other solution), this is practically irrelevant because Palestinian hostility to Israel’s very existence is so ingrained.

Surely, the Trump team realizes this.

For two years, the American team has been taking a “fresh look” at what is safe, wise, fair and realistic in today’s Israeli-Palestinian reality – a praiseworthy endeavor. This effort must inevitably lead them to the additional realization that Israel’s “occupation” of the Palestinians essentially ended two decades ago when Israel vacated the West Bank’s Palestinian-populated areas (the Oslo Accords’ Areas A and B) and gave control to the PA.

This, and Israel’s full withdrawal from Gaza, should have ended the debate about the supposed contradiction between Israel’s Jewish and democratic character, since Gaza and Areas A and B have become basically-permanent entities independent of Israel.

Other realities surely understood by Kushner, Greenblatt and Friedman are that Israel must not make unilateral concessions in a situation where the Palestinians refuse to participate in the diplomatic process and show no capacity for compromise. And Israel will never accept proposals that involve “internationalization” of the conflict (such as reliance on foreign forces in securing Israel’s borders) or a physical re-division of Jerusalem.

ON THE SAFE ASSUMPTION that the Trump team understands all this, one must ask what the purposes of its Mideast plan could possibly be. Surely the Americans understand that a swift peace deal is unachievable.

More likely is that the Trump plan is meant to legitimate new ideas; to “move the markers” or “shift the goalposts” on the parameters for an aspirational Israeli-Palestinian peace accord somewhere off in the distant future.

For example, I hope and believe that the plan will entrench the idea that Israel’s presence in Jerusalem and Judea is indigenous and legitimate, not illegal. In this conflict, there is historical justice owed to the Jewish People, not just to the Palestinian People!

Furthermore, the plan should broach Palestinian refugee resettlement in countries of the region; a third rail issue that must be confronted courageously and expeditiously if there is to be any hope for a better future.

The plan also may be designed on a modular approach, with parts that could work now, such as a broad framework for Arab regional investment in Palestinian-Israeli joint projects; and to do so in way that provides cover for Arab states to work more closely with Israel on a range of issues.

The plan might also set-out a pathway for renewing Palestinian leadership ranks with individuals hard-wired for peaceful compromise, not unending warfare.

In short, the benchmark for judging the plan could be nothing more or less than the dynamics of moving things forward.

Any movement away from antiquated formulas, obsolete paradigms, and hoary solutions – most of which have been based in maximalist Palestinian demands deemed “holy” by the so-called international community – would be a huge achievement. (Trump likes “huge.”)

Alas, much of the global diplomatic community and the Israeli left-wing scoff at the notion that anything other than the “Clinton parameters” can serve as the basis for an Israeli-Palestinian deal. Consequently, the tabling of Trump parameters may boomerang negatively, at least for a while, with the Palestinians and Europeans rejecting Trump’s plan as an aberration and instead doubling-down on the Clinton parameters.

Israel can’t let this happen. It mustn’t miss the opportunity to end 25 years of deadlock and suffering wrought by timeworn phantasmas.

Consequently, Israel should approach the tabling of a Trump peace initiative with an open mind, offering it diplomatic space to percolate, and time to develop momentum. Jerusalem can and should welcome the plan as a useful platform for moving ahead, and then carefully consider its components.

Israel should be ready to say: “Yes, but…”