Lt. Gen. Gantz seems to be suggesting unilateral Israeli withdrawals and another disengagement. This is both frightening and clarifying. 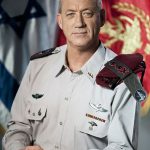 Benny Gantz, chairman of the new Israel Resilience Party, got off to a fine start last week with a smooth speech. My esteemed Jerusalem Post columnist colleague Prof. Gil Troy enthused that it was an “oratorical grand slam” and a “testament to temperament” which “showed how to dream and build.”

I’ll grant that Gantz has charmed the Israeli electorate with soaring Zionist rhetoric, and his rising poll numbers reflect this. His sunny deportment offers a counterpoint to Prime Minister Netanyahu’s negative campaign messaging. And let’s face it, Netanyahu has been in office for a very long time, and some voter fatigue is setting in.

But when evaluating Lt. Gen. (ret.) Gantz’s suitability to lead Israel, inevitably we must seek-out his defense and diplomatic worldview, and this has been hard to discern; purposefully so.

There was, however, one roaring policy hint in his inaugural speech. Gantz said that “if it turns out that there is no way to reach peace (with the Palestinians) at this time, we will shape a new reality. Israel will not be deprived of its status as a strong, Jewish and democratic state.”

‘Shaping a new reality’ is code for unilateral Israeli action in Judea and Samaria; withdrawals in the West Bank; disengagement from settlements – without peace or any diplomatic concessions from the Palestinians.

Gantz went further in an interview with Yediot Ahronot this week, where he praised the unilateral Gaza withdrawal and the destruction of Gush Katif towns, saying that it was “carried out with a lot of political consideration,” “done legally,” and “handled well.”

“We must take the lessons of the disengagement and implement them in other areas,” he added ominously.

This is both frightening and clarifying. It suggests that Gantz would willingly repeat the mistakes of Prime Minister Sharon, and that in Resilience Party parlance the self-referential term “centrist” in really means “leftist.”

Gantz’s spokesmen mightily are trying to wiggle-out of these remarks, contending that the reference to “lessons” in his interview referred only to the importance of preventing a rift in the nation (really?) and making sure that any future border decisions include strict security provisions (sure).

Ehud Barak and Shaul Mofaz, both former defense ministers, have touted unilateral Israeli action. “We are on borrowed time,” Barak said in 2012 speech. “If it isn’t possible to reach a permanent agreement with the Palestinians, we must consider an interim arrangement or even a unilateral move.”

Maj. Gen. (res.) Amos Yadlin of the Institute for National Security Studies (INSS) backed up Barak with an “academic study” that reached the conclusion that no agreement can be reached with the Palestinians and therefore Israel “should go forward (with withdrawals) without depending on the Palestinians.”

In 2013, Barak’s former bureau chief, Gilad Sher, tabled a report which also advocated unilateral Israeli withdrawal. He then launched an organization called “Blue White Future” to push a “compensation law” that would provide payment to tens of thousands of settlers for leaving their West Bank homes.

In 2015, the same plan for unilateral withdrawals and the starving of settlements outside settlement blocs, even in the absence of peace with the Palestinians, was the political platform that General Yadlin used when he stood as Zionist Union candidate for defense minister.

The INSS “new strategic framework” is nicely wrapped-up as “professional, politically-neutral” research (sic.) that took a year of intensive discussions to produce.

Lo and behold, private citizen Benny Gantz took part in these consultations. And, surprise, surprise, the plan is couched in lofty language about “taking Zionist initiative” – as was Gantz’s speech.

Nor will unilateral moves provide Israel with diplomatic breathing room. Withdrawing from one part of the territories won’t convince anyone that Israel has a right to keep other parts.

On the contrary: A partial Israeli pullout will intensify the illegitimacy of any remaining presence in the territories. Every Israeli retreat is taken as proof that the territories are all stolen property that must be returned to their rightful Palestinian owners.

Worst of all, unilateral withdrawals will unnecessarily and unjustifiably tear asunder the internal fabric of Israel. It’s indefensible to tie a death-knell tourniquet on Israeli towns in Judea and Samaria – if at all – without comprehensive and sustainable peace in the offing.

He says that Israel must not jeopardize its existence by embarking on rash initiatives – neither unilateral withdrawals nor annexations – that would radically worsen its situation, just to please proponents of “forward progress” at any cost.

Moreover, Yaalon supports significant increases in Jewish settlement of Judea and Samaria. How does this square with Gantz’s views?

Perhaps Yaalon should explain to Gantz that “Zionist initiative” means reinforcing Israel’s hold on the greater Jerusalem envelope and other key settlement zones, not unilateral withdrawals.

And that long-term “conflict management” is preferable to wild diplomatic escapades like unilateral withdrawals.

And that managing the conflict indefinitely is not a cowardly choice by hapless political and military leaders, but a rational choice; especially when the Iranian challenge looms larger than ever on Israel’s horizons.

Judicious conflict management requires a steady hand at the helm of state, and self-confidence in the justice of Israel’s long-term interests in Judea and Samaria.

Most of all, it requires patience. It’s sad to learn that Benny Gantz is leaning towards precipitance.