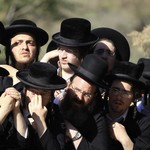 Published in The Jerusalem Post and Israel Hayom, November 30, 2018.

Over the past seven years, the Israeli government wisely has invested hundreds of millions of dollars in higher education study opportunities for haredi men and women, including gender-separate college programs – and it’s working! It would be disastrous if the Supreme Court shuts these down. This would kill the slow but measurable and exciting movement of haredim into the workforce – which is crucial for the Israeli economy and the future of our society.

A landmine has been laid against the overall positive momentum in integration of haredi (Ultra-Orthodox) students in higher education. The threat comes from a group of extremist professors who have petitioned the Supreme Court of Israel (in its capacity as “Bagatz,” the High Court of Justice) with a demand to terminate all government funding for gender-separate haredi college programs.

The so-called “liberal” professors argue that the separation into genders in academia harms women’s equality in the workplace (because female instructors are not selected to teach haredi male classes). They also warn that such segregation, which they call a “distortion,” could become a precedent for other areas, from the army to the job market. And on top of that, they plaint that gender separation is an affront to the “fundamentals” of higher education, such as “openness and pluralism.”

This week, unsurprisingly, Haaretz backed the radical professors in a lead editorial.

It is imperative that the High Court reject this dangerous suit. It would be outrageous and calamitous if the High Court shuts down gender-separate college and university programs.

Over the past seven years, the Israeli government wisely has invested hundreds of millions of dollars in higher education study opportunities for haredi men and women – and it’s working! The number of haredi students in college has jumped by more than 80 percent over this period, to 11,000 each year. And the number of haredi men in the workforce has risen from 40 to 50 percent over the past decade.

(The employment rate for men is 81 percent in the non-haredi public. The target set by the government for the inclusion of haredi men in the labor force is 63% by 2020).

In parallel, there seems to be an increasing majority sentiment within Israeli haredi society that embraces higher education and superior employment. Surveys suggest that more than 80 percent of haredi parents want their high schools to teach secular subjects alongside religious ones.

The reasons for this are clear. Sixty percent of this country’s one million haredim (plural for haredi) live under the poverty line, and 60 percent are under 20 years of age. Most haredim don’t have a higher education and therefore aren’t qualified for more advanced professions; and thus even those that are employed, work mainly in menial or service jobs, or in low-paying religious professions (scribes, rabbis, teachers).

This situation is crippling for haredi society, and disastrous over the long term for Israel, both economically and in terms of the character of our society.

Which is why Israel’s most urgent agenda with its haredi population is not propelling them to the front lines against Hezbollah, but pulling them out of the unemployment benefits lineup. Not busing them to Tel Hashomer, but enticing them into higher education and high-tech work.

In my assessment, it is indisputable that the overwhelming majority of haredim won’t go to study in mixed-gender classrooms and at mixed-gender campuses. The mixing of the sexes is too far a stretch for the very conservative and still quite insular haredi society, which has a hard-enough time approaching academic studies in the first place.

Thus, the militant axing of gender-separate programs would willy-nilly lead to the exclusion of most haredi men and women from institutions of higher studies. And this would kill the slow but measurable and exciting movement of haredim into the workforce – which, again, is crucial for the Israeli economy and the future of our society.

The inevitable conclusion: For all the problematics involved, at this time gender-separate classes and campuses for haredi students are an absolute and reasonable necessity. It is no exaggeration to say that the country’s future depends on it.

IT SHOULD BE NOTED that the Council for Higher Education (CHE) and its parent-body Ministry of Education are funding gender-separate study programs for haredi students at the undergraduate level only and not in all fields. Which is a way of saying that the CHE is making reasonable distinctions and setting limits – which dismisses the concerns expressed about a slippery slope in supporting “segregation.”

The same goes for the workplace. While some very big businesses in Israel have female-only departments mainly for haredi women, the vast majority of haredim graduating college in computers, engineering, accounting, law and business are working in general, mixed-gender environments. There is no “creeping gender segregation” overwhelming Israel as a result of haredi higher education study tracks.

The zealous professor’s petition is also dishonest on substantive grounds. After all, have they never heard of gender separate colleges, mainly for women, in that bastion of liberalism and democracy called the United States? Mount Holyoke, Smith, and Wellesley, for example. Why isn’t this considered discrimination against men, or an “affront to the fundamentals of higher education, such as openness and pluralism” over there?

ALAS, I STRONGLY SUSPECT that the aggressive opposition to gender-separate study programs for haredi students stems from deeper, darker and illiberal place. The professors and journalists behind this are, I think, frightened by the prospect of haredi integration in Israeli life and economy.

Of course, this is what they have demanded for decades – that the haredi community get educated and go to work (and serve in the military) – but now that it is beginning to happen, they’ve changed their minds.

It’s too overwhelming for them, because lo and behold it seems that haredi people can become engineers and even academics without abandoning haredi values and a conservative lifestyle; and this threatens the ultra-progressive and post-modern paradigm that dominates elite Israeli society.

So better to leave haredim wallowing in poverty and in their medieval ghettos than help them step out into the modern world – the “liberal” professors seem to be saying. Or, let us force them to abandon their haredi mores all-together as the price for entering the hallowed hallways of Israeli academia.

This is an enormously shortsighted and even fanatic mindset.

Let’s remember that the haredi world, for all its shortcomings and eccentricities, is admirable in important ways: It models modesty, emphasizes family values, prioritizes spiritual aspirations, and accents charitable works. It is less afflicted by the crime, drugs, booze, pornography, sleaze and slavish devotion to imbecility (the hallmark of most TV shows and movies) characteristic of much of modern secular society.

And therefore I expect that haredi families will yet retain their core values of religious excellence alongside other wholesome values even as they go to college and work. This should not be feared, but rather welcomed, by broader Israeli society.

In fact, I pray for greater integration of haredi society on the high end of the Israeli workforce in a way that strengthens, not damages, the conservative values dear to haredi society. My hope is for a healthy process of haredi integration and maturation that will simultaneously preserve and improve haredi society, and perhaps offer new pathways of navigating modernity to Israeli society writ large.

All this might be possible, if the High Court makes the right decision: To affirm the government’s wise investment in educational study tracks for haredim, including gender-separate programs.