Published in The Jerusalem Post and Israel Hayom, October 5, 2018. 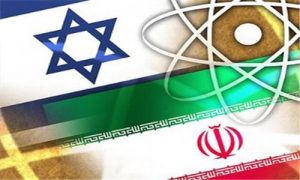 The root corruption of the nuclear deal that the Obama administration reached with Iran in July 2015 was not only that Iran got to keep its nuclear facilities, but that President Obama didn’t insist on truly intrusive international supervision of what goes on deep inside them.

After all, Iran had clandestinely crossed every red line set by the West over 20 years – putting nuclear plants online, building heavy water facilities, refining uranium, working on explosive triggers and warheads, and generally breaching all its obligations under the Nuclear Nonproliferation Treaty – and Iran got away with it.

It lied, formally and repeatedly, to the international community about its nuclear efforts.

So “anywhere, anytime” international inspections of Iran’s secret-most nuclear and military facilities were the minimum prerequisite for a verifiable deal. Obama said so himself, but then reneged on this.

Under the terms of the P5+1 agreement with the Ayatollahs (known as the JCPOA), UN inspectors were given the right only to “coordinate” their visits to suspect Iranian sites, “in consultation between Iran and the world powers.” Worse still, Iran was given the right to deny and challenge UN requests to send inspectors to suspicious sites. In these cases, an arbitration board composed of Iran and the powers would decide on the issue. This allows Teheran time to cover up any sign of non-compliance with its commitments.

The sycophantic then-US Secretary of State John Kerry called this “managed access,” which is a week-kneed euphemism for nowhere, no-time inspections.

Since then, of course, Iran has stymied access by international inspectors to military and nuclear sites, especially the Parchin military base, where Iran clearly was experimenting with nuclear weapon production.

NOW, THE HEAD of the UN’s nuclear watchdog agency is refusing to take at face value evidence presented by Prime Minister Netanyahu about secret atomic archives and warehouses in Tehran.

Several months ago, Israel revealed the existence of Iran’s nuclear archive, and in a heroic Mossad operation that will yet be the stuff of movies, heisted perhaps a third of the documents; documents that unquestionably prove that Iran serially lied about its nuclear weapons effort, and that the effort is merely mothballed, at best.

International Atomic Energy Agency chief Yukiya Amano should have acted with alacrity and moved-in to capture the remaining documents. But nada. Nothing. The IAEA hasn’t even asked to visit the site. Amano has done absolutely nothing to follow-up expeditiously and capture Iran red-handed – before it covers its tracks.

Last week (in his speech to the UN General Assembly), Netanyahu exposed the existence of a secret atomic warehouse in the Turkuzahbad district of Tehran with nuclear equipment and material. But Amano has poured cold water on the prime minister’s urgent warnings, and managed only to find time to spar publicly with Netanyahu.

Netanyahu urged the IAEA to immediately send inspectors to the site with Geiger counters. Amano scorned the prime minister’s challenge, and blathered something bland, in classic UN bureaucratic style, to the effect that “All information obtained, including from third parties, is subject to rigorous review and assessed together with other available information to arrive at an independent assessment based on the agency’s own expertise.”

In other words: Go to hell Israel; we know better; we’ll take our time; and we don’t really want to embarrass or anger the Iranians.

In another part of the UN speech, Netanyahu revealed Hezbollah’s secret sites for building and storing precision-guided missiles in and around Beirut’s international airport.

Lebanon’s president dismissed Netanyahu’s claims, and the UN’s peacekeeping force in Lebanon, UNIFIL, was silent – as it has been throughout the past 12 years of Hezbollah’s military build-up since the 2006 Second Lebanon War.

A beefed-up UNIFIL was supposed to block Hezbollah’s return to southern Lebanon. UNSC resolution 1701 to expand UNIFIL was then-Israeli Foreign Minister Tzipi Livni’s “great achievement”; a foreign policy success (sic.) that, ever since, she hasn’t ridiculously stopped self-congratulating herself for.

THE POINT OF ALL THIS is to illustrate the limitations – indeed, the uselessness and even venality, of international institutions – when it comes to guaranteeing Israeli security.

There is a long and sordid history here, whereby the UN and other international institutions have abandoned Israel, beginning with the UN’s failure to uphold Israel’s right of free passage through the Straits of Tiran when Egypt’s President Nasser closed them in 1967 and the swift departure of UN forces in Sinai when Nasser demanded this so that he could attack Israel.

The Multinational Force and Observers (MFO) in Sinai has failed completely to prevent the incursion of Al Qaeda and ISIS into the now-Egyptian Sinai Peninsula, or prevent attacks against Egyptians and Israelis. UN forces on the Golan (UNDOF) mostly fled several years ago when the Syrian civil war heated up and Israel could no longer sufficiently protect them (!). UNRWA perpetuates Palestinian dreams of overwhelming Israel with returning refugees, and has allowed its facilities to be overrun by Hamas as weapons depots and firing grounds.

In the meantime, UNESCO has passed several resolutions denying Jewish history in Jerusalem (essentially, declaring Zionism false and illegitimate), and the UNCHR regularly brands Israeli “practices in the occupied territories” as war crimes.

All of which explains why Israel is never going to entrust its security to any type of international troop force, as has been repeatedly and perniciously proposed by European and American negotiators seeking Israeli withdrawals in the West Bank.

All of which explains why Israel must continue to take the offensive against Iran’s nuclear program, without reliance on international inspectors.

UN forces, UN monitors, UN experts, UN diplomats, and even (some) EU and US diplomats simply cannot be relied upon to rigorously rein-in the ambitions of Iran and other bad actors in the region.

David Ben-Gurion once derisively dismissed the UN as “Ooom shmoom” – meaning, irrelevant. He was wrong. The UN is much more maleficent.