Ushpizin in my succah

Published in The Jerusalem Post and Israel Hayom, September 28, 2018. 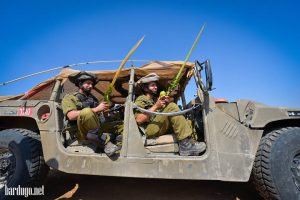 The Succot holiday – “the time of our rejoicing” – is an excellent opportunity for an upbeat strategic assessment, and my assessment is Israel at 70 has the upper hand on all fronts. Despite military threats and other challenges, the State of Israel is winning.

In celebration of this, I’d like to host in my succah seven special guests who underscore Israel’s successes. In traditional parlance, these are known as ushpizin (Aramaic for guests); VIPS who metaphorically grace our sukkahs with their presence, one per day. Traditionally the biblical founding fathers, here I will highlight some of their more current “counterparts.”

Across Arab expanses, countries are crumbling, borders are being erased, and societies are being torn apart. In contrast, the nation state of Israel is resolute, its borders unyielding, its society robust. In the face of Iranian ambitions, Russian adventurism, and American retrenchment, Israel stands tenaciously firm with the strongest military ever assembled in the Middle East, and with steady, experienced hands at the helm of state. Vigilance, patience and diplomatic nimbleness are seeing Israel well through the regional storms.

In recognition of this achievement, the first ushpiz I’d love to host is Prime Minister Benjamin Netanyahu, architect of Israel’s strategic robustness.

Israel knows how to defend its borders, and hasn’t made any serious withdrawal mistakes recently. Can you imagine the mayhem and suffering we would be experiencing had Israel withdrawn from the Golan or Samarian heights? Palestinian leaders can bellow away with venom and vulgarity at the UN, as Mahmoud Abbas did this week once again, but everybody knows that Palestinians and Israelis (and Jordanians and others) are better off with the current situation where Israel firmly controls the West Bank security envelope.

In recognition of this fortitude, the second ushpiz I’d like to host is Bayit Yehudi leader (and education minister) Naftali Bennett.

North American public opinion remains staunchly pro-Israel – which means that Washington and Ottawa can be expected to stand by Israel’s side when it faces moments of challenge. The Trump administration, for all its peccadillos, is acting decisively to change hackneyed global political conventions regarding the Israeli-Palestinians conflict; changes in discourse that are critically important to future peacemaking.

Moreover, Israel’s diplomatic horizons are expanding to include important allies beyond North American and Europe. Trade and security delegations from China, India, Russia, Africa and South America are beating a path to Jerusalem seeking opportunities to cooperate with Israel, not to isolate her. And behind the scenes, Israel’s relations with Egypt and key Gulf states have never been better.

In recognition of this perspicacity, the third ushpiz I’d like to host in my succah is US Ambassador to the UN Niki Haley, one of Israel’s greatest defenders.

Wise and important actors around the world have come to accept Israel’s strategic platform: the assertion that the main conflict in the region is no longer Israel versus the Palestinians or Israel versus the Arabs. Instead, the main axis of defense and diplomatic activity in the Middle East is an unofficial alliance between Israel and most of the Arabs (together with Western powers), against the Iranians and the jihadis. The forces of stability and moderation (with Israel in a lead role) are arrayed against the forces of violent and radical Islamic revolution.

So there is an Israeli “grand strategy” of sorts, and it has been largely successful. It involves steadfastness, patience, and looking over the horizon. It involves being both flexible and firm. It involves positioning Israel as a regional anchor of sanity and a global source of ingenuity.

In recognition of this wisdom, the fourth ushpiz I’d like to host in my succah is former Canadian Prime Minister Stephen Harper, who last week became chairman of the global Friends of Israel Initiative.

BDS efforts notwithstanding, Israeli science and technology is in high demand everywhere. Israel’s foreign currency reserves are deep, its debt manageable, its banks solvent, its public educated and productive (– although there are challenges ahead because the large Haredi and Arab publics lag behind). The country now has natural gas and desalinated water riches, which should make Israel energy self-sufficient as well as a significant strategic player in the regional resources market.

In recognition of these breakthroughs, the fifth ushpiz I’d like to host is Jon Medved, a serial entrepreneur and venture capitalist who founded the flourishing OurCrowd platform for investing in Israeli startups.

There are three million refugees are on the roads and high seas fleeing Africa and Arabia, and another thirty million could yet follow. Only Israel is attracting immigration: About 30,000 olim a year. Most of these immigrants could go elsewhere, but they are choosing Israel!

In recognition of this miracle, the sixth ushpiz I’d be honored to host is Yuli Edelstein, who made the incredible journey from Prisoner of Zion in the USSR to Speaker of the Knesset.

One of the greatest sources of strength of Israeli society is attenuation of the religious-secular divide, and intensification of faith as an anchor in the country’s oeuvre. Israel is increasingly a nation of believers, with a great societal spiritual searching underway. In my view, this too ultimately is a source of solidarity and strength.

If you haven’t already done, watch one the many YouTube videos of 50,000-100,000 Jewish worshipers – of all religious and ethnic stripes from every corner of the country – who packed the Western Wall plaza at midnight every night for the past four weeks for High Holiday selichot prayers. Or listen to the words of modern Israeli pop music, from the country’s top (secular) artists. They are increasingly drawn from prayer and the Bible, expressing a longing for renewed connection to G-d.

In salutation to this yearning, the seventh ushpiz I want in my succah is the sensational and deep Israeli singer Rami Kleinstein.

IN OVERALL PERSPECTIVE, I sense that Israel is stronger and smarter than any of its enemies. Neither the perpetual Palestinian conundrum or the Iranian threat to Israel nor internal societal dilemmas – dim my optimism. My assessment is that Israel is winning on all battlefronts, even though there are inevitable conflicts yet to come.

Furthermore, life in Israel is full of meaning – adorned by sacrifice, commitment, achievement and joy; the crucial ingredients that make life satisfying and exciting, and uniquely so for Jews who have long awaited a national return to Zion.

In many ways, the Jewish people has returned to the “Garden of Eden,” or is, at least, on its way there. It certainly is true that this is best moment in twenty centuries of Jewish history. And this realization gives Israelis fortitude for the long haul ahead.