Published in The Jerusalem Post and Israel Hayom, September 14, 2108. 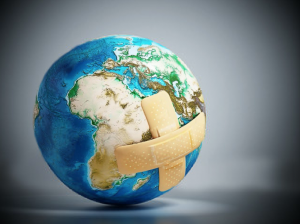 One of the joys of the Jewish holiday season is the opportunity to disconnect from hourly news broadcasts and instead read long-form, substantial essays. Here is a roundup of recent deep-think articles on a range of issues:

* Is engaging millennials the best use of Jewish philanthropy? Prof. Jack Wertheimer of the Jewish Theological Seminary in New York has for years critiqued establishment polices (such as outreach to the intermarried) that in his view have only weakened the American Jewish community.

In a study released in March, Wertheimer suggests that all the energy and money currently expended on “outreach” programs to young Jewish people in their 20s and 30s, the so-called millennial generation, is misdirected. It is unlikely to move them from shallow engagement to actively live a Jewish life or to deepen their knowledge of Jewish tradition. Instead, he calls for massive North American Jewish community investment in day school education of the very young. “Wouldn’t it be wise to invest in their Jewish education now so as to reduce the need to ‘re-engage’ them when they enter their post-college years?”

In a Mosaic essay published this month Wertheimer also rips into the shallow fare of Judaism offered in most liberal temples for once-a-year worshippers on Rosh Hashana and Yom Kippur. “When the urge to accommodate every consumer fashion meets massive Jewish cultural illiteracy,” he writes, what’s left is self-improvement mush with drums, flutes and violins – and little God in the mix.

“Even more troubling, by reinterpreting the High Holy Days to fit the fashionable tropes of the day, newly reimagined services reinforce the destructive mindset undermining all religious commitment in our time – the reduction of everything to a matter of personal feelings, the valorization of solipsism to the point where what counts most is gratification of the self, the transformation of every institution into either a therapeutic milieu or a marshaling ground for political activism, the commodification of every human activity so that religious institutions can ‘market’ and ‘rebrand’ themselves as agents of ‘change’ and ‘disruption’ rather than as embodiments of a tested, millennia-long tradition.”

* Towards a Haredi bourgeoisie? An Ultra-Orthodox (Haredi) middle class is rising in Israel, one which has dispensable income and is developing wider lifestyle horizons. Might this segment grow to become a majority in Haredi society, or will its expansion be stymied and delegitimized by rabbinical leadership?

Rabbi Yehoshua Pfeffer, editor of the Haredi online journal Tzarich Iyun (lit., “Needs Understanding”) – which this month begun to offer its content in English – argues in an erudite essay that “bourgeois” is not a dirty word – provided that the trap of affluent hedonism is negated and religious excellence is maintained as a driving communal ideal. If piloted carefully, middle class life can make for productive, sustainable, healthy Haredi society. Haredi leadership ought to be thinking hard and creating the educational institutions to meet the challenge, Pfeffer writes, since the process is underway and probably unstoppable.

* Beyond sanctions, can the US pressure Iran and strengthen Israel? A recent report written by four American generals on strengthening US-Israel strategic cooperation (and published by the Jewish Institute for National Security of America, JINSA) recommends that the United States frontload some of the 10-year, $38 billion US commitment in foreign military aid to boost Israel’s capability to meet growing threats from Tehran. The report also recommends that Trump raise Israel’s status as a US ally to that of Australia and Canada, and replenish arms stockpiles stored in Israel with precision munitions and other critical wartime supplies.

The report dovetails with powerful speech given in May by Secretary of State Mike Pompeo that essentially defined US policy objectives toward Iran by three noes: no nuclear program, no regional terrorism and aggression, and no domestic oppression.

However, Prof. Michael Mandelbaum of Johns Hopkins University, one of the conservative elder statesmen of the US foreign policy academic elite, questions whether America has the resources and the political will to confront the revisionist powers of Europe (Russia), East Asia (China), and the Middle East (Iran). In an American Interest essay, he sees no active Western coalitions emerging to counter these threatening powers, no US presidential leadership, and little support in US public opinion for real confrontation. All of which leaves Mandelbaum very pessimistic.

Military strategist Prof. Fred W. Kagan, an architect of the successful American “surge” in Iraq, argues in a Commentary essay that America can pursue a “victory strategy” against Iran, by isolating Iran from external resources, inflicting defeat on the IRGC in critical theaters, encouraging domestic unrest in Iran – forcing Iran to concentrate on handling its own population. “Such a strategy would force the Islamic Republic back in on itself, and halt and reverse its movement toward regional hegemony.” But he too knows that implementation requires a consensus among America’s allies.

As for Israel’s challenges in confronting Iran’s advances into Syria, read Major General (res.) Yaakov Amidror’s comprehensive, hard-hitting new study (published by my think tank, the Jerusalem Institute for Strategic Studies). He explains why Israel may have to go to full-scale war to prevent Iranian entrenchment with advanced missiles on our northern borders. “Israel must prevent this at any cost, even if an Israeli attack would lead to war – that is, a large-scale operation involving fierce hostilities in Syria and Lebanon, as well as frequent and painful assaults on the Israeli home front.”

Oh, and if you want to read something completely different, there is the recent Foreign Affairs essay by Obama’s chief Iran deal negotiator Wendy Sherman, who hails the cake she baked as “the state of the art of professional multilateral diplomacy.” “With every threat (President) Trump tweets and every list of empty promises his administration releases, the Iran deal looks better and better,” she argues, offering no real evidence to back this up.

* Will the populist surge last? Prof. Francis Fukuyma of Stanford University argues in major essays in The American Interest and Foreign Affairs that Trumpist populism could easily linger longer than most people assume.

Fukyama achieved notoriety, of course, when in 1989 he argued that the “end of history” had arrived with the fall of the communist bloc and the “triumph” of Western liberal democracy. Now he warns that new forms of populist nationalism constitute a major threat to the liberal international order that “has been the foundation for global peace and prosperity since 1945.”

What interests Fukuyama are the cultural causes of populist sentiment. “In many ways, questions of identity – language, ethnicity, religion, and historical tradition – have come to displace economic class as the defining characteristic of contemporary politics. This may explain the decline of traditional center-left and center-right parties in Europe, which have lost ground steadily to new parties and movements built around identity issues.”

Fukuyama doesn’t lay blame only on Trump and the political right wing. The US Democratic Party has a major choice to make, too. “It can continue to try to win elections by doubling down on the mobilization of the identity groups that today supply its most fervent activists: African Americans, Hispanics, professional women, the LGBT community, and so on. …. (However) this is a poor formula for governing the country. The Republican Party is becoming the party of white people, and the Democratic Party is becoming the party of minorities. Should that process continue much further, identity will have fully displaced economic ideology as the central cleavage of US politics, which would be an unhealthy outcome for American democracy.”

PrevPreviousThe most interesting Jews of 5779
NextForcing Iran out of SyriaNext