The most interesting Jews of 5779

Published in The Jerusalem Post and Israel Hayom, September 7, 2018. 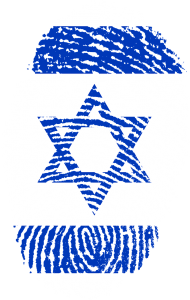 It’s become a Rosh Hashana tradition for newspapers (including The Jerusalem Post) to publish lists of the “most influential” or “most prominent” Jews. The lists are a potpourri of the wealthy, powerful, pop-culture famous, and organizationally well-positioned.

Here I offer a different type of list: a smattering of “interesting” Jews to follow in 5779. Interesting in my book means profound, positive, substantive, and making a real contribution to the long-term future of Israel and the Jewish People.

Therefore, without any ranking, I encourage you to pay attention to these people over the coming year:

Alon Davidi. The mayor of hard-hit and hard-bitten Sderot, who has rejuvenated the city, bringing in hi-tech employment and advanced science education to the school system – attracting young couples and leading to a housing boom.

Mirit Shaked-Barak. The dynamic leader of the “Orange” Movement, running for mayor in Kfar Saba. A wonderful representative of the idealistic young generation that is seeking political leadership – free of the cynicism and corruption we have become used to on the municipal level. I hope she wins.

Zeev Elkin. One of the smartest and most sincere politicians, now running to become mayor of Jerusalem. His deep diplomatic experience and confidant relationship to the Prime Minister will serve the city well. He should win.

Yair Golan. One of the four generals in line to be the next IDF chief-of-staff. He has taken a hit for misspeaking about “dark trends” in Israeli society, but his conservative intellectual leadership and clear perspective on the centrality of the ground forces in winning wars makes him the right candidate, in my view.

Sharren Haskel. The second-youngest member of Knesset, a dynamo in Likud with the recognized top record in Israeli politics on social issues, ranging from de-regulation and de-monopolization to medical reforms. An articulate and knowledgeable hawk on national security matters, too.

Yitzhak “Bougie” Herzog. He didn’t gain traction as Opposition Leader, which isn’t surprising when the party he led remains wedded to the discredited Oslo accords. Perhaps as Jewish Agency chairman he will succeed more. How will he use the Council of Jewish Federations General Assembly pulpit in Tel Aviv in October? Perhaps to re-direct Israel-Diaspora discourse off the current poisonous “blame Bibi” trajectory and towards reinvigorated Jewish identity programming?

David Friedman and Ron Dermer. The indispensable anchors of the relationship between the Trump and Netanyahu administrations, these two ambassadors have shepherded their leaders through a year of tectonic and supremely-necessary change in US Mideast policy relating to Iran and the Palestinians. Their contributions are huge.

Amiad Cohen. The assertive director of The Tikvah Fund in Israel, which spearheads (small c) conservative and unabashedly Jewish/Zionist educational ventures in secular, religious and haredi leadership circles, at the highest intellectual level. Tikvah has been growing in influence, to the point where the Left has begun to make the fund a bogeyman for its own failures.

Aviad Hacohen. One the most brilliant constitutional law and Jewish law experts, he is President of the Academic Center for Law and Science in Hod HaSharon and the legal commentator for Israel Hayom. An obvious candidate for a Supreme Court spot in future, where he could help articulate a sophisticated, updated balance between Israel’s Jewish and democratic moorings.

Yossi Klein Halevi. Author of the new, best-selling Letters to my Palestinian Neighbor and Like Dreamers (both from HarperCollins), Hartman Institute scholar Halevi points a path forward in Moslem-Jewish relations, and intra-Jewish relations. How do we get all wayward Jewish millennials to read his new book and re-discover Jewish-Israeli and national-spiritual identity in the 21st century?

Gil Troy. A Jerusalem resident, Jerusalem Post columnist, and Distinguished Scholar in North American History at McGill University. His new anthology, The Zionist Ideas: Visions for the Jewish Homeland – Then, Now, Tomorrow is an important update on Arthur Hertzberg’s classic book, offering usefully diverse and shared visions for realizing Israel as a democratic Jewish state. As chairman of Birthright’s International Education Committee, he has played a key role in combating the recent hard-left attacks on this important program.

Jack Wertheimer. Professor at the Jewish Theological Seminary of America, and the most provocative researcher and commentator on modern American Jewish life. A consistent (and correct!) critic of the progressive consumer fashions and cultural illiteracy of American Jewry. Read his newest online essay about this in Mosaic Magazine – penetrating and frightening.

Ephrat Levy-Lahad. A scientific superstar, Prof. Levy-Lahad is director of the medical genetics institute at Shaare Zedek Medical Center in Jerusalem (and – full disclosure – Ph.D. mentor for my daughter). She was this year awarded the Emet Prize for her innovative research in epidemiology of the BRCA1 and BRCA2 genes and clinical work in pre-implantation fetal testing, as well as her leadership in bioethics of genetics research in Israel and abroad.

Sivan Rahav Meir. A rising star in television journalism and Torah education. Her portraits on TV2 news of Israeli leaders and intellectuals are always smart and sensitive, and her learned Bible lectures are followed online by tens of thousands of people. Her best-selling book #Parasha is now out in English (Koren-Maggid).

Einat Wilf. This super-articulate, left-wing former MK (who was affiliated with Ehud Barak’s breakaway faction in Labor) has written a timely and important new book (Kineret-Zmora-Dvir, Hebrew, with Dr. Adi Schwartz) on the War of Return against Israel. Among other, the book exposes the Palestinian campaign for everlasting refugee-dom and rips into UNRWA for perpetuating the Palestinian dream of destroying Israel.

Davidele Be’eri. Founder and indefatigable leader of the City of David (Ir David) institutions, Israel Prize laureate, he is one of the great discoverers and builders of Jerusalem in the modern era. His teams are now digging-out the Second Temple era main pilgrimage road from the Siloam Pool almost all the way up to the Temple Mount; a magnificent and stirring enterprise that further roots the Jewish People in Jerusalem.

Miriam Peretz. The inspirational educator whose two sons were killed in combat 12 years apart, and this year was awarded the Israel Prize for “strengthening the Jewish-Israeli spirit.” If you haven’t already done so, watch online her rousing, patriotic prize address; which is now to be taught in all Israeli high schools. She could be a candidate for the next president of Israel.