Fighting the good fight in Europe

Published in The Jerusalem Post and Israel Hayom, August 31, 2018.

In a series of lectures in northern Europe this week, I outlined a series of approaches to beating BDS, based on the successful strategies employed by American and Canadian advocacy organizations. Among other: Talk about the fundamental national rights of the Jewish People in their ancestral homeland. This can, at least, win some grudging respect for Israel. 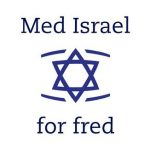 I have just returned from a lecture tour in Norway and Denmark, sponsored by the pro-Israel lobby known as MIFF (Med Israel for Fred, Norwegian for ‘With Israel for Peace’) – which is now expanding its professional operations from Norway into Denmark.

MIFF is the largest membership-based, non-sectarian and non-partisan pro-Israel organization in Europe, with over 11,000 paying members in Norway and starting-out with 120 members in Denmark.

The organization has a powerful social media presence (which is a critical alternative to the hostile Scandinavian mainstream press). It engages more people on Facebook than some of the major Norwegian political parties, and – led by the indefatigable Conrad Myrland – has become an effective and respected lobby.

I met dozens of Norwegians and Danes who stand on street corners handing out flyers about Israel, who write learned op-ed articles in defense of Israel, and who lobby parliamentarians and government ministers in support of Israel. Many people I met through MIFF had been to Israel several times, in some cases more than 30 times. Some had worked on a kibbutz or volunteered in the army.

Many were believing Christians; others avowed secularists with a keen sense of history and a demand for righteous foreign policy when it comes to Israel.

This was my second tour of duty for MIFF, training its activists and rallying its troops. Unsurprisingly, I found many of them dispirited, because of de rigueur European criticism of Israel and growing boycott, divestment and sanctions (BDS) activity against it.

Much of political discourse in northern Europe has been captured by radical progressive thinking, which makes people uncomfortable with the use of force by nation-states in almost all cases. Israel’s “over-dog” position and its frequent recourse to military action to defend itself are then manipulated by malign actors to skewer the Jewish state.

I sought to inspire MIFF leaders with a positive assessment of Israel’s strategic, diplomatic and internal situation. Israel is winning on all fronts, I argued; and they, pro-Israel activists, are on the winning team! And I offered a series of approaches to beating BDS, based on the successful strategies employed by American and Canadian advocacy experts.

First and foremost, I urged MIFF members to adopt the ‘shared values’ strategy developed and perfected more than a decade ago by the Canadian pro-Israel lobby CIJA (the Centre for Israel and Jewish Affairs), and in recent years partially adopted by the Israeli foreign service.

This means bolstering the Israel brand by emphasizing the democratic and open nature of Israeli society; its freedoms, vitality and creativity. When people see their values and way-of-life reflected in Israel, they become open to political support for Israel, too, in the face of threats to its security.

Secondly, pro-Israel activists must always emphasize Israel’s desire for peace. This goes to the core of Israel’s case. It’s very simple: Europeans want peace. And they will side with those who demonstrably are seeking peace.

Unfortunately, Israel’s record of peace-making efforts simply isn’t known out there. Even sophisticated observers of international affairs don’t know Israel has placed three full-scale peace proposals on the table over the past 15 years involving Palestinian independence and almost-complete West Bank dominion. Yet Mahmoud Abbas rejected all these offers and preferred to fight on, even denying Jewish history in the Land of Israel.

I told MIFF activists that knowledge of Palestinian failures – terrorism, rejection of Israel’s right to exist, missile attacks, use of human shields, etc. – has not been found to correlate in a significant way with support for Israel. Alas, it is entirely possible for people to believe all of the negative charges against Arab, Palestinian and especially Iranian enemies of Israel but also believe Israel does terrible things – and therefore conclude that their country should be neutral in the Arab-Israeli conflict.

Most of all, I encouraged the brave Norwegian and Danish friends of Israel to engage in forthright, unashamed talk about Israel. Without being nasty or unfeeling regarding our adversaries, one can convey a deep sense of sincerity and believability by verbalizing Israeli red lines and enunciating core Zionist commitments.

This means speaking about justice and the Jewish nation. It is simply not enough to explain Israel’s security dilemmas or revisit Israel’s diplomatic generosity towards the Palestinians. What’s needed is a much more basic restatement of Israel’s cause and purpose. Speak it loud and clear, I told them: Israel is a grand historic reunion of people and land, and a just and moral actor in the medieval and violent Arab Middle East!

Moreover, the demand for justice and fairness for Israel is, in fact, a demand for peace. Only when the Palestinians face reality — for example, the fact that after 70 years most of them can no longer be considered refugees from Palestine and will not be ‘returning’ to Israel — can opportunities for compromise and peace emerge. Fantasies such as the so-called ‘right’ of return only encourage absolutist demands and obstructionism.

And thus they can push back with some defiance. Having been so wrong in their Pollyannaish hopes for the Oslo Accords, for the Arab Spring, and for the Iran deal – and so feckless during the Holocaust – European leaders and peoples have no moral right to tell Israel what to do, how to conduct its politics, where to erect its security fences, how to conduct its military campaigns, where draw its borders or how to defend them, or what ancestral lands to trade away, if at all, to the Palestinians.

When you talk about the fundamental national rights of the Jewish People in their ancestral homeland; about the right of Israelis to live without fear; and about the way in which Israeli society shares the same creative, constructive and peace-loving values cherished by good people everywhere – you can win, at least, some grudging respect for Israel, and in many cases, thwart BDS initiatives.

PrevPreviousBypass Abbas and ax UNRWA
NextThe most interesting Jews of 5779Next