On Israel-Diaspora “distancing”: Nothing short of a deep commitment to traditional Jewish ritual practice is likely to lead to a revitalization of Jewish life in America and subsequently create a solid basis for recovery in Diaspora-Israel relations. 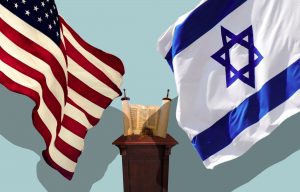 In recent months, the “distancing discourse” between American Jews and Israel has intensified. Rarely a day passes without new reports of “crisis” in the relationship relating to questions of egalitarian prayer services at the Western Wall, conversion to Judaism, settlements and Palestinian rights, and the tensions between democratic norms and Judaic imperatives within a Jewish state.

The reasons for this are clear: American Jews generally share the values of liberal universalism, and are less Jewishly knowledgeable and committed than ever. Israelis, by contrast, incline towards survivalist and particularistic concerns, and are more traditional than ever.

Israeli Jews are more than twice as likely as their American counterparts (81% to 40%) to say that being Jewish is “very” or “most” important in their lives. In fact, 23% of American Jews say it is not “too” or not “at all” important, and the vast majority of them are intermarrying and not raising kids in any form of all-embracing Jewish cultural or religious environment.

The AJC survey also shows clearly that the more observant American Jews are on the denominational spectrum, their attachment to Israel is stronger. And conversely, the more distant one is from matters Jewish, the less attached one is to Israel as the “nation-state of the Jewish people.”

And thus, obviously and alas, it is primarily Jewish assimilation abroad and the toll it takes on Jewish consciousness and identity that underlies the “distancing” phenomenon among American Jews.

One major takeaway from this is that it is a mistake and a diversion from constructive problem-solving to blame the “divide” on Donald Trump, Benjamin Netanyahu, “the occupation,” or Ultra-Orthodox control of the Israeli rabbinate. These are not the crux of the matter.

It’s of course true that the current “bromance” between the Trump and Netanyahu administrations exacerbates the divide, given Trump’s highly unfavorable ratings among American Jews; just as the intense love-fest between American Jews and former President Obama grated on Israeli Jews.

And it’s true, too, that anger about failure of the two-state solution and resentment about the lack of religious pluralism in Israel makes it harder for liberal Jews abroad to advocate full-throatedly for Israel.

But ultimately the “distancing” isn’t because of politics or denominational status. It is generated by societal realities and liberal lifestyles in the Diaspora that have led to Jewish disaffiliation and ultimately suicidal Jewish results.

It’s important to note that these realities probably would obtain even if a center-left government came to power in Israel and it recognized Reform marriages and froze settlement construction. It doesn’t seem likely that all-of-a-sudden, miraculously, American Jews would then re-discover their deep Jewish identities.

And keep in mind that a Labor or Yesh Atid government would largely maintain Israel’s necessarily-assertive foreign and defense policies, occasionally using ferocious military might to beat back this country’s enemies. Just how much better is this going to sit with America’s very progressive Jews?

SO HOW TO BRIDGE THE DIVIDE? An entire industry of professionals and pundits now specializes in this, with plenteous pontifications on how to “build peoplehood,” and on how to “bring Israeli and Diaspora Jews into greater appreciation for the priorities and needs of the other.”

To accompany its poll, the AJC published a symposium of solutions with contributions from 25 Israeli and American Jewish thought-leaders. It’s worth reviewing (and dismissing) some of them, and perhaps considering the one approach that few are prepared to admit is most necessary.

Theodore Sasson, Einat Wilf and Dov Zakheim want American Jews to aggressively campaign for full denominational religious pluralism in Israel – as if that will paper over all differences and bring about Jewish renaissance and Israel-Diaspora bliss. And since the non-Orthodox denominations have done such a good job (sic.) at maintaining Jewish identity in America, it’s a swell idea for them to succeed in Israel too.

Elana Maryles Sztokman wants Israeli and American Jewish feminist activists to collaborate in advancing gender equality to “keep Israel from falling down the Trump-Netanyahu rabbit-hole” – as if joint combat against religious radicalism (which could be a good thing in itself) will create the ultimate platform for renewed Jewish identity and Israel-Diaspora shared values.

Many writers (Ofer Pines-Paz, Gidi Grinstein, along with the leaders of last year’s grandiose, expensive “Structured Jewish World Dialogue” project of the Jewish People Policy Institute) call for a new “consultative mechanism,” some form of Israel-Diaspora parliament that would have to be consulted before Israel adopted policies that affect the broader Jewish world. As if the Jewish Agency and World Zionist Organization don’t already play this role, and as if Israeli leaders need to be further constrained by self-anointed Diaspora Jewish leaders.

Asher Lopatin and a range of writers call for more trips – more Birthright visits and “reverse Birthright” visits (where Israelis travel to America) – so that the two communities can learn “to empathize with each other and acquire each others’ reciprocal strengths.” Okay…

Much more thoughtful figures such as Gil Troy, Steve Bayme and Yossi Klein-Halevy seek renewal of “liberal Zionism” as an intellectual creed to be taught, or a revival of “spiritual and cultural Zionism” through creative Israel-Diaspora partnerships in art, music, dance and literature. Fine ideas, as far as these might go.

But only a few figures are prepared to say that the future of Diaspora Jewry and the health of Israel-Diaspora relations are dependent, mainly and simply, on Jewish schools and shuls. On a return to core Jewish education and practice in America.

Eliot Cohen, Elliott Abrams, Jack Wertheimer and Ken Stein each call for the organized Jewish community to spend less time on politics and less money on episodic social gatherings for almost-surely-lost millennials. Instead, they say, American Jews must focus on Jewish and Zionist education, with much more money spent on day schools that teach an all-embracing Jewish identity to the very young.

For most American Jews, this is surely a bitter pill to swallow, but to my mind it is incontestably an accurate prescription too.

However, even these brave figures can’t quite bring themselves to level with their co-religionists and countrymen and tell them the fuller truth: That nothing short of a deep commitment to traditional Jewish ritual practice – with its personal strictures and many community boundary demands – is likely to lead to a revitalization of Jewish life in America and subsequently create a solid basis for recovery in Diaspora-Israel relations.

Obviously, these are arduous commitments that most American Jews are far from re-embracing at present. But if one can’t even admit that rigorous ritual engagement and real communal religious commitment is the only historically-proven formula for a sustainable and proud Jewish life; if not a single American Jewish (or Israeli) thinker dares to broach this in a serious intellectual symposium – then the Jewish People and Israel-Diaspora relations are in deep trouble.

Nevertheless, there is hope. Polls show that Israeli Jews think that a “strong and thriving” Diaspora Jewry is important for Israel’s future. They consider themselves responsible for global Jewish welfare, and are willing to invest resources in Jewish and Zionist identity ventures abroad. They clearly want a dialogue that is conducted with less delegitimization and more respect, in both directions.