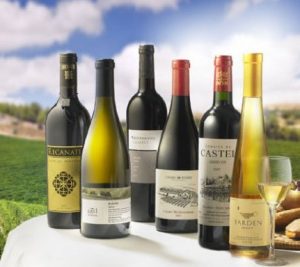 To mark Purim in Jerusalem today, I offer my semi-annual guide to good drinking of current kosher Israeli wines.

Any of these wines will do a fine job of blotting out the memory of Israel’s enemies such as Viceroy Haman or Ayatollah Khameinei, and in transporting your consciousness to the primordial Garden of Eden – where there is no confusion between good and evil, no darkness and daylight, and no hiding from responsibility.

Finally, let me tell you about a super-unique non-Israeli wine: The first and only real icewine in the kosher world, made in Canada! Toby Berkel and Avi Gislason of Tzafona Cellars of the Niagara Peninsula (tzafona.com) have produced a true cold climate icewine, where the grapes are left to freeze on the winter vines before being crushed, certified kosher by the Kashruth Council of Canada (COR).

At first, Tzafona made a creamy-sweet, golden Vidal dessert icewine, then a Cabernet Sauvignon icewine with a thinner texture and plum-raspberry hints. (I preferred the first wine).

The Golan Heights makes a similar dessert wine, called Heightswine, by mechanically freezing picked grapes before crushing them. But there is nothing like Tzafona’s real icewine in the kosher world.