Felling vanities and empires on Purim

Published in The Jerusalem Post and Israel Hayom, February 22, 2018.

The capriciousness of life should teach us humility. The ephemerality of power should give us strength. 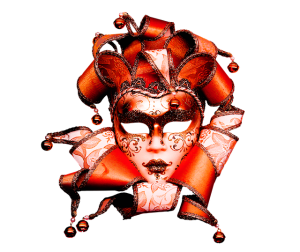 Recent political scandals, terrorist murders, and hostile military moves against Israel – juxtaposed this coming week with Purim – have me reflecting on the existential realities and uncertainties of life.

Despite all the rules and laws we create to regulate, stabilize and give structure to our lives, you simply never know, especially here in Israel, what is going to hit next. Our health, happiness and security are subject to whim, miscalculation, the sudden, unexpected and absurd. We’re not really in control. The silver lining is that unforeseen salvation and victory can also be just around the corner.

The capriciousness of life is exactly what Purim is all about. The Biblical book of Esther is marked by contradictions; filled with events that are unreasonable, seemingly pure chance. At one moment Jews live in security in Persia; the next, they face destruction. Mordechai is threatened with execution; then, overnight, he becomes prime minister. Irrational events and moods transform fear into festivity. Venahafoch hu – everything gets turned upside down and inside out.

The late, great Rabbi Joseph B. Soloveitchik taught that the holiday name Purim (meaning lottery or chance) purposefully draws attention to the fickleness of life and man’s susceptibility to seemingly accidental turns of fortune – despite the best laid plans.

Rabbi Soloveitchik further taught that this is not simply a tragic truth, but “an ethical postulate that gives rise to modesty and humility… Instability serves to ennoble, to dispel arrogance. The awareness of one’s vulnerability, that there ever lurks a hovering threat which can transform our condition, that suddenly without reason man can be cast down from the throne of success to the pit of despair – should enhance our ethical character.”

In Israel these days, such humility seems to be in short supply. The rich and successful, and the politically powerful, exude a preening pride and overbearing self-confidence that leaves no room for self-criticism or self-doubt. Nor for God. Israelis are, as a rule, absolutely certain that their individual viewpoint is absolutely correct, barring all others. So much for the Mishna, which reminds us to “be humble exceedingly” (Avot 4:4). Tolerance, which stems from humility, also remains largely a foreign concept.

So it might be a good idea to force all our would-be leaders to hear Esther read aloud in synagogue this week. A little humble pie would do them, and us, plenty good.

THE PURIM STORY also provides an excellent lesson, to Presidents, Prime Ministers and commoners, in understanding the link between Providence and human endeavor.

The Megillah hints that beyond the intrigue of royal courtyards; behind the politics of a White House or a Kremlin; and besides the movement of foreign and threatening military forces – lies a Hidden Hand operating on a transcendental plane.

Beyond the grasp of man’s finite mind, there is order and purpose. There is a higher Divine order into which man has not been initiated. In short, what appears random, isn’t. The “pur” (the “chance” hinted at in the word Purim) is really planned.

And thus, over and above the genocidal and threatening actors around us, from the time of Haman in ancient Persia to the Ayatollahs and Revolutionary Guards of Shiite Iran, there is an engaged and concerned G-d. And he acts to protect the Jewish People.

In fact, the grand sweep of Jewish history is a sustained tutorial against the evils of brutal dictatorships, totalitarian regimes, and arrogant empires. From the oppression implied in the Tower of Babel story to the slavery of Pharohnic Egypt, and from Achashverosh to Nebuchadnezzar, the Bible critiques the politics of absolute power. None of these empires lasted too long. And none of these bad actors were able to destroy the physical core and indomitable spirit of the Jewish People.

I see this as a message of warning to the Islamic Republic of Iran – the most acute wannabe totalitarian hegemon of our times, and which seems hell-bent on tightening a noose around Israel’s neck. You Iranians won’t succeed!

Alternatively and concurrently, I see this as a message of reassurance to Israelis, as to how we should view the Iranian attempt to destroy the Zionist enterprise: We Israelis shall overcome! The pretensions of Iran to regional or even global Islamic empire are ephemeral, and this should give us strength.

Rabbi Lord Jonathan Sacks has written that: “Judaism is the escape into history, the unique attempt to endow events with meaning, and to see in the chronicles of mankind something more than a mere succession of happenings – to see them as nothing less than a drama of redemption in which the fate of a nation reflects its loyalty or otherwise to a covenant with G-d.”

So we should understand our current strategic dilemmas as ordained trials meant to be tackled with wisdom and bravery. We can and should confront the Iranian challenge with confidence in the power of Jewish history. We should go forward in the knowledge that the State of Israel at 70 is not alone.