Waking up to the Iranian threat

Published in The Jerusalem Post and Israel Hayom, February 16, 2018. 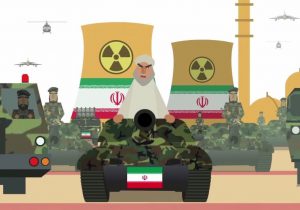 Perusing global media coverage of the sharp skirmish on our northern border last weekend, I was struck by the fact that few outlets focused on the Iranian aggression. Instead, the story was played out as a clash between Israel and Syria.

This is a serious mistake. It is an error in analysis that belies a deeper and more dangerous trend, which is the tendency of Western observers to ignore the root of so much evil in the region: Iran.

In fact, it continually surprises me that public figures I meet here, visiting from North America and Europe, are truly not aware of the scope of Iranian muckraking and troublemaking in the region. Generally, they know that there are bad actors at play here, from Al Qaeda and ISIS to Hezbollah, but they don’t have a comprehensive picture of Iranian belligerence and ambition, or the transformative tectonic threat of Iran to Mideast stability.

If anything, they often think that the JCPOA (President Obama’s nuclear deal with Iran) has shunted concerns about Iran to the back-burner, and that the Ayatollahs are now placidly focusing on rebuilding their society and economy.

But of course, nothing could be father from the truth. The Islamic Republic of Iran is on an aggressive march across the Middle East, presenting significant security challenges to Israel, to moderate Sunni Arab countries, and to Western interests. Iran does not hide its overarching revolutionary ambitions: to export its brand of radical Islamism globally, to dominate the region, and to destroy Israel.

So for the purposes of briefing those who haven’t been paying sufficient attention, here is a summary of the treacherous Iranian record.

Israel and Iran have essentially been in a war of stealth since the early 1980s (when Hezbollah was formed), but now Iranian generals and military forces have decamped on Israel’s border with Syria and moved to direct and open military confrontation with Israel. Last weekend, the Iranian military launched an attack drone from Syria on a spy mission into Israel, and commanded the anti-aircraft batteries that subsequently fired on Israeli jets (and hit a $50 million F-16I – the first Israeli jet felled by enemy fire in 30 years).

Iran is also confident enough to continue to oppress its own people, with no regard for human rights or true free speech. It had no problem putting down large-scale anti-corruption protests that erupted this winter, and the Ayatollahs continue to hunt down and assassinate critics of the regime abroad, too.

Time to pay attention to the grave Iranian threat to us all.