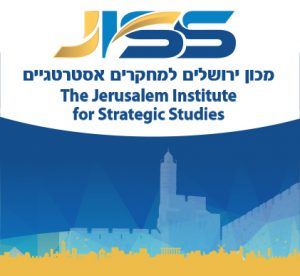 Prime Minister Netanyahu’s now-famous “sour pickles” speech [5] at the opening of the Knesset winter session, four days ago, was more than a curiosity; much more than good political theater.

It was a substantial address that touched upon some of the central intellectual battles underway these days, in and about Israel.

Essentially, Netanyahu was pushing back against what he called an “industry of despondency” about Israel; against negativism regarding the direction of Israel in all matters – societal, economic, democratic and diplomatic. Netanyahu rejected doom and gloom depictions of Israel as isolated, divided, oppressive, frozen and fascist.

Instead, he argued, Israel is on the upswing in almost all fields, with strong showings in defense, diplomacy, business, arts and science; and yes – in democratic discourse and in identity politics too.

I am particularly interested in intellectual currents in defense and diplomatic matters, which are undergoing an important revolution.

For years, the left-liberal side of Israel’s political spectrum has advanced an alarmist and defeatist narrative: that Israel is losing its global stature and support because of the continuing stalemate in relations with the Palestinians.

Netanyahu is saying no to this! He is saying that Israel can stand-up for its historic rights and acute security interests – and still improve its security and global standing, and maintain its robust universalist/nationalist identity.

Of course, a process of reconciliation and compromise with the Palestinians would be preferable. But Israel’s importance, salience and relevance for the Jewish People and for world are functions of much more than our difficult situation with recalcitrant Palestinians.

Israel has a strategic standing, regionally and globally, that is consequential and resolute. The strength of Israel and the religious-national values embedded in its society are affectionately respected in many, many quarters.

THIS IS PARTIALLY the context that explains the establishment in Jerusalem this month of a new conservative security think tank – the Jerusalem Institute for Strategic Studies, or JISS. (I am its founding vice president). The institute seeks to counter debilitating currents in Israeli defense and diplomatic discourse, and recapture the mainstream in Zionist security thinking.

Among the principles underlying the institute’s activity are the Jewish People’s historic connection to the land of Israel as a central component of strategic worldview; the salience of security in diplomatic agreements; rejection of unilateral Israeli moves that strengthen adversaries; the importance of strategic cooperation with like-minded Western allies; the imperative of Israel being able to defend itself by itself in all eventualities; and, critically, the importance of united Jerusalem to Israel’s security and destiny.

The fact is that over the past three decades, the Israeli Left astutely has financed a multitude of public policy centers to buttress an agenda of far-reaching concessions meant to rapidly pave the way towards Palestinian statehood with a divided Jerusalem as its capital.

Alas, the Israeli center-right has not created a serious intellectual infrastructure that might lead security thinking in an alternative direction. The Jerusalem Institute for Strategic Studies seeks to redress this situation; to push back against downcast and despairing narratives; and to reinforce the healthy, steadfast instincts of the Israeli majority.

Here is an example of healthy instincts. According to a new JISS public opinion poll to be released next week, a solid majority of Israelis (64%) believes that Israel must rule the entire Jerusalem envelope for security and ideological reasons. Even larger majorities believe that Israel must maintain sovereignty over the Temple Mount whatever diplomatic accords emerge (72%), and that Jews should be able to pray on the Temple Mount (68%).

The new institute will also seek to energize Israeli strategic discourse with a reconsideration of defense concepts that have fallen by the wayside over the past two decades, such as preemptive war and secure borders. Another central focus for the new institute is training the next generation of national security specialists – a younger cohort from the Israeli academic, intelligence, military and foreign policy communities – in the best traditions of both Zionist and Western grand strategic thinking.

The choice of Jerusalem for this new think tank is no accident. The July events surrounding the Temple Mount, as well as the decision by the Trump Administration to walk back an explicit election promise on the transfer of the US embassy to Jerusalem – where the embassy belongs! – are but two aspects of what is bound to be an almost existential issue for Israel and the Jewish People.

JISS is well-positioned to explain – internally and internationally – why Israel’s custodianship of the united city is so important; and to explore the ways in which this vital cornerstone of Israel’s national security and identity can be protected and enhanced. In fact, the institute’s launch conference on November 6 (at the Begin Heritage Center; open to the public) focuses on “The Struggle for United Jerusalem.”

The presence in Jerusalem of a (mainly Hebrew-language) policy-oriented security think tank fits into an important shift in the culture of national security decision-making. Traditionally, such decision-making was the exclusive purview of defense institutions that lie between Glilot and the Kirya in Tel Aviv. Now, a cluster of important national security agencies have moved to Jerusalem.

This includes an active National Security Council at the Prime Minister’s side; the ministries of strategic affairs and intelligence; and economic ministries such as finance, trade, energy and science that are more vital than ever in integrated national strategies.

The planned relocation to Jerusalem of the IDF National Defense College, and what I hope will yet be a revitalization of the Ministry of Foreign Affairs, will add to this nexus in Jerusalem of critical security institutions.

The Jerusalem Institute for Strategic Studies website (www.jiss.org.il) which launches on November 1 will feature illuminating scholarship on a range of key topics. This includes the need to counter massive and illegal Palestinian settlement building in Area C with a significant Israeli building surge in Judea and Samaria blocks; the strategic and security importance of Jerusalem under Israeli sovereignty; and the challenge of drawing Jerusalem Arabs away from the Islamists and towards integration with Jerusalem’s Jews.

Institute experts also write on the strengths and weaknesses of Iran as it seeks regional hegemony; the importance of military service as a catalyst for incorporating Haredim in Israeli society; doctrinal and budgeting dilemmas in building Israel’s defense posture; the (waning) prospects for Kurdish independence; and the worrisome Egyptian military buildup.