Israel shouldn’t pay the EU one red cent of “compensation” for dismantling illegally-built EU settlements in Area C. And if our government idiotically dares to settle with the EU, and shells out a single shekel, I am going to withhold paying my taxes in protest. 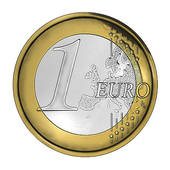 Israel should repulse the escalating European Union campaign of intimidation.

You see, boycotts of Israeli products from Judea and Samaria no longer satisfies Brussels. Ramping-up its confrontation with Israel, the European Union has gone into the business of establishing “settlements” for the Bedouin and Palestinians in Judea and Samaria, tower and stockade style.

This includes the wild Bedouin building spurt that the EU has insolently funded in the strategic E1 quadrant between Jerusalem and Maale Adumim, in entirely purposeful defiance of Israel.

The IDF defines the area in question a pivotal part of Israel’s strategic depth, and essential to defensible borders for Israel. It is also Area C under the Oslo Accords, which means that Israel holds exclusive civilian and military control.

Civil Administration data, presented last year to the Knesset’s subcommittee on Judea and Samaria, showed that 6,500 Palestinians were living in some 1,220 illegally-built homes in the area, and the number undoubtedly has grown since then – thanks to the EU.

The imperious EU has poured perhaps 100 million Euros into EU-emblazoned prefabs, EU-signed roads, and water and energy installations – in E1, in Gush Etzion (near Tekoa), in the southern Hebron hills, and even in the Negev.

Under the cover of diplomatic immunity, the EU’s settlement-building bosses audaciously thumb their noses at inspectors of the IDF’s Coordinator of Government Activities in the Territories (COGAT). Then, they scream bloody murder when the IDF moves in, ever so minimally (– far too meekly and infrequently, I think!) to knock back a few of the most provocatively- and problematically-positioned EU illegal outposts.

Note that every Israeli prime minister since Yitzhak Rabin has promised and intended to build in the E1 quadrant as the eastern strategic anchor for Jerusalem and its critical connection to the Jordan Valley; only to be stymied by international protests.

In short, the EU’s support of the Palestinians has graduated from passive diplomatic and financial assistance to subversive participation in the Palestinian Authority’s illegal construction ventures. The explicit EU intent is to erode Israeli control of Areas C and eastern Jerusalem while promoting Palestinian territorial continuity leading to runaway Palestinian statehood.

IN JUNE AND AUGUST, the EU fiercely warned COGAT that Israel’s policy of demolishing illegal and unauthorized Palestinian construction is harming ties between Israel and the 28-member EU countries.

According to Le Monde, eight member states of the EU this week took the further, unprecedented move of penning a letter to the Israeli foreign ministry demanding that Jerusalem reimburse (!) EU countries for the dismantling of infrastructures in the West Bank such as solar panels and mobile homes that were slated to serve innocent “local Arab schools.”

Belgium, Denmark, France, Ireland, Italy, Luxembourg, Spain and Sweden – members of the so-called “West Bank Protection Consortium,” a body which coordinates “humanitarian assistance” to Bedouin and Palestinian squatters in Area C – are now demanding that Israel pay them compensation of more than 30,000 Euros each.

Such mind-boggling chutzpa! First the EU builds illegal settlements in defiance of Israel, then it demands that Israel pay for these offenses when Israel acts against them. How much more contemptuous can you get than that?

The European position is that under the Geneva Convention Israel is responsible for dealing with the everyday needs of the Palestinian population in Area C, and since it is “not doing so,” the European states are stepping in with humanitarian aid. But it’s clear to anybody with a brain that European activity in Area C is not “humanitarian assistance” but political activity that brazenly seeks to create “facts-on-the-ground” – to strengthen the Palestinians’ hold on Area C.

In doing so, the EU has thrown key cornerstones of peace diplomacy out the window. “Not prejudging the outcome of negotiations,” and “direct negotiations between the parties without coercion” – are principles that no longer hold sway, at least as far as EU pampering of the Palestinians is concerned. Instead, collusion with Palestinians and defiance of Israel is in vogue.

The EU superciliously ignores the fact that the Palestinian Authority has rejected Israeli offers three times (2000, 2001, and 2008) which would have given them statehood, including possession of almost all the West Bank and a share of Jerusalem. They also fled from US Secretary of State John Kerry’s talks in 2014, and have sought to grab international recognition of their “statehood” unilaterally, while demonizing and criminalizing Israel in international courts.

Then the Palestinians revel in useless peace confabs, like the conference that Paris convened last summer, because this diverts attention from their intransigence and heightens Israel’s diplomatic isolation without actually brokering a peace negotiation that the PA doesn’t want.

But none of this bothers the EU. It’s just happy to push Israel towards essentially-unilateral withdrawals – without any expectations of real moderation from the Palestinians.

In-your-face EU diplomacy should be met with in-your-face Israeli diplomacy. Perhaps Israel should demand compensation from Belgium, Denmark, France, Ireland, Italy, Luxembourg, Spain and Sweden for the Jews persecuted, the Jewish property confiscated, and the synagogues destroyed in their territories over the past 2,000 years.

And if our government idiotically dares to settle with the EU, and shells out a single shekel, I am going to withhold paying my taxes in protest.

The author is vice president of the Jerusalem Institute for Strategic Studies, Israel’s new conservative security think tank. Its launch conference is on November 6 (jiss.org.il).