Stepping forward, or backward, in Jerusalem?

Published in The Jerusalem Post and Israel Hayom, October 6, 2017.

Cutting Arab neighborhoods in the east and north out of Jerusalem’s municipal jurisdiction is a bad idea; a slippery slope towards a full-scale political division of the city. Either Israel rules effectively, generously and fully in greater Jerusalem, for all residents, or it doesn’t. 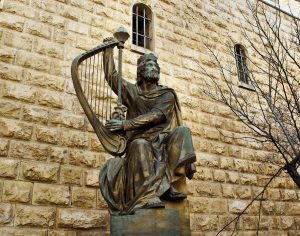 As Jews and Christians from around the world flock to downtown Jerusalem and its Old City for this joyous holiday week, the city’s demographic, economic and security problems fester in the background, and particularly on the periphery of the city.

Few know that there is a plan percolating its way up the Israeli decision-making ladder to bring about a significant change in the status of several Arab neighborhoods in the east and north; essentially to decouple them from Jerusalem; to remove them from Jerusalem’s municipal jurisdiction and to create for them a separate local authority.

The main rationale for doing so: to improve the demographic balance of the city by reducing the Arab population of Jerusalem from 40 to 30 percent.

I have serious doubts as to the wisdom of this plan, given its diplomatic and defense implications. I doubt that it will work, and fear that it will prove a slippery slope towards a full-scale political division of the city.

In order to understand the dilemma, one must know the numbers. There are some 320,000 Arab residents in Jerusalem, plus at least 50,000 residents of Judea and Samaria who reside in the city illegally or by virtue of family reunification.

These Arabs have the legal status of permanent residents, which grants them the right to live and work in Israel without the need for special permits (unlike Palestinians in Judea and Samaria). It also entitles them to full Israeli social, health and educational benefits.

Many Jerusalemite Arabs have responded enthusiastically to the municipality’s recent efforts to reduce the disparities and improve the level of services and infrastructure in Arab neighborhoods. Jerusalem mayor Nir Barkat has placed an emphasis on educational programs such as intensive Hebrew and pre-university preparatory programs for Jerusalemite Arabs.

And in fact, the number of eastern Jerusalem students who opted for the Israeli matriculation curriculum jumped by 20% this year; up from 300 to 5,800 students over seven years. So a positive path forward is open to greater integration of Arab Jerusalemites with Jewish Jerusalemites in one united Israeli capital city.

But anywhere from 90,000 to 140,000 of Jerusalem’s Arabs live in chaotic neighborhoods that lie within the municipal boundaries of Jerusalem but are on the other side of the security fence, particularly in Kafr Aqab and the Shuafat refugee camp in the north of the city.

This is no-man’s-land, where no real government exists, not Israeli and not Palestinian. Terrorism, crime, poverty, and drugs are rampant in these neighborhoods. Massive construction of illegal and unsafe high-rise buildings is underway. For years, the Israeli government has neglected this situation.

One radical response to this problem is being advanced by former Labor and Kadima politician Haim Ramon along with a group of inveterate peace processers that have been proven wrong over and over. They want to wall 200,000 Jerusalem Arabs in 28 neighborhoods out of the capital; to strip them of their Israeli resident status and social benefits; and transfer them to the weak and unreliable Palestinian Authority. Neighborhoods like Shuafat, Jabel Mukaber, Sur Baher and Walaja would be locked out of Jerusalem.

Ramon’s belligerent plan to partition Jerusalem is dreadful. The shearing of the city into Arab and Jewish sovereignties would turn Jerusalem into Belfast at its worst. Any section of the city that falls under Palestinian sovereignty will become Ground Zero for the fierce wars being waged within the Arab world over Islamic lifestyle, ideology and legitimacy, and will become a base of attack on Israel.

The government of Prime Minister Netanyahu is not going to allow this. But Minister of Jerusalem and Heritage Zeev Elkin has thrown his support behind the so-called “Jerusalem Shield” plan to exclude Kafr Aqab and Shuafat from Jerusalem’s jurisdiction while still keeping them under Israeli sovereignty. The plan (developed by a group of activists headed by Chaim Silberstein) and Elkin’s views were revealed by Nadav Shragai in this newspaper two months ago.

Unlike Ramon’s madcap plan, this does not entail ceding Arab neighborhoods to the Palestinian Authority or revoking the inhabitants’ Israeli residency status and social benefits. But the neighborhoods would become independent local authorities, like Mevasseret Zion and Abu Gosh outside of Jerusalem, and subsequently perhaps part of a greater Jerusalem metropolitan structure that includes Gush Etzion, Givat Zeev and Maale Adumim.

Elkin wants the government to allocate 2 billion shekels ($550 million) to development, infrastructure and policing of these proposed new local councils “outside” of Jerusalem.

The idea reportedly is viewed favorably by Gideon Saar of Likud and Naftali Bennett of Bayit Yehudi. In fact, Bennett’s “United Jerusalem” bill, which passed first reading in the Knesset in July, has a hidden clause that would make it possible to detach Arab neighborhoods from the city as long as they remain under Israeli sovereignty.

And it’s possible that Kafr Aqab and Shuafat could be subtracted from Jerusalem’s jurisdiction without legislation. The Interior Ministry has a simple procedure for unilaterally changing municipal boundaries.

But Mayor Barkat takes a dim view of the plan, as does a working group in the National Security Council – for good reasons.

After Kafr Aqab and Shuafat are amputated from Jerusalem, are we really to believe that then Israeli authorities are finally going to begin to invest in and inspect health and school facilities, regulate and supervise construction, and police these towns? Or is it plainly going to be easier than ever for dangerous Islamist forces and the PA to run amok in these areas?

Who is going to prevent tens of thousands of Palestinians from the West Bank hinterland from moving into these towns, either to benefit from Israeli investment or to build-up a base of attack on Atarot, Pisgat Zeev and Neve Yaacov? Is Israel going to rebuild the security fence to encompass these towns? Has anybody done a long-term “war game” exercise to simulate the likely result of a detachment attempt ten years down the road?

And besides, can you believe that the Israeli High Court of Justice will countenance any denouement in the Jerusalemite “rights” of Kafr Aqab and Shuafat Arabs?

Most of all, I suspect that the domino theory will apply to such a move; the shift in municipal status inevitably will lead towards a full-scale political division of the city. And that would have terrible strategic and diplomatic consequences for Israel.

Everybody knows that there is no such thing as being “half pregnant.” Either Israel rules effectively, generously and fully in greater Jerusalem, for all residents, or it doesn’t. I believe that Israel can ensure prosperity and security for the entire Jerusalem envelope.

The writer is founding vice president of the new Jerusalem Institute for Strategic Studies (JISS), which will relate to this issue in greater depth at its launch conference on November 6.