A roundup of recent deep-think journal articles on a range of issues: superpower competition, US civil strife, EU collapse, the deconstruction of the West, liberal and conservative biases, and Trump’s female supporters. 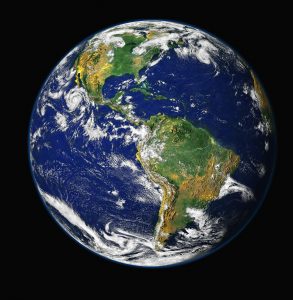 Instead of listening to the hourly newscast with its never-ending fare of political mudslinging and tales of corruption, I enjoy summer “cucumber season,” the slow news season, for the opportunity to read long-form essays which reflect on more substantial ideas.

Here is a roundup of recent deep-think articles from intellectual journals on a range of issues: superpower competition, US civil strife, EU collapse, the deconstruction of the West, liberal and conservative biases, and Trump’s female supporters.

* Are Russia and China adversaries or partners? Two of the top foreign policy intellectuals in the US utterly disagree on the question of how President Trump should approach Russia and China.

In The American Interest [5], Prof. Niall Ferguson of Harvard University argues that Trump should co-opt Russia and China into a new world order by sharing “spheres of influence” with them. This would be a way of fending off challenges from radical actors such as Iran and ISIS. Ferguson roots his proposal in the foreign policies of President Theodore Roosevelt and the strategic thought of Henry Kissinger.

But in Foreign Policy [6] magazine, Prof. Robert Kagan of the Brookings Institution responds that that America must check the rising powers of Russia and China before it’s too late. Kagan warns that it has always been tempting to believe that geopolitical competition can be solved through efforts at cooperation and accommodation, but it has rarely worked. Revisionist great powers are not easy to satisfy short of complete capitulation. Their sphere of influence is never quite large enough to satisfy their pride or their expanding need for security.

“For the United States to accept a return to spheres of influence would not calm the international waters. It would merely return the world to the condition it was in at the end of the 19th century, with competing great powers clashing over inevitably intersecting and overlapping spheres. Going this route, the US would literally bring on World War III.”

* Is the West self-destructing? Writing in The American Interest [7], Prof. Andrew A. Michta (of the George C. Marshall European Center for Security Studies) says that the greatest threat to the liberal international order comes not from Russia, China, or jihadist terror but from the self-induced deconstruction of Western culture.

Michta says that growing instability in the international system is not essentially due to the rise of China as an aspiring global power, the resurgence of Russia as a systemic spoiler, the aspirations of Iran for regional hegemony, or the rogue despotism of a nuclear-armed North Korea. Nor is the increasing global instability due to a surge in Islamic jihadism across the globe, because the jihadists have nowhere near the capabilities needed to confront great powers.

The problem, rather, is the West’s growing inability to agree on how it should be defined as a civilization. In the wake of decades of group identity politics and the attendant deconstruction of nation-state heritage through academia, the media, and popular culture, Western conviction in its own uniqueness remains a pale shadow of what it was a mere half century ago. It has been replaced by elite narratives substituting shame for pride, and indifference to one’s own heritage for patriotism. And national communities cannot be built around the idea of collective shame over their past.

Michta reminds us that the nation-state has been arguably the most enduring and successful idea that Western culture has produced. The concept of a historically anchored and territorially defined national homeland, having absorbed the principles of liberal democracy, the right to private property and liberty bound by the rule of law, has been the core building block of the West’s global success and of whatever “order” has ever existed in the so-called international order. (It is also at the root of Israel’s self-conception and self-assurance).

Though challenged by fascism, Nazism, and communism, the West emerged victorious when confronted with existential danger, because it defaulted to shared, deeply held values and the fervent belief that what its culture and heritage represented were worth fighting, and if necessary even dying, to preserve.

Alas, the greatest threat to the security and survival of the democratic West as the leader and the norm-setter of the international system comes not from the outside but from within, Michta concludes.

* Is America Headed for a New Kind of Civil War? After Charlottesville and other deadly episodes in Ferguson, Charleston, Dallas, St. Paul, Baltimore, Baton Rouge, and Alexandria – has the US become a fragile democracy? Based on conversations with five prominent Civil War historians, Robin Wright concludes in The New Yorker [8] that the US faces a 35% chance of civil war over the next ten to fifteen years.

In the modern age, she writes, few civil wars involve pitched battles from trenches along neat geographic front lines. Many are low-intensity conflicts with episodic violence in constantly moving locales. They begin with entrenched national polarization, with no obvious meeting place for resolution; increasingly divisive press coverage and information flows; weakened institutions, notably Congress and the judiciary; a sellout or abandonment of responsibility by political leadership; and the legitimization of violence as the “in” way to either conduct discourse or solve disputes.

Americans today increasingly doubt the credibility of their political institutions, including Congress, the Supreme Court and the Presidency. “So who do we put our faith in today? Maybe, ironically, the FBI; and with all those military men in the Trump Administration…”

* Is the European Union heading for a Soviet-style collapse? Nils Gilman and Steven Weber of the University of California in Berkeley, argue in The American Interest [9] that the historical parallels between the European Union of 2016 and the USSR circa 1989 are deep enough to take seriously.

The EU may be structurally un-reformable in many of the same ways that Soviet Russia was. Its institutions are too complex, too interconnected, too insulated, too rigid, and ultimately too self-absorbed to grasp the necessity for change. The Eurocrats who run them, like Brezhnev’s nomenklatura, might be holding on to that last little bit of utopian thinking or they might just be holding on to their comfortable sinecures—but in either case “they will fight EU perestroika tooth and nail in every possible under-the-table manner of blocking, foot-dragging, and obfuscation.” And when it’s over, Westerners will once again be found asking themselves, “why didn’t we see it coming?”

* Why did women vote for Trump? In Foreign Policy [10] magazine, Cathy Young discovers the millions of American women – 53 percent of the white female vote – who voted for Donald Trump. Contrary to stereotype, they are educated, feminist and sophisticated – and nevertheless nationalist in orientation. The complaint that arises again and again in conversations with them is dissatisfaction with the status quo and establishment culture.

Young notes that European women also are supporting nationalist movements of their own, in France, Germany, Norway, Denmark and England. Opposition to Islamist extremism is the ground on which many women on the American Trumpist right converge with the harder-core conservative women of Europe. There is a shared view of independent womanhood as a bedrock of modern Western civilization, of female emancipation coming under threat from cultural forces that have infiltrated Europe and America with the arrival of Muslim immigrants.

* Are Liberals as tolerant as they think? Writing in Politico [11], Matthew Hutson shows that liberals and conservatives are equally prejudiced. His comprehensive survey of recent psychological research literature demonstrates that conflicting political values drive mirror-image liberal and conservative prejudices.

So while liberals might like to think of themselves as more open-minded, they are no more tolerant of people unlike them than their conservative counterparts are.