Published in The Jerusalem Post and Israel Hayom, July 14, 2017.

The debt-ridden medical center is on the road to financial recovery and renewed medical excellence under the leadership of its tough and trailblazing director, Prof. Zeev Rotstein. 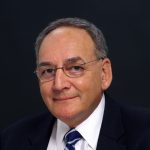 For the past nine months, headlines have focused on an ugly fight between a group of pediatric hemato-oncology doctors at Hadassah Medical Center in Jerusalem and the leadership of that institution; a dispute that went all the way up to the High Court of Justice.

Last week, the court put an end to the doctors’ attempt to force the hand of the hospital administration and the Ministry of Health, while failing to broker a compromise agreement that might have brought comprehensive relief to the patients most affected by the dispute.

With the legal battles over, I think that it’s now time to look beyond the specifics of the heated controversy and consider the underlying situation at Hadassah. Here there is good news. Hadassah is on the road to financial recovery and to renewed medical excellence.

Unfortunately, hubris and irresponsible management over the past two decades had driven Hadassah into deep debt. The leadership of the institution apparently assumed that it could get away with hyper-deficits, just because it was a Jerusalem-based national institution which the government undoubtedly and inevitably would have to bail out. Hebrew University of Jerusalem leaders made similar assumptions and have wracked-up equally rash liabilities.

But Minister of Health Yaakov Litzman wouldn’t lend a hand to such shenanigans. He conditioned the rescue plan for Hadassah, which the government signed three years ago, on far-reaching medical and financial reforms.

Everybody knew that salvaging Hadassah was going to be tough. It would require a complete overhaul of management practices, painful modification of remuneration protocols, renegotiation with health insurers, rationalization and restructuring of medical teams, and transformation of logistical operations; alongside the renovation of medical infrastructures, and investment in both the best technologies and best medical personnel for the future.

Litzman brought-in the public health system’s strongman to lead the gargantuan task. He drafted a hospital director who was more experienced than anybody else in Israel in the byzantine politics and economics of healthcare; a man with the stamina and self-confidence to drive dramatic change. He called for Prof. Zeev Rotstein.

I worked alongside Rotstein for a decade (in a public affairs capacity) at the Sheba Medical Center at Tel Hashomer, where he led a revolution that made Sheba the largest hospital in the Middle East and perhaps the very best. He is a public servant with great achievements, and was a tough but rewarding boss. That’s why I am troubled by the demonization of Rotstein over the past year.

Prof. Rotstein’s watchword was “excellence,” meaning that Sheba had to have the top technologies, tightest operating protocols, most modern facilities, finest physicians and best-trained nurses. His motto was: “The Patient at the Center,” meaning that user experience and patient benefit was paramount.

He was relentless in pursuit of these goals, honestly earning a reputation as a trailblazer; some would say, I think correctly, a bulldozer. His zeal for the achievement of medical excellence for the benefit of patients often meant running roughshod over plodding, narrow-thinking, medieval-minded bureaucrats in the health and finance ministries, who truly didn’t understand the needs of the public health system and patient care as well as he did. It also meant that doctors were expected to be team players, not prima donnas fiercely protecting their fiefdoms.

Sheba became and remains the only major public hospital that turns a profit, with enough cash to consistently invest in young medical stars and cutting-edge technologies. So much so that the government got into the bad habit of annually siphoning-off some of Sheba’s revenues to prop-up failing hospitals, like Barzilai and Hadassah.

Rotstein could have rested on his laurels at Sheba, retiring gracefully at 67 this year with all due accolades. He didn’t need to take on the mess at Hadassah. A less patriotic professional and more self-indulgent leader would have declined Litzman’s call to come help save Hadassah; a kamikaze task, in the view of many.

Nevertheless, Rotstein fearlessly entered the fray two years ago, and – putting aside the unnecessary and debilitating confrontation with the oncologists – already can show movement in the right directions.

Hadassah’s accumulated deficit has been cut in half from NIS 1.3 billion to NIS 640 million. Its operating deficit is down to NIS 160 million, and more savings are coming as the hospital jettisons the unbalanced financial subsidies it accords to the Hebrew University’s medical school. Hadassah’s gross income from medical services was up by over NIS 100 million in 2016, with the numbers on a similar track for 2017.

More importantly, Rotstein is “returning Hadassah to the public.” He cancelled the provision of Sharap (private medical services for the wealthy and very-well insured) in the morning hours, and opened hospital outpatient clinics to the non- and under-insured. All this significantly cut-back waiting times for access to the hospital’s top doctors. As a result, patient visits to Hadassah are on the upswing, as are births at Hadassah; by more 10 percent in 2016-2017.

In addition, Rotstein is closing the technological gap and upgrading infrastructures. Four CT, three MRI, and two PET-CT scanners have been replaced with the most advanced models at the cost of millions of dollars. Surgical theaters are being renovated to top global standards. So is the neonatal unit. The old hospital building is about to undergo a NIS 200 million renovation to transform it into an outpatient center. Five new “centers of excellence” are going to be created in pediatrics, oncology, cardiac care, women’s health, and rehabilitation.

This auger’s well for Hadassh’s full recuperation. The beleaguered hospital director should be given the time and support to complete the task. For all his jagged edges, Rotstein is the right man at the right time as venerable and vulnerable Hadassah enters its second century.