Published in The Jerusalem Post and Israel Hayom, July 7, 2017.

Ehud Barak himself is promoting his political resurgence with the most violent political language heard in this country in decades. He is using the “f” and “a” words – fascism and apartheid – to describe the policies of his conservative opponents with the frequency of rainfall in Vancouver. In my view, this alone disqualifies Barak from ever again leading this country, and that’s before we get to discussion of his dismal past political performance. 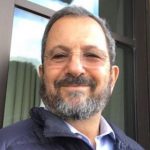 Desperate for a political messiah that will transform Israel’s so-called “peace camp” and pose a viable alternative to Prime Minister Netanyahu, some on the Left are concocting a campaign to call forth the ghost of former prime minister Ehud Barak.

Just say no! Barak’s wild rhetoric and record should rule him out of the race.

This is the lay of the political landscape: The Labor Party is in long-term decline, this week deposing its leader for the umpteenth time in a row, and selected two uninspiring candidates for a run-off. One is an unabashed leftist and socialist, and the other an unproven upstart who has flipped through parties with Tzipi Livni-like speed. Neither Amir Peretz nor Avi Gabbay are likely to captivate the country and catapult Labor to national leadership.

For all their qualities, only a minority of Israelis see Moshe Kachlon, Yair Lapid and Avigdor Lieberman as viable replacements for Netanyahu. The Prime Minister, for all his faults and foibles, easily stands out as Israel’s most experienced and wily statesman. Look at the way in which he has strategically led Israel to important new alliances with India and other Asian and African countries, Gulf states and Russia too – transforming Israel’s diplomatic horizons.

So, forlorn for a political redeemer that might threaten Netanyahu, some on the left are fantasizing Barak’s return to politics at the head of a new coalition of parties that somehow will encompass and eclipse Peretz/Gabbay, Livni, Lapid and perhaps even Kachlon and Zahava Galon of Meretz. Barak’s associates have founded a public platform called “Achrayut Leumit” (Hebrew for national responsibility) to advance what they call a “national moral awakening.”

Ehud Barak himself is promoting his political resurgence with near-messianic zeal, preening self-confidence, sky-high arrogance, and the most violent political language heard in this country in decades.

At the Herzliya Conference two weeks ago, and in dozens of other speeches across the country being promoted aggressively on social media, Barak has been savaging Netanyahu, Naftali Bennett, Ayelet Shaked, David Bitan, Miri Regev, right wing rabbis, and anybody and everybody who speaks about keeping Jerusalem united, as “dark and dangerous ultra-nationalists who are undermining the foundations of Zionism and Israeli democracy.”

The insane exaggerations and radical characterizations to which Barak has stooped are shocking. His speechifying is exceedingly belligerent and demonizing. He has begun to use the “f” and “a” words – fascism and apartheid – to describe the policies of his conservative opponents with the frequency of rainfall in Vancouver.

In his Herzliya harangue, Barak hurled the demonizing word “fascist” at Netanyahu’s coalition three times, by my count, and the word “apartheid” at right-wing West Bank policies another three times. He then accused all Israelis to his right of wearing Nazi-style “selection eyeglasses” (“mishkefei selectzia shel hayamin”) – which is about as depraved and disgusting a political slur as might be imagined for a born-again wannabe Israeli leader.

Barak delivers all this dreadful demagoguery alongside incessant use of the epithet “messianic” in describing policies of the right wing. Which, of course, is supremely ironic, since the only messianism that exists in abundance when in Ehud Barak’s presence is his messianic self-assurance.  His pomposity, vehement denigration of others, and unrestrained use of near anti-Semitic and pseudo-BDS language about Israel, is irresponsible and unacceptable.

Having heard Barak speak in recent months several times, I’ve come away with the impression that the man is today truly unhinged. His wild ambition and obvious hatreds have pushed him over the deep end, to the point where he is willing to give succor to Israel’s worst enemies to feed his own megalomaniac ambitions.

In my view, this alone disqualifies Barak him from ever again leading this country, and that’s before we get to discussion of his past political performance.

This includes his record defeats in the elections of 2001 and 2009 (leading Labor to its lowest-ever number of seats); his rotten record as prime minister (– the shortest term of any prime minister, not surprisingly); his helter-skelter retreat from Lebanon (which led to the rise of Hezbollah); and his disastrous diplomatic policies (especially his reckless gambit at the 2000 Camp David summit which permanently weakened Israel’s ideological hold on Jerusalem and led directly to the second intifada).

Barak’s truculent and self-serving brand of politics is the last thing that Israel needs today. No thank you.