Next year in Jerusalem?

Originally published two years ago, entitled “Re-liberating Jerusalem,” in The Jerusalem Post and Israel Hayom, May 15, 2015.

I am re-posting my Jerusalem Day column from two years ago. Alas, almost no item on this checklist of actions that Israel must take in Jerusalem has been acted upon by the Netanyahu government, because of American pressure. Now, as Trump arrives, it is time to re-liberate Jerusalem!

Time to reestablish Zionist momentum in Jerusalem, in the face of multiple diplomatic and security threats. This means building many new homes, cracking down on Arab violence, and securing minimal Jewish rights on the Temple Mount. The Netanyahu government will enjoy widespread public backing for determined action to shore-up Israel’s stake in the holy city.

[Read the speech that I think Trump should give in Jerusalem this week, here.] 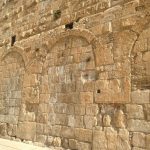 It’s been almost fifty years since Israel unified Jerusalem and turned it from a dusty and depressed backwater town into a truly radiant international capital city sparkling with energy and creativity.

There is more to come. The dynamic vision for Jerusalem at 2020 in the transportation, cultural, recreational and business fields unveiled this week by the city mayor, Nir Barkat, is exciting and uplifting.

Yet as we approach Jerusalem Liberation Day, there are hefty question marks hanging over the city’s future. These uncertainties flow from government hesitations in the face of international and Arab pressure for re-division of the city (Heaven forbid).

Instead of acting decisively to buttress Israel’s sovereignty, security, economy, and social vibrancy in Jerusalem, we have stalemate in government decision-making.

In fact, the threats to Jerusalem as a living, breathing, growing, safe and open city – and to Jerusalem as the capital of the Jewish state and the epicenter of the global Jewish community – come mainly from neglect on Israel’s part.

* Housing: Except for very rich (and mostly foreign) buyers who can afford luxury skyscrapers and fancy villas in central Jerusalem, there is no significant new building underway in the city or its immediate environs for young families with kids.

For fear of international censure, the government has shrunk from critically-needed expansions of peripheral, middle class neighborhoods like Ramot, Ramat Shlomo, Pisgat Zeev, Gilo, and Givat Hamatos (all of which are over the stale “Green Line”). No new neighborhoods have been established in the city since Netanyahu’s first term in the late nineties (Har Homa). For the same reason, successive governments going back to Yitzhak Rabin have failed to follow-through on plans to build housing in the large E-1 quadrant on the eastern slopes of the city (along the road towards Maale Adumim).

Netanyahu threatened to build in E-1 if the Palestinian Authority sued Israel for war crimes in the International Criminal Court, then failed to follow-through on his threat even when the PA launched an ICC assault. But this only highlights the fact that the expansion of Jerusalem eastward, so critical to the viability and livability of the city for the long term, is being held hostage to global politics.

Jerusalem also has been boxed into an affordable housing stalemate by environmental lobby groups who want to protect the green mountains to the west of the city, and who have stymied all plans for significant housing projects in this area (adjacent to Tzur Hadassa, Mevasseret Zion and more).

Netanyahu’s new government must move to break these “settlement” logjams.

* Security: Just yesterday, the security services broke-up a big terrorist cell operating out of Silwan. But cars and buses traveling to or parking near the Western Wall are regularly stoned, and almost every Jerusalem light rail streetcar has been hit by stoning in the north of the city.

Travel to the hallowed, ancient Jewish cemetery on the Mount of Olives is extraordinarily risky; Jewish mourners are sure to be assaulted. As a result, almost nobody ventures there. The few, brave bereaved families who do so, travel in organized convoys with bullet and stone-proof windows. There is also frequent Arab vandalism of the graves.

This is, of course, a shameful abdication of Israeli sovereignty and Jewish national dignity. Were such violence against Jews or vandalism against a Jewish cemetery to regularly occur abroad, it would be an international scandal.

Even though he was from a ‘nationalist’ political party, the previous Police Minister took a light policing approach to the lawlessness in Jerusalem. He and his police brass wanted to avoid incidents that could become major conflagrations and international trouble for Israel. While understandable, this low-profile strategy is no longer sufficient.

Netanyahu’s new government must devote much more attention to the re-securing (dare I say re-liberation) of Jerusalem – by boosting the manpower, resources and authority of the Jerusalem police force; and by renewed enforcement of civic law in the Arab neighborhoods of the city, including building and tax codes, noise pollution bylaws, and traffic rules.

Some will say that another part of the answer is the devotion of more municipal services and budgets to the eastern parts of the city. That’s true, but let’s face it: The developmental gap is not why the violence is growing. Mayor Barkat is indeed advancing Arab neighborhoods of the city, through more budgets for education and infrastructure.

Jewish visitors to the mount – the very few that are occasionally let in – are systematically accosted by paid professional Islamic provocateurs, while the police stand aside. It goes without saying that the almost-five-decade-long ban on Jewish prayer on the Temple Mount outrageously remains in place; lest the Arabs get really too angry.

And of course, illegal Wakf excavations continue on the Temple Mount without Israeli archaeological supervision. We know that over the past decade the burrowing-out by the Wakf of the underground “Solomon’s Stables” has wantonly destroyed thousands of years of Jewish relics and history.

Jewish prayer should be facilitated in some symbolic way on the vast Temple Mount plaza. This can be effected either through a time-sharing arrangement similar to that in place at the Cave of Machpela in Hebron, or through a small synagogue tucked away on the fringes of the plaza that won’t overshadow the two large Moslem structures on the Mount. Wakf violence should be dealt with compellingly.

The bottom line is that to hold on to a united Jerusalem, Israel needs to act. It must extensively build homes to keep the city alive and young. It must wield a big baton against Arab insurgents and radicals. It must restore its full and active jurisdiction, and reassert Jewish national rights, in all parts of the city.

These initiatives will engender Palestinian (and American) resistance, but with both resoluteness and sensitivity Israel can succeed and overcome the opposition. Jerusalem is still a consensus issue in Israeli society and politics. The Netanyahu government would enjoy widespread public backing for action to shore-up Israel’s stake in the holy city.

Read my Sneak peek at Trump’s speech in Israel, published on Friday.