The speech that President Trump could and should deliver in Jerusalem next week: “America is going to take steps to nurture a culture of peace and push the parties towards realistic outcomes. We’re going to cleanse international discourse from hypocritical rot and illusory expectations. No more coddling of enemies and demeaning of friends.” 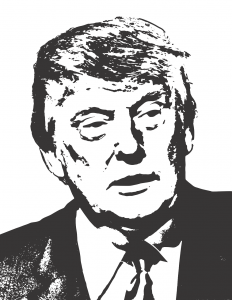 I’m thrilled to be standing here as President of the United States, next to the Shrine of the Book in the Land of the People of the Book, in the beautiful State of Israel. This is truly an exceptional country, and you should take immense pride in what you have achieved in such a short time.

I want to thank my brilliant friend Benjamin Netanyahu, Prime Minister of Israel, and his lovely wife Sarah, for their really wonderful friendship. You lead an amazing people who are driven by deep convictions, for whom nothing has ever come easy.

Each of us, Bibi, are warriors for the truth, for our families and for our countries. That’s what you and I have in common. We both have been victims of fake news and a broken system of government; of failed voices who think they know everything and want to tell everyone else how to live and how to think. But you and I, America and Israel under our leadership, defy expectations and offer a vision based on hard work, rock solid faith, big dreams and great ideas.

I have always admired the Jewish People, and Americans have long admired Israel’s ideals, stamina and sacrifices. I see some of that courage in my own family, in my very beautiful Jewish daughter Ivanka and her husband Jared, whom I love and trust very much. Will you please stand. Wow. They’re great and doing a great job. Thank you.

My friends: America and Israel share an unbreakable bond. And as President of the United States, I will never abandon Israel, unlike some of my predecessors. I will help you protect your borders, just as I am determined to protect America’s borders against terrorists and free-loaders. I stand ready to man the ramparts of Jerusalem with you, to help you reach security and peace.

You know, many people tell me that peace in this region is impossible. Does that sound familiar, by the way? But the more people tell you it’s not possible, that it can’t be done, the more you should be absolutely determined to prove them wrong. Treat the word “impossible” as nothing more than motivation. Relish the opportunity to be an outsider. Embrace that label — being an outsider is fine, embrace the label — because it’s the outsiders who change the world and who make a real and lasting difference.

So on this exceptional afternoon, I’m pleased to announce a series of initiatives that will jump-start a process towards Arab-Israeli peace. I’ve just come from Saudi Arabia where I re-established fantastic relations with America’s Arab partners after years of American disdain and neglect. Boy, are they glad that America is back as a strong and reliable actor on the world stage!

I told my great Arab friends that it’s finally time to partner with Israel, not to resist Israel, and they agreed. Today they need a strong Israel to help fight regional radicalism, just as America does. They need Israeli intelligence and they need Israeli enterprise. You’re great at both! Working together, Israel and Arab countries can secure the Middle East and jointly make a lot of money!

To help this along, America is going to take steps to nurture a culture of peace and push the parties towards realistic outcomes. We’re going to cleanse international discourse from hypocritical rot and illusory expectations. No more coddling of enemies and demeaning of friends.

This means an end – I mean an absolute end – to the immoral shenanigans of United Nations against Israel. I won’t tolerate outrageously biased resolutions at the UN against Israel.

Nobody is going to apologize for supporting the State of Israel! Not the British for the Balfour Declaration; not America for President’s Truman immediate recognition of Israel; and not Donald J. Trump for his solemn promise to guarantee Israel’s prosperity.

We’re going to engage in truth-telling. I believe that this will have huge impact on the strategic environment.

Our truth-telling starts with Iran. Teheran is the core threat in the Middle East, not part of the solution in the region. We’re going to prevent Iran from becoming a superpower in the region. We’re not going to let Iran turn Lebanon and Syria into a forward base of operations against Israel.

We also need to tell the truth about this land, as I stand here in Jerusalem several steps away from the shrine holding ancient Biblical scrolls that were dug out of caves in Judea; grounded proof of the Jewish People’s deep roots and indigenous rights in this land!

Even as we support national solutions for Israelis and Palestinians living side by side and together, I affirm Israel’s historic rights in Judea and Samaria. Jews belong in Judea for the long-term no less than Arabs belong in Arabia.

Even as we support national solutions for Israelis and Palestinians living side by side and together, I affirm Israel’s historic rights in Judea and Samaria. Jews belong in Judea for the long-term no less than Arabs belong in Arabia.

And one more very real and huge truth is that Jews belong in Jerusalem, and that Jerusalem must never again be divided.  America recognizes Jerusalem as the historic capital city of the Jewish People and as the diplomatic capitol of the State of Israel. (Wild applause). Yes, thank you, this is indeed a historic day.

In his work here as Ambassador of America to Israel, my trusted lieutenant and loyal friend of many years, David Friedman, will give expression to this reality.

One more thing: Babies born to US citizens in the great hospitals of Jerusalem will henceforth be recognized on their passports as being born in Israel. Wow, that’s long overdue! Thank you.

For decades, the world has lectured Israel about its need to accept painful compromises for peace. President Obama and Secretary Kerry were experts at this, frequently spelling out in sanctimonious detail what sacrifices for peace Israel must bear. It is of course true that peace requires compromise, and Prime Minister Netanyahu knows that – don’t you, Bibi?

But telling the truth also means articulating what painful, practical compromise means for the Palestinians.

I say this: The only Palestinian national authority that the US can support is a mature and peaceful one. This means that it must be truly demilitarized, cannot form hostile foreign alliances, will dismantle the Hamas army and hand over its weaponry, and accept permanent Israeli control of the Jordan Valley to prevent the emergence of another radical Islamic bastion on the eastern border of Israel and the western border of the Kingdom of Jordan.

Israeli-Palestinian peace – true peace – also will require the sharing of land, airspace, natural resources, and historical and religious sites – including the Temple Mount. All faiths should have the right to pray on the Temple Mount.

This is what I believe, and I believe that with God’s help and with brave leaders in the region we can get an agreement. I will do my best to advance regional peace, I promise you that.