Foreign critics have already begun to crank-out a nasty and false story for the fiftieth anniversary of the “occupation” – that “Israel’s soul has been corrupted.” In response, Israel must assert loudly and clearly that its soul is just fine. Its temperament remains enlightened. Its gut instincts are healthy and humane. Its democratic institutions are ferociously robust. Its return to Judea and Samaria (the West Bank) is legitimate, not immoral. Its security control of the “Greater Israel” envelope is a source of regional stability, not conflict. The absence of peace and mutual recognition stems from Palestinian rejectionism, not a lack of Israeli imagination. 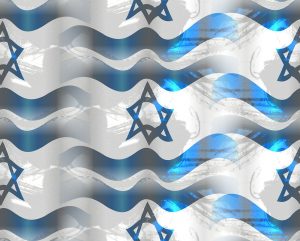 Yom Yerushalayim is still six weeks off, but foreign critics already have launched their attack.

In their view, there is no miraculous Six Day War victory to extol; no grand return to the Jewish heartland of Judea and Samaria to toast; no historic reunification of Jerusalem to celebrate; no liberation and redemption to commemorate; no flowering of religious culture and national creativity to admire; no jubilee to enjoy.

Not at all. Instead, there is only an entrenched “occupation” of the West Bank to bemoan. Palestinian self-determination is being stifled, and this casts a pall over all.

Worse still, in their view, is that “Israel’s soul has been corrupted,” ostensibly, by the occupation.

The British Guardian got the ball rolling on this sullying narrative last week by giving full play to the nasty remarks of former GSS chiefs Ami Ayalon and Carmi Gillon at a Jerusalem event in support of Breaking the Silence and Babur Gallery.

Gillon painted a bleak picture of Israel’s political trajectory, saying that the country was being “driven by the occupation towards disaster”. He added: “This country was established on the values of liberal democracy; values we don’t fulfill any more. You can analyze what happened to us in the last 50 years, but everything is under the shade of occupation. It has changed us a society. It has made us an unpleasant society.”

Ayalon dove even deeper into calumny by alleging that Israel is being overtaken by a process of “incremental tyranny.” He cited recent moves by ministers in the Netanyahu government to change the laws to hit groups such as Breaking the Silence by banning them from events in schools and targeting their funding, while also “taking aim” at the country’s supreme court and independence of the media.

In short, all liberal, progressive, democratic, good and holy values are being crushed by the shadow of occupation. Yada, yada, yada.

This is a very dangerous and delegitimizing storyline. The Guardian, of course, ate it up.

By perpetuating myths about the illegality and immorality of Israel’s presence in Judea and Samaria; by exaggerating the impact of Israel’s military rule in the territories and minimizing the evils of Palestinian kleptocracy and intransigence; and by insinuating a non-existent trend towards dictatorship in Israeli society and politics – these critics threaten to smear Israel permanently with the stink of a decaying carcass.

This cannot be tolerated. Such defamation cannot be brooked. Israeli and Jewish leaders worldwide must push back hard against such slander, beginning now. Otherwise, every newspaper around the globe is going to echo the same malevolent messages in their coverage of the June jubilee.

Israel must assert loudly and clearly that its return to Judea and Samaria (the West Bank) is legitimate, not immoral. Its security control of the “Greater Israel” envelope is a source of regional stability, not conflict. The absence of peace and mutual recognition stems from Palestinian rejectionism, not a lack of Israeli imagination.

AS FOR “CORRUPTION,” ask yourselves the following:

Does the “occupation” corrupt, or do Israeli withdrawals corrupt and destroy more?

What has led to more suffering, death and destruction for both Palestinians and Israelis: Israel’s settling of Judea, Samaria and Gaza; or Israeli withdrawals from parts of the West Bank and all of Gaza leading to the emergence of Palestinian terrorist enclaves and establishment of a corrupt Palestinian Authority and a dictatorial Hamastan?

So should Israel draw more borders and build more fences so that the Palestinians can dig under them, shoot over them, and oppress their own people; or should Israel assert new models of coexistence for a better future? And, should the international community continue to invest tens of billions of dollars in shady and authoritarian Palestinian regimes?

After all, this old guard once erroneously sold the Israeli public on Yasser Arafat as a peace partner; then it incautiously sold Israelis on the Gaza withdrawal as a path to peace; and now, incredulously, it is hawking unilateral Israeli withdrawals as necessary for this country’s “soul” and “moral fiber.”

They were and are wrong on all three counts. Thus their depredations about Israeli democracy shouldn’t be accorded too much credence, either.

It’s true that the balance of power in Israel has shifted from the liberal to the conservative side of the political map, and in societal terms from the secular to the traditional. But a conservative tilt doesn’t “tyranny” make.

So to all those foreign correspondents getting ready to write their reports for the fiftieth anniversary of the Six Day War, I say this:

First: Please note that Israel’s soul is just fine. Its temperament remains enlightened. Its gut instincts are healthy and humane. Its democratic institutions are ferociously robust.

Second: The “occupation” isn’t poisoning Israel’s future. The lingering conflict with Palestinians is unfortunate and carries a cost, but it is not largely Israel’s fault nor is it a burden that is crushing the country. The conflict doesn’t define Israel. It shouldn’t be dominant prism through which Israel is viewed or judged.

Third: The whole region doesn’t revolve around Palestinians and their grievances, so go easy on the “fifty years of occupation” melodrama. If you’re going to write about this milestone, you might want to comment on fifty years of grievous Palestinian errors in nation-building and the many opportunities for peace spurned by Palestinian leadership.

Fourth: Have some respect for Israel’s achievements, its perseverance, and its reading of the strategic situation. With some patience – perhaps for another 50 years – things will work out just fine. Israel will grow stronger, the Arabs will mature and moderate and new possibilities for accommodation will emerge.