An earlier version was published in Israel Hayom on March 9, 2017 under the title “Kerry’s knee-capping of Israel.” 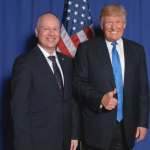 As they set out in search of a grand Israeli-Arab peace deal, Trump administration negotiators should heed Mike Herzog’s insider expose of distortions and duplicities during the peace process led by US Secretary of State John Kerry in 2013-2014.

I’m referring to a blockbuster essay published in The American Interest late last month by Brig. Gen. (res.) Michael Herzog. Herzog blows many myths to smithereens, and reveals both the artifice of PA leader Mahmoud Abbas and the chicanery of John Kerry. And he hints at an alternative “regional route” to peacemaking, just as Prime Minister Netanyahu is now suggesting.

Herzog is a veteran Israeli peace processer, having participated in most of Israel’s negotiations with the Palestinians, Syrians and Jordanians since 1993. He processed peace, or tried to, for Prime Ministers Rabin, Barak, Olmert and Netanyahu, and worked closely with Tzipi Livni too. He was part of the Wye, Camp David, Taba, Annapolis and Kerry rounds of negotiation. He is also the brother of Zionist Union leader and Labor Party chairman Yitzhak Herzog.

So Herzog is not a right-wing ideologue. When his account thoroughly undermines the global “consensus” regarding the diplomatic process – a consensus unfavorable to Israel – this should be noted.

Herzog tries to be politically correct – apportioning some blame on all sides for the failure of the effort, crediting Kerry for his commitment, and adhering to doctrine about two states being the only true solution in the long term. Nevertheless, he bulldozes a ton of stale assumptions and false conclusions.

Firstly, Herzog tells us that the obstructionist image that Prime Minister Netanyahu seems to have among world leaders is woefully unjustified. Herzog says that Netanyahu was extraordinarily serious about negotiating peace with the Palestinian Authority, and he made significant concessions in the process; so much so, that he still dares not admit the details to the Israeli public and to his current coalition partners.

It is clear from Herzog’s telling (and from previous pieces, such as the 2014 New Republic expose by Ben Birnbaum and Amir Tibon) that, for lasting peace, Netanyahu was ready to withdraw from vast tracts of Judea and Samaria to facilitate Palestinian statehood, venturing “well outside his natural comfort zone.”

Secondly, Herzog makes it clear that Abbas didn’t really want an agreement of any sort, period. He was in the process to cry on the shoulders of President Obama and Kerry about Palestinian rights; to pocket concessions from Israel without being willing himself to compromise on any concrete issue or sign on any dotted lines; and to ensure failure of the talks with blame heaped on Israel, and thus justify breaking previous Palestinian commitments.

Abbas pretended to negotiate before “losing interest”; used Hamas to doom the talks; and ran to international institutions to criminalize Israel, with failed talks as his excuse. Herzog feels that Abbas still expects the international community to “deliver” Israeli withdrawals on a silver platter, without tying the hands of a Palestinian state to any concrete end-game commitments.

Thirdly, Herzog makes it clear that it is simply not true – not even remotely true! – that the parameters for a settlement between Israel and Palestinians are “well-known,” “clear,” “obvious,” and “within easy reach” if only brave leaders step forward. “Unlike some simplistic notions out there,” writes Herzog, and despite 20 years of Oslo-era peace processing, “the gaps are significant and widened by the weight of history, religion, emotions, and domestic politics.”

Fourthly, the most interesting and disturbing of Herzog’s revelations relate to the disastrous negotiating dynamics dictated by John Kerry.

To begin with, Kerry drove the notion that there was a constant need to reward Abbas for coming to, and staying at, the negotiating table. This fed Palestinian appetites, and allowed Abbas to continually blackmail the US and Israel for concessions and sweeteners (like the release of Palestinian terrorists from Israel jails).

Then when the talks reached a stalemate, Kerry’s approach was again to reward the Palestinians for their obduracy (by moving American goalposts on the issues and begging Abbas to stay engaged), and to punish Israel for its flexibility (by pressuring Netanyahu for more sweeteners and concrete concessions).

In fact, according to Herzog, Israel began to realize that Kerry was negotiating mainly with and against Israel, while conducting substantially no such parallel process with Abbas. When the crunch came and it was finally time to prod Abbas into accepting a proposed US framework for continuing the talks, “it was too little too late. Abu Mazen has shut down… no longer interested or invested in the process.”

In other words, the gullible Kerry “discovered” only at the end of the process that Abbas had been stringing him along with no intention of budging.

(Herzog also charges Kerry with near-messianic hubris, bull-in-a-china-shop behavior, mismanagement, and deliberate misrepresentation of Israeli positions; all fodder for future analysis. And in my view, Herzog relates to Kerry too softly).

Fifth, up against Abbas in “shutdown mode,” Obama and Kerry offered-up significant concessions to Abbas in a desperate attempt to re-engage him. This involved “new ideas and formulations that departed from traditional official US positions and tilted towards Abbas’ positions (including an explicit confirmation of a Palestinian capital in Jerusalem and equivalent land swaps) – positions that were never shared with Israel.”

What happened next? Abbas walked away without acceding to America’s entreaties, knowing full well that Obama would never blame him for failure of the process, and knowing that America’s new positions were essentially in his pocket.

And then sure enough, Kerry enunciated these moves away from Israel as official Obama administration policy, when he harangued Israel (and not the Palestinians) in an overwrought 70-minute sermon at the State Department in December.

Sixth and perhaps most importantly, Herzog lays bare American unfairness to Israel on the settlement issue. When he testified before Congress, Kerry publicly blamed Israeli housing starts in the territories for the failure of his negotiating effort. I worked so hard to bring peace, he wailed, and then “poof!” – the whole entire effort went up in smoke because of Netanyahu’s damn settlements.

Contrary to Kerry’s casuistic narrative, Herzog makes it clear that Netanyahu never promised to freeze settlement construction for the duration of the talks. The opposite is true: Israel had fully informed Kerry it would announce construction of up to 1,500 housing units beyond the Green Line to coincide with every phase of terrorist releases. This was the price of getting the very-controversial and dangerous prisoner releases through the Israeli cabinet.

In other words, having inappropriately promised to Abbas the release of Palestinian (and Israeli Arab!) terrorists held in Israeli jails, and then foisted these releases upon Israel, Kerry knew that some construction in settlement blocs adjacent to the 1967 line would follow. Abbas knew this too, and they both went along with this.

Herzog notes that the construction announced was in areas that even Palestinian maps in previous negotiations indicated would remain part of Israel. And I note that, for better or worse, the Netanyahu governments since 2014 haven’t actually built most of those promised homes.

In any case, settlements certainly were not the main reason behind the failure of the talks. And yet, Kerry’s egregious “poof” remark pinned the failure on settlement activity, vindictively and dishonestly so. This American sin against Israel has skewed the global diplomatic narrative ever since.

In the end, Herzog’s essay is more than an impeachment of Obama and Kerry. It is an indictment of the overall Oslo paradigm (even though Herzog won’t say this himself).

His essay makes it obvious that the Palestinian Authority under Abbas has not proven to be a “willing or capable” peace partner; that, alas, it isn’t truly seeking an end of conflict and all outstanding claims; and that it’s bottom-line seems nowhere near that of even the most flexible Israeli government.

Therefore, it is time for a new approach in dealing with the conflict. “The sea changes in relations between major Arab states and Israel,” concludes Herzog, allow for emergence of a solution strategy “in a broader regional context.”