Published in The Jerusalem Post and Israel Hayom, March 10, 2017.

Never before had an Orthodox Jew been so close to the seat of power through family connections… Mordechai brought some order into palace decision-making, limited the King’s drinking and texting, and overall helped Achashverosh become a great King.

Note: All characters appearing in this column are Biblical. Any resemblance to 21st century persons is purely coincidental. 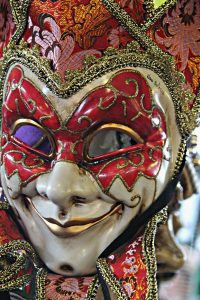 About 2,500 years ago, the leadership of the strongest country in the world (Persia) passed to a usurper, Achashverosh. This wealthy man was a complete outsider to the political establishment of the time. He owed no allegiance whatsoever to traditional party power brokers, political operators, unionists, lobbyists and the like. No-one had thought he could ascend to the throne.

Historical sources differ as to the character of this outlander. Some describe him as a droll with no discipline, while others view his wild disruptions as cunningly strategic.

By all accounts Achashverosh had an enormous ego. He built huge towers around the (not so) civilized world with his name emblazoned in gold letters. Huge! He said it was to make Persia great again.

Achashverosh was known to have married several times and generally to the most beautiful of women. But he summarily disposed of his queen in a move that clearly violated accepted etiquette and would never have passed any reasonable constitutional test.

He had a council of sage ministerial advisors who could give professional advice, and many experienced governors and law-abiding civil servants across the empire, too. Alas, court intrigue, jealousies and impulsive outbursts seemed to override proper decision-making even in the weightiest matters, especially on weekends.

There is no evidence that Achashverosh was infected with the disease of anti-Semitism. On the contrary. He vigorously denied being an anti-Semite; hired many Jews to handle his finances; and invited many more to attend his inaugural balls and great feasts. But he clearly benefited from the political support of some dark elements.

At the time, the Jews in Persia were on the upswing. Overcoming and forgetting the destruction of their (first) commonwealth in Israel – a tiny state far to the west of Persia – they grew well-connected and comfortable, ensconced in the upper echelons of society. Soon enough, the throes of massive assimilation set in. The intermarriage rate topped 70%. Orthodox Jews, a minority, were dismissed by most of the community as out-of-sync with progress and enlightenment.

A small band of Zionists had set-out to re-establish a political entity in a portion of the Land of Israel, with the encouragement and support of an earlier emperor, Cyrus I. But they were not able to establish complete sovereignty over the entire Land of Israel or even over the city of Jerusalem. Most of their Jewish brethren across the Persian Empire were uninterested in returning to Israel, and mainly disconnected from the pioneering effort of the Zionists.

In this interregnum of Jewish exile from Israel, various peoples, mainly nomadic tribes – Aggagites, Amalekites and others claiming to be Philistines – had occupied much of the Jewish homeland. These rabble-rousers were not very successful in developing the land on their own, but now were quite effective in appealing to international courts and major powers against the returning Jews.

Chief among these elements was a man named Haman, who reportedly had pointy and very big ears. Haman had risen to a position of leadership in Persia through appeals to the innate xenophobia of the population. He managed to manipulate the King into signing a decree extremely inimical to the struggling Jewish settlements in Israel, which he called “unsustainable,” “illegal” and “an obstacle to peace.” He particularly objected to Jewish worship on the Temple Mount, and halted the rebuilding of a Jewish Temple.

Haman proceeded to threaten Jews across the empire with annihilation. At first, Persian Jews thought this to be fake news. But when a formal date was set for state-sponsored pogroms, the situation grew grim.

AND THEN THE TABLES turned almost overnight – miraculously! Apparently the gatecrasher Achashverosh had married into an Orthodox Jewish family, and became convinced that he should aid the Jews.

However, the evil decree orchestrated by the abominable viceroy could not be undone simply. Snapback wasn’t an option. Moreover, the Aggagites already had received more than 100 billion silver rials from the treasury of Achashverosh.

So following the advice of one of his Jewish in-laws, a man named Mordechai who refused to bow before the alt-right and the alt-left, the king empowered Jews everywhere to take up arms in self-defense.

Jewish gendarmes managed to neutralize 800 of Haman’s revolutionary guard corps in the Persian capitol, Shushan. But the Aggagites and Amalekites in Zion sallied forth to terrorize the Jews in the nascent second Jewish commonwealth. Miraculously, they were roundly defeated, losing some 75,000 fighters on the battlefield, while the Jews suffered minimal casualties.

The historical record is unclear as to the precise family relationship between Mordechai and Achashverosh, but they were definitely in-laws and they cared for the same woman.

Mordechai was appointed as a chief advisor and negotiator in the king’s inner circle, in part because he had been instrumental in saving the king’s political life. He literally thwarted the designs of elements engaged in a vitriolic, indeed poisonous, campaign against the king.

Mordechai bought a home within Shabbat walking distance of a shul in Shushan, and even had kosher food brought into the palace. He was believed to have the king’s complete confidence, and was given responsibility for the “Zion file.”

Orthodox Jews such as Joseph in Egypt and Daniel in Babylonia had previously achieved high positions of political influence, so this was not unprecedented. Never before, however, had an Orthodox Jew been so close to the seat of power through family connections.

Many Jews thought that, with one of their own in the royal palace, their dreams would be realized imminently, including the reestablishment of Jewish state sovereignty over the entire Land of Israel and the rebuilding of the Temple in Jerusalem.

Alas, this was not immediately to be. Internal as well as international political considerations restricted Jewish gains to “half the kingdom.” More complete realization of Jewish dreams would have to wait for the reign of Cyrus II, who was probably a (Jewish) descendent of Achashverosh.

Meanwhile, Mordechai imposed new taxes on behalf of the King, and bolstered its military. He brought some order into palace decision-making, limited the King’s drinking and texting, and overall helped Achashverosh become a great King.

Quietly, he also sought to bolster the Jewish settlers in Zion, allowing them to expand their pioneering presence in Jerusalem and Judea (and E-1). Within a few hundred years the fledgling Israeli state became the seat of the men of Great Assembly; the great sages who renewed the face of Judaism and Jewish Peoplehood forever.

All characters appearing in this column are Biblical. Any resemblance to 21st century persons is purely coincidental.