Deep-think, for a change

Published in The Jerusalem Post and Israel Hayom, February 24, 2017.

A roundup of recent deep-think articles on reforming American politics and rebuilding American power, confronting Islamism and checking resurgent China, and tapping into Biblical teachings as the source for a renewed Western freedom agenda. 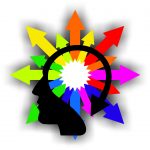 Every once in a while it’s useful to take a step back from the breakneck-speed flow of daily news, and instead read long-form essays which reflect on more substantial ideas.

As a service to readers of this column, I offer a roundup of recent deep-think articles on reforming American politics and rebuilding American power, confronting Islamism and checking resurgent China, and tapping into Biblical teachings as the source for a renewed Western freedom agenda.

* On political integrity: Bret Stephens of The Wall Street Journal reflects on truth and falsity in the age of Donald Trump, in the Daniel Pearl Memorial Lecture he delivered earlier this month (and published by TIME).

Stephens fears for the fabric of American political discourse. Some types of presidential lies no longer matter, he says; the lines between political culture and celebrity culture have become hopelessly blurred; and mistruths are spread so often that outrage has fallen victim to its own ubiquity. American politics have become a spectator sport with an emphasis on excitement and entertainment.

Quoting Daniel Patrick Moynihan, the great scholar and Democratic Senator from New York, Stephens notes that already in the Clinton years, America began “defining deviancy down,” meaning that behavior which used to be outrageous and abnormal increasingly became acceptable.

Stephens is particularly upset by what he sees as a tendency to rationalize President Trump’s often incoherent statements and early policies. Trump will give a speech or proclaim an approach that amounts to little more than a word jumble. But a class of pundits – ‘TrumpXplainers’ is what Stephens calls them – will jump forward to explain what Trump had allegedly meant to say. “They became our political semioticians, ascribing pattern and meaning to the rune-stones of Trump’s mind.”

Stephens calls for a renewed epistemology that can distinguish between truth and falsity, facts and opinions, evidence and wishes.

Having planned to withdraw American power around the world and deliver the US into a new and pacified world of global interdependence, Obama instead inflamed and compounded the worst threat the US faced when he came into office: Islamic terrorism. “Even as his vision of a better world lost out to the reality of a much more treacherous one, Obama refused to change course.”

Greenwald accuses Obama of empowering the “anti-freedom triumvirate” – the Russian-Iranian-Syrian alliance – which not only collaborated to kill nearly half a million people; it has deliberately kept ISIS in play in order to use it as a foil for its own depredations. The deal that emboldened Iran, he says, “is little more than a fog of shifting claims, hidden payments, secret side deals, and an endless public-relations campaign.”

Greenwald concludes that “the US will reclaim its national purpose when the continued threat of Islamic terrorism becomes too great for another American president to ignore. And when that moment comes to pass, the American people, enervated as they now seem, will shake off their doubts and divisions. They will recover their pride and affinity for the only country that, again and again, has proved capable of standing between liberty and bondage in all its forms.”

* On confronting Islamism: Writing in the British conservative journal Standpoint, former British Secretary of State for both education and justice Michael Gove lays out a bold plan to counter the spread of “Islamism” in the West. He wants to build “an alliance of thinkers and activists against Islamism and its apologists to overcome the ideas behind the global terror threat.”

Gove initiated inquiries into the dangers of Islamist extremism in British schools and jails, and then acted to expose the anti-women, anti-gay, anti-liberal prejudices at the heart of Islamism and to mobilize Whitehall to develop policies which cut the ground from underneath Islamist organizations. Alongside Theresa May as Home Secretary, he barred and removed dozens of hate preachers and Islamist ideologues, blocked their funding, and then established civil service guidelines to counter extremist inroads.

“It is the thought-world of the Islamists which provides a spur to, and justification for, subversion and violence. Counter those Islamist thoughts, argue for democratic values, oppose those organizing to spread Islamist ideology, celebrate those committed to making a success of liberal society, and you can draw the poison from the well, not just halting the drift to violence but enhancing the cohesion of our society,” Gove writes defiantly.

“There is a space that confident and assertive liberals must occupy — or we face a century ahead of freedom in retreat and civilization in eclipse.”

* On China’s great leap backwards: For the past 40 years, Western leaders have advanced ever greater engagement with China, and steady encouragement of its modernization and growth, on the theory that a getting-richer China is better for all concerned than a staying-poor one; that a prosperous China would become easier rather than harder to deal with.

But James Fallows argues in The Atlantic that this assumption no longer holds. China is going bad, he says, even as it flourishes. The political climate is darkening. “China is experiencing the most sustained domestic political crackdown since Tiananmen Square. It is a country that is cracking down, closing up, and lashing out in ways different from its course in the previous 30-plus years.”

Fallows describes an extraordinary onslaught underway in China against the local and global media; worsening repression of civil society; an almost insane wave of anti-foreignism; an assertive campaign of Chinese “extraterritoriality” – an attempt to export repression beyond China’s borders; and aggressive military adventurism in the South and East China Seas and beyond. “The Chinese combination of being arrogant abroad and paranoid at home is about the least desirable combination of all, from the rest of the world’s perspective.”

Fallows argues that America and its allies must make it unattractive for China to maintain its present course, through use of formidable Western tools against cyber-meddling, through impediments to Chinese investments, through shifts in visa policies for influential Chinese families and officials, and so on. President Trump, take note.

* On nationalism and Western freedom: Writing in Mosaic Magazine, Yoram Hazony (president of the Herzl Institute in Jerusalem) seeks a recipe to stave off “the rapid disintegration of Western nations, caught as they are between the hammer of an aggressive and increasingly intolerant liberalism, and the anvil of a colonizing Islam confident of its sacred mission.”

Hazony calls for an alliance of Old Testament-conscious Protestants and nationalist Catholics and Jews who will restore the Judeo-Christian heritage of the West as the basis for a new era. He envisions a new political order based on the foundational principles of legitimate government and national self-determination as drawn from the Protestant political tradition and Hebrew Scripture.

“The moral minimum of the Ten Commandments and the biblical ideal of national freedom are designed to reinforce one another. In the eyes of the prophets of Israel, a nation whose rulers will protect their people and pursue their well-being is capable of an extraordinary degree of internal loyalty, pride, and cohesiveness in the face of hardship. Internal brotherhood and justice, the prophets believed, is the necessary prerequisite for national longevity and for the capacity to resist foreign encroachment.”

“As far as we can see, the retreat of Protestantism and of public reverence for Hebrew Scripture has lead within a few decades to the progressive weakening and then abandonment of one Biblical political principle after another: the national state, the family, the sabbath, public acknowledgment of God’s sovereignty, tolerance for dissenting religion, tolerance for dissenting speech.”

Hazony acknowledges that biblical ideas have long been discredited by liberal political elites. “But in an age of dissolution, those wishing to avert catastrophe must return to the sources of the nation’s original strength.”