Israel’s rising and rousing wine industry is a grand strategic asset! This week, one of the world’s top wine journals, Wine Spectator, devoted its cover story to Israeli wines with the headline “Surprising quality from an emerging region.” And the world’s most influential wine critic, Robert Parker, similarly just ranked a few Israeli wines as world class. Here are some of their picks, and mine. 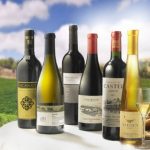 The long Israeli summer wound down to an end this week – without any wars, thank God. Kids went back to school without any teacher union strikes. The stock market is up, and unemployment at record lows. The borders are holding stable.

The government seems solid too, and it is about to be bolstered by the addition of Isaac “Bougie” Herzog as foreign minister along with 6-10 Labor Party MKs.

In fact, the country heads toward Rosh Hashana 5777 in a strategically-improved situation, with new alliances in place in the eastern Mediterranean, the Gulf, and Africa, and upturn in Israel’s ties with America and Russia.

Iran is still out there as an imposing threat, and the pertinacious Palestinians are less ready than ever for real compromise with Israel. But Israel is managing these menaces, with confrontation seemingly a ways off.

So this is a good moment to reflect on our blessings, and swallow some good news. Specifically, it’s time to imbibe many liters of fine Israeli wine over the coming High Holidays. The Land of Israel is bursting with oenological bounty, giving forth magnificent fruit to its indigenous people after 2,000 years of desolation and neglect.

There are excellent wines being vinified in Israel, to international acclaim. In fact, one of the world’s top wine journals, Wine Spectator, this week devoted its cover story to Israeli wines with the headline “Surprising quality from an emerging region.” And the world’s most influential wine critic, Robert Parker, similarly just ranked a few Israeli wines as world class.

Here are some of their picks, and mine:

Montefiore winery Petite Sirah. The 2012 vintage of this dark and chewy wine won awards from Decanter and Eshkol HaZahav. Robert Parker just awarded the 2013 vintage with a sterling 91 score, and wrote that “Montefiore is generating most excitement in my book. They just get better and better.” This young boutique Jerusalem-based winery is run by heirs to the Sir Moses Montefiore family name, including Rachel, David and Adam Montefiore. (Jerusalem Post readers will recognize Adam from his Wine Talk column).

Flam winery Noble. Golan, Gilad and Gefen Flam, and their father Yisrael (who is one of the revered figures in Israeli winemaking, having led Carmel winery for years) founded a classic European family estate winery near Shaar Hagai in the Jerusalem foothills.

The seven Flam wines are all outstanding, beginning with the entry-level Classico– an fine expression of Israeli terroir, and a good place to start to discover the special character of Israeli wine. Wine Spectator scores the 2013 vintage at 90.

I recently was treated to a private flight tasting of Flam’s 2011 and 2012 “Noble” flagship wines, accompanied by a gourmet dinner. And what can I say? Bravo!

The 2012 Noble is a blend of Cabernet (76%), Syrah, Merlot and Petit Verdot (11% each) with grapes sourced in the famous Ben Zimra vineyards. The Syrah is new to the blend for 2012, and Golan also decided to oak the wine less (20 months in lightly-toasted barrels) in order to maintain the concentrated black fruit flavors and tart nose.

The wine will be released in November this year. If you’re lucky enough to order one of the 7,000 bottles before they sell out, cellar it for at least half a dozen years before drinking.

The 2013 Betty’s Cuvee is a superb full-bodied and concentrated Bordeaux blend with berry-chocolate flavors. The 2014 Chardonnay is an incredible buttery-smooth wine. But there are only about 5,000 bottles of each wine on the market, so act fast.

Shiloh winery Secret Reserve. Amichai Luria’s wines are best-sellers in the kosher world. Despite its high alcohol (15%) and mevushal status, Mark Squires of Robert Parker’s empire scored the 2012 Secret Reserve Cabernet at 91. “A very controlled, surprisingly elegant, and structured wine, with intensity on the finish.” Shiloh’s Mosaic 2012 blend and Shor Cab Franc 2013 were both awarded 90 points by Wine Spectator.

Tura winery Mountain Peak. Vered and Erez Ben-Saadon’s winery in Rehelim, near Nablus, is a highlight of any tour in Samaria. It has earned many enthusiastic fans in the kosher wine world. Robert Parker just awarded scores of 89 each to their Mountain Peak blend and Cabernet wines. Vered was also a driving force behind publication of the new Comprehensive Guide to Israeli Wines 2016, edited by Sagi Cooper, Haim Gan (“The Grape Man”) and Yair Kornblum Koren (www.thewines.co.il).

Teperberg winery Impression. Shiki Rauchberger has taken the oldest family winery in the country (founded in 1870!) into the modern era, producing over five million bottles a year. Everybody in the industry knows and loves Shiki, for his wine wisdom and collegiality. His quality “Impression” series 2014 Chardonnay and 2014 Cabernet were awarded 90 points by Wine Spectator. I love Teperberg’s “Inspire” series Meritage blend too.

Binyamina winery Chosen. Named for the precious stones (avnei hachoshen) in the High Priest’s magical breastplate, the high-end “Chosen” wine series is a winner, even though none of its wines were scored in recent international publications. I love the Cabernet (called Tarshish-Aquamarine) and Bordeaux blend (Yahalom-Diamond). They are beautifully boxed wines, with the 2012 vintage available now at good prices.

Matar winery Cumulus. Matar is the new kosher label from Tal Pelter’s winery on Kibbutz Ein Zivan in the northern Golan Heights, and it is a wonderful addition to the kosher wine world. Wine Spectator just scored Matar’s 2013 Cumulus blend of Cabernet, Merlot, Cabernet Franc and Petit Verdot at 90 and its 2014 Chardonnay at 91. The kosher part of the winery was hit by an errant Syrian shell last year, but that hasn’t stop production.

Castel winery Grand Vin. Eli Ben-Zaken’s wines consistently hit the top of international charts, and this year is no exception. His 2013 Grand Vin blend (Wine Spectator: 91) is “a firm and elegant red, with flavors and dried berry and cherry, accented by notes of savory herb.” The winery’s second-tier offering, the Petit Castel blend, is delicious too.

I view Israel’s rising and rousing wine industry as a grand strategic asset!