Give me my Sunday (on Thursday)!

Published in The Jerusalem Post and Israel Hayom, July 15, 2016.

Kachlon and Bennett need to show leadership in pushing long-weekend legislation in Israel. 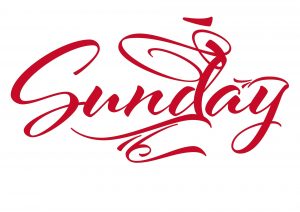 The attempt to make Sunday a vacation day in Israel has a pedigree that goes back 20 years. A new initiative for a few Sunday vacation days a year is currently being debated. I want to see this effort succeed, but I’m pumping for Thursday off, not Sunday.

When Natan Sharansky first entered politics in 1996 and became Minister of Industry and Trade he launched a Sunday vacation day initiative, as did Interior Minister Silvan Shalom many years later. But vested industry and labor interests, along with officials of the finance ministry, colluded to kill these efforts. As Economics Minister in the previous government, Naftali Bennett kicked the idea around a bit too, to no avail.

Each of these leaders understood that we have to do something to create more leisure time in this country! The fact is that many Israelis work at multiple jobs to make ends meet; and Israelis work more hours than people do in most other OECD countries. (The average Israeli works 1,853 hours per year, compared with an OECD average of 1,770). It’s time to ease up a bit.

Fortunately, we have Shabbat, which indeed carves out a serene, spiritual and intellectual rest space for those smart enough to embrace it.

But for the Sabbath-observant public, Shabbat doesn’t allow for sports, travel, and entertainment – which are important components of leisure time in the modern world. And even for the non-Orthodox public, Saturdays are just not enough. This intense country needs more time to chill-out.

Four years ago in these pages, I floated the “Once-a-Month-Long-Weekend” idea as the perfect construct for a revolution in Israeli civic holidays. In lieu of Sundays, I argued, we should mandate one long weekend each month by taking a Thursday off. This would be similar to the US and Canada, where they take Mondays off once a month.

FORMER TOURISM Minister Stas Misezhnikov was on to this when he proposed to the Ministerial Committee for Legislation in 2012 that Independence Day always be celebrated on a Thursday, instead of falling on a different day of the week each year.

He sought to create a four-day Yom Hazikaron and Yom Haatzmaut weekend, Wednesday through Saturday – which is the way it worked out so wonderfully this year!

After all, we already monkey with the dates of Remembrance and Independence Days by moving them forward to avoid Shabbat violations (from Sunday-Monday to Monday-Tuesday)! So why not go one step further? Why not mark them every year on a Wednesday and Thursday?

Similarly, I suggested that we should mark all modern commemorations as civic holidays on a Thursday. Take, for example, Yom Yerushalayim (Jerusalem Liberation Day). At present, it’s not a mandatory civic holiday, and as a result nobody pays any attention to it except for Religious Zionist school kids and Hesder yeshiva boys.

But were Yom Yerushalayim to be celebrated as a set civic holiday on Thursday at the opening of a long weekend, I bet that far more Israelis would take the opportunity to visit Jerusalem and celebrate its beauty and history.

At least seven months of the Hebrew calendar year – Cheshvan, Kislev, Tevet, Shvat, Adar, Tammuz and Av – could use the addition of a long civic weekend. In fact, Thursday through Saturday weekends could be timed to mark minor and mostly-ignored Jewish holidays such as Chanuka, Tu BeShvat, and Purim.

(Tishrei already has Rosh Hashana, Yom Kippur and Succot, Nissan has Pesach, and Sivan has Shavuot – so no additional holidays are necessary in these months).

This proposal involves only a mild cost to the Israeli economy. The addition of one such vacation day per month several times a year amounts to about 15 extra minutes of work per day per employee. Israelis can work that additional quarter hour easily, and will be a happier people in the process.

IN THE CURRENT KNESSET, MKs Eli Cohen (Kulanu) and David Amsalem (Likud) have picked-up on my “Once-a-Month-Long-Weekend” construct; or shall we say, they have adopted a “Once-Every-Several-Months” concept. Their middle-ground bill calls for Sundays off four-to-six times a year for a three-year trial run. Like Silvan Shalom’s proposal in 2014, the free Sundays would be coordinated with the school schedule, so parents and kids would be off at the same time.

Cohen claims that the move will bring economic benefits; not only do social good. “It will increase tourism and shopping, and sync days of trade and business activities to global characteristics,” he argues.

Some economists disagree, fearing that the missing Sunday work hours won’t really be added to the remaining workdays (thus lowering productivity). Shraga Brosh, president of the Manufacturers Association, says that longer weekends will cost the economy about 8 billion shekels ($2 billion) – or 1% of output.

Economists also predict that low-wage earners will end-up being forced to work on Sundays, in order to keep tourist, leisure and shopping sites open. And Prof. Eugene Kandel, former head of the Prime Minister’s National Economic Council, points out that mechanisms will need to be found to pay for Sunday overtime hours in the service industries.

Despite these concerns, I still think that Israelis deserve long weekends. I am willing to bet that the extra time off will make Israelis more productive by being better rested and more content. I also still feel that Thursdays would be a better choice than Sundays. The Thursday-Friday long break leading into Shabbat would be more distinctively Jewish than the Christian-inspired day of rest on Sunday.

The Cohen-Amsalem bill was approved by the ministerial committee for legislation last Sunday, and it passed first reading in Knesset. Now the legislation now goes to an inter-ministerial committee to hammer out the details with employers. This is where many pieces of legislation die an elegant, quiet death. So real leadership is needed to move this forward. And it is not too late to re-focus the initiative on Thursday-Friday, instead of Sunday.

Unfortunately and as expected, teachers’ unions are opposed to the new scheme, because it necessitates deducting current school vacation days from the Passover and summer periods.

So it is up to now-Education Minister Bennett to ram this through, alongside Economic Minister Moshe Kachlon. Let’s see them show some grit.

After all, Bennett’s religious-based political party is in favor of “Sundays” off in principle, on the assumption that making a weekday into a civic holiday will encourage Sabbath observance over the long term. And Kachlon ain’t doing too well in bringing down the price of housing. At least let him steal us an itsy-bitty break from work.