Published in The Jerusalem Post and Israel Hayom, February 5, 2016.

Col. (res.) Dr. Eran Lerman’s agile mind is steering Israel towards new strategic thinking. He says that Israel is blessed with exciting new alliance possibilities in both the eastern Mediterranean and the Arab world; is on the cusp of expanding its strategic ties to Continental, Asian and Gulf powers, including Russia; and must have the wherewithal to withstand a long struggle with rejectionist and reactionary Palestinian leaders, since peace is a distant reality. 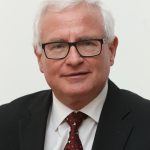 With the Mideast state structure is crumbling, Israel needs innovative strategic thinking about its diplomatic and defense policies.

How should Israel maneuver between America and Russia, or position itself between the competing Arab blocs? How does Israel maintain freedom of action, build alliances, and improve its qualitative edge?

There is a great deal of deliberation on these matters conducted behind closed doors in the national security establishment, to which the public is rarely exposed. It is only when key figures leave government service and begin to give fuller articulation of their views that a clear picture emerges.

The recent retirement from decades of government service by Col. (res.) Dr. Eran Lerman is just such an opportunity. One of the most respected intellectuals to emerge from IDF Military Intelligence’s research directorate, Lerman served for the past six years as deputy for foreign policy and international affairs at the National Security Council in the Prime Minister’s Office.

In this post, he was a key point person for diplomats, intelligence officials, academics and Jewish community leaders from around the world seeking elucidation of Israeli strategy and policy.

Since emerging from the shadows, Lerman has begun teaching at Shalem College and joined the Begin-Sadat Center for Strategic Studies as a senior research associate – where he has penned a series of far-reaching analyses from which a comprehensive perspective on Israel’s regional positioning and priorities becomes clear.

In Lerman’s thinking, Israel is blessed with exciting new alliance possibilities in both the eastern Mediterranean and the Arab world; is on the cusp of expanding its strategic ties to Continental, Asian and Gulf powers, including Russia; and must have the wherewithal to withstand a long struggle with rejectionist and reactionary Palestinian leaders, since peace is a distant reality.

Lerman believes that the flourishing new relationship between Israel and her two Hellenic neighbors in the eastern Mediterranean – Greece and Cyprus – is important on its own merits. But equally important, he says, is that the Israel-Greece-Cyprus alliance seeks to block Turkey’s ambitions of regional hegemony; while holding open a key place for Ankara in the new Mediterranean political order, if and when Turkey’s AKP leaders come to their senses.

To this end, Lerman initiated the convening of a major international conference on strategic challenges in the Eastern Mediterranean at the BESA Center (upcoming, Feb. 17-18). Participants will take a critical look at regional threats, and opportunities for regional cooperation, among key eastern Mediterranean countries and actors, including Cyprus, Egypt, Greece, Israel, Italy, and Turkey, as well as the EU, NATO and the US.

“The eastern Mediterranean is the border between civilizations” Lerman says. “It is a zone where many critical problems are coming to the fore, including the advance of radical Islam, refugee issues, energy politics, superpower competition, and Iranian expansionism. Israel can be the linchpin of a new coalition of countries that promote stability.”

Lerman also has exposed a bit of Israel’s maneuvering in the tumultuous Arab Mideast.  In an essay last month entitled “New Permutations in the Mideast Game of Camps,” he describes the region as divided into four rival blocs: Iran with her proxies and allies; the Salafi Jihadists (such as ISIS); the Muslim Brotherhood movement in its various manifestations, including Hamas, supported by Qatar and Turkey; and the “forces of stability” – meaning all those who fear and resist the rise of the first three camps, with Israel an active and important player in this latter camp.

“It is premature, and at this stage unwise, to speak of the emergence of a coherent and strong camp of stability, acting in close cooperation,” Lerman says. “The Saudis seriously differ with Egypt over Syria; Turkey’s shift has yet to mature; and the Palestinians have latched on to a wave of terror as a political tool. But the grand strategic interests among these parties increasingly cohere, and Israel has what to offer.”

Confirmation of Lerman’s perspective can be found in the surprisingly frank remarks made this week by Maj. Gen. Nitzan Alon, chief of the IDF Operations Branch. The IDF is sharing intelligence with allies battling the Islamic State group, he admitted, which “makes Israel effectively part of the coalition against ISIS,” even though Israel remains on the sidelines of the fighting in Syria and Iraq.

Lerman also sees Israeli opportunities in the effective partition of Syria. “There is a contradiction between the ultimate purposes of Russia and Iran in their intervention in Syria. Iran wants the Syrian Golan as a base of operations against Israel; but there is no reason for Russia to support that. Putin’s concern for Assad’s survival could give Israel some policy leverage, if Israel astutely navigates its way through the situation. This means that Israel should not be tempted to support Saudi-led efforts to unseat Assad or otherwise bring about a decisive outcome in Syria’s civil war.”

Most of all, Lerman has shined critical light on Palestinian rejectionism and extremism. In several recent articles, he demonstrates that Palestinian wallowing in self-pity and rituals of bashing Israel, along with blatant lie-telling, make peace a distant reality.

“My purpose is not to demonize the Palestinians, but to treat them, for a change, as adults capable of coping with a culture of responsibility,” Lerman says.

Both documents purvey a false Palestinian narrative of victimhood, contain utter lies about Israel, and reject any compromise on key matters in dispute.

In the Abbas and Erekat telling of history, Palestinians deserve to be backed by coercive global intervention to impose on Israel “solutions that will implement Palestinian rights.” There is no room in these narratives for the long litany of Palestinian past mistakes, misjudgments, and missed opportunities, nor for negotiation with Israel.

What needs to be done, say Lerman, particularly in disputation or in dialogue with those who are sympathetic to the Palestinian cause, is to make the point that endorsement of the false Palestinian narrative harms the Palestinians’ own future.

“By tagging the Zionist project as ‘colonialist’ in nature (i.e., transient and perishable), those who do so help consign the Palestinian people, whom they purport to help, to an ideological, political and diplomatic cul-de-sac.”

Erekat’s “Key Points to Remember when Reporting on Occupied Palestine” (a document distributed in November to foreign media based in Israel) is filled with bravado, distortion and mendacities, Lerman says. The document rants about “Israel’s occupation, colonization, apartheid and culture of impunity,” while making wholly untrue statements about history, about international law, and about Jerusalem and the Temple Mount.

“Saeb Erekat’s record of lies and dissimulations is legion, and he seems to be getting worse as he ages,” adds Lerman. “He has been a central factor in the Palestinian Authority’s abandonment of peace talks with Israel and its move to confrontation with Israel in international forums. His propaganda warps the truth and undermines peace efforts. History will yet record his abysmal diplomatic role in the many mistakes of the Palestinian national movement.”