Published in The Jerusalem Post and Israel Hayom, November 6, 2015.

Things that Netanyahu should keep in mind as he faces Obama next week: 1. The clap-happy advocacy of unfettered Palestinian statehood which we hear today from Obama, Peres and the like does not accord with the “Rabin heritage” at all. 2. Heed the bitter lesson learned by Yitzhak Shamir in his dealings with President George H.W. Bush: Stick to your policy goals, and don’t let Israel be wedged off-course for ersatz, temporary relief from presidential pressures. 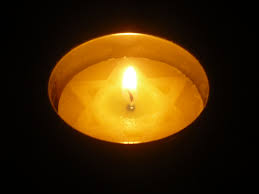 There are lessons to be learned about the way we remember these two great leaders, both of blessed memory. This is especially true for Prime Minister Netanyahu, who next week once again enters the lion’s den – meeting US President Barack Hussein Obama in the White House, after a long period of US-Israel conflict regarding policy towards Iran and the Palestinians.

Rabin’s true legacy is Israel’s struggle for secure and defensible borders and a unified Jerusalem, and great wariness of Palestinian statehood. The use of Rabin’s name to support a galloping-forward two-state-solution peace process – is left-wing historical revisionism.

In fact, Rabin may have been close to calling-off the Oslo process – according his closet advisors and family members, and scholars.

His daughter Dalia told Yediot Ahronot in 2010 that “Many people who were close to father told me that on the eve of the murder he considered stopping the Oslo process because of the terror that was running rampant in the streets, and because he felt that Yasser Arafat was not delivering on his promises.”

“Father after all wasn’t a blind man running forward without thought. I don’t rule out the possibility that he was considering a u-turn, doing a reverse on our side. After all he was someone for whom the national security of the state was sacrosanct and above all,” said Dalia Rabin.

Last week, Dalia Rabin similarly told The Times of Israel that “As the waves of terror hit the peace process… I have the feeling that he (Yitzhak Rabin) wouldn’t have let it continue. There would have been a stage where he would have decided: We’re in a phased process. Let’s evaluate what we have achieved and what the price has been. He wouldn’t have stopped Oslo, but he would have done what Oslo enabled him to do: to look at it as a process and assess whether it was working.”

In his 2008 book The Long Short Way, Moshe ‘Bogie’ Yaalon wrote that a few weeks before the assassination, Rabin told Yaalon (who was then chief of IDF Military Intelligence) that after the next Israeli elections “he (Rabin) was going to ‘set things straight’ with the Oslo process, because Arafat could no longer be trusted.” And this was before the murderous Second Palestinian Intifada!

Prof. Efraim Inbar, director of the Begin-Sadat Center for Strategic Studies, surmised much the same thing in his 1999 award-winning book Yitzhak Rabin and Israel’s National Security: “Rabin did not exclude the possibility that the Oslo agreements might not lead to reconciliation. He was not sure that an agreement on final status issues with the Palestinians could be reached…. He perceived an improved strategic environment containing less chances for existential dangers, but he knew that such military challenges still existed. He was unmoved in the belief that an armed peace was the best to which Israel could aspire in the near future.”

Rabin then rejected the notion of withdrawal to anything approximating the 1967 lines, and dismissed any thought of dividing Jerusalem: “We will not return to the June, 4 1967 lines. The security border of the State of Israel will be located in the Jordan Valley, in the broadest meaning of that term.” (Rabin meant to include the eastern slopes of the West Bank hills – a 1,200 foot topographical barrier ridge.)

“The responsibility for external security along the borders with Egypt and Jordan, as well as control over the airspace above all of the territories and Gaza Strip maritime zone, will remain in our hands,” he averred. “And first and foremost in our concerns is a united Jerusalem,” Rabin continued, “as the capital of Israel, under Israeli sovereignty.”

So Netanyahu might point out to Obama this coming week that the ongoing drive of America, Europe and the Israeli Left to establish a full-blown Palestinian state in the grandest contours, and with the malfeasant Palestinian leaders we are stuck with today – does not accord with the so-called “Rabin heritage” at all.

In fact, Netanyahu’s skepticism of the Palestinians today, and his insistence on permanent Israeli military control of the entire West Bank envelope, is very much in line with Yitzhak Rabin’s positions of the early 1990s.

By contrast, the clap-happy advocacy of unfettered Palestinian statehood as if Oslo had no bitter aftertaste – which we hear today from Obama, Shimon Peres and the like – does not accord with the “Rabin heritage” at all.

Netanyahu might also take heed of the bitter lesson learned by Yitzhak Shamir in his dealings with US President George H.W. Bush.

According to Moshe Arens, who was defense minister under Shamir, Shamir thought he was buying preferential treatment from the US by acceding to Bush’s entreaties to stay out of the fighting in Iraq in 1991. Shamir thought that he was clearly signaling his priorities to Bush, leader-to-leader. ‘I’ll give you restraint on Iraq and you lay off on settlements’ – as it were.

When I asked Shamir about this in 1999 (as I interviewed him for my MA thesis), he said: “I knew that the settlement issue wouldn’t go away. But I made a calculation: I felt that we really could better stand up for ourselves on the diplomatic and settlement issues in this way. You have to choose your battles. Indeed, we prevailed diplomatically after the war. Settlements continued. Madrid was a success from our point of view. Never had they given in to us as much as they did.”

What can this teach us with regard to Netanyahu’s current policy dilemmas?

Well, despite the leeway Shamir thought he had purchased from Bush, after the Gulf War the conflict between Washington and Jerusalem over settlements intensified and became embroiled in the dispute over loan guarantees. These guarantees were denied to Shamir’s government because of continuing Israeli settlement activity – again, notwithstanding whatever ‘understandings’ Shamir thought he had reached with Bush.

Many observers believe that this dispute played a role in the defeat of the Shamir government in the 1992 Israeli elections.

The Shamir experience would suggest that calculations of ‘accrued credit’ and presumed ‘trade-offs’ make for faulty and dangerous policy-making.

The lesson for Netanyahu is that he should be guided by Israel’s strategic and operational considerations regarding each issue on its own merits – regarding the need to confront Iran, to push back against the violent Palestinians, to build in Jerusalem and the settlement blocks, and so on.

Netanyahu should have no illusions of implicit understandings with Obama or linkages that might imaginarily accrue Israel credit in the current White House.

A focused and determined Israeli prime minister with clear policy goals will advance Israel better than a hesitant leader hoping for salvation through spurious, tactical deals with Obama.