A Succot scorecard of Israel’s successes

This column is dedicated to the memory of Rabbi Eitam and Naama Henkin, who were murdered last night by Palestinian terrorists. May G-d avenge their deaths, and we take comfort in the building of Zion and Jerusalem.

Published in The Jerusalem Post and Israel Hayom, October 2, 2015. 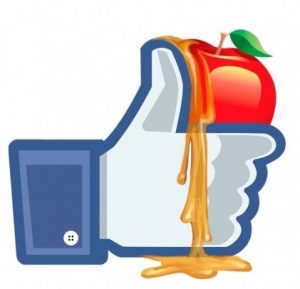 Any way you choose to calculate, Israel has the strategic and moral upper hand. Importantly, there is a great spiritual searching underway in our society, and this ultimately can and should be a source of solidarity and strength too. Despite all the challenges and threats, the People of Israel are winning!

The Succot holiday is an opportunity to take a break from biting analysis of the world’s bitter treatment of Israel, or a riff on our petty internal politics – and instead, compute Israel’s victories.

Any way you choose to calculate, Israel has the strategic and moral upper hand. Despite all the challenges and threats, the People of Israel are winning.

Statehood: Across Arab expanses, countries are crumbling, borders are being erased, and societies are being torn apart. In contrast, the nation state of Israel is resolute, its borders unyielding, its society robust.

Security: In the face of Iranian ambitions, ISIS advances, and Russian adventurism, Israel stands tenaciously firm with the strongest military ever assembled in the Middle East, and with steady, experienced hands at the helm of state. Vigilance, patience and diplomatic nimbleness will see Israel through the regional storms. Israel can and will maneuver with agility and vigor in these tumultuous times.

Territory: Israel knows how to defend its borders (both by building fences and by operating deep in enemy territory when necessary), and hasn’t made any serious withdrawal mistakes recently. Can you imagine the mayhem and suffering Israelis would be experiencing had we withdrawn from the Golan or Samarian heights? Would it have been ISIS, Al Qaeda or Hamas terrorizing us from those plateaus today?

Fortunately, no serious statesman is professing such dangerous retrenchment any time in the foreseeable future. Mahmoud Abbas can bellow away with venom and vulgarity at the UN, but everybody knows that both Palestinians and Israelis are better off with the status quo.

Diplomacy: The dénouement of America in global affairs and weakening of US-Israel ties brought about by the awful administration of President Obama indeed leaves dark shadows. However, this nightmare period is almost over, and American public opinion remains staunchly pro-Israel nonetheless – which means that a renaissance in relations is possible and believable.

Moreover, Israel’s diplomatic horizons are expanding to include important allies in near- and far-east Asia, and we have solid friends in Canada, Australia and parts of Europe. The day will yet come when 70 nations of the world will gather in Jerusalem on Succot to worship together (instead of convening at the UN to hear foul speeches from the likes of Rouhani, Abbas and Putin).

Society: Three million refugees are on the roads and the high seas, and another thirty million could yet follow – all fleeing Africa and Arabia. Only Israel is attracting immigration: More than 30,000 olim this past year from France, Ukraine, Russia and America. Most of these immigrants could go elsewhere; they are choosing Israel!

Religion: Christians, Copts, Yazidis, Druze and other minorities are being raped, enslaved, slaughtered or forcefully converted in Islamic locales, while their holy sites are plundered and their ancient relics destroyed. Even Moslem shrines and archaeological treasures that don’t exactly align with most radical Sunni orthodoxies are being blown to smithereens or sold-off to the highest bidders.

Only Israel ensures freedom of religion for all faiths; only Israel continues to unearth and preserve Christian and Moslem relics (such as the 1,500-year-old church mosaic unveiled this week in Kiryat Gat); only Israel is attracting religious pilgrims from around the world in safety and brotherhood (such as the tens of thousands of pro-Israel Christians who rallied in Jerusalem this week).

Economy: BDS efforts notwithstanding, Israeli technology and scientific innovation is in high demand everywhere. Israel’s foreign currency reserves are deep, its debt manageable, its banks solvent, its public educated and productive (– although there are challenges ahead because the large Haredi and Arab publics lag behind). The country now has natural gas and desalinated water riches, which (if handled smartly) should make Israel energy self-sufficient as well as a significant strategic player in the regional resources market.

Identity: One of the greatest sources of strength of Israeli society is the attenuation of the religious-secular divide and the intensification of faith as an anchor in this country’s oeuvre. We are increasingly a nation of believers. In fact, I think that Israel is one of the most religious societies in the modern, Western world.

Just look at all the High Holiday selichot and other prayer assemblies in every corner of this country over the past two months. Listen to the songs replete with words of prayer and spiritual longing on the mainstream, secular radio stations. Consider the multiple acts of hessed – loving-kindness and solidarity – undertaken by youth groups and volunteer associations, on behalf and in support of needy families over the holidays.

Take-in the tens of thousands of secular Israelis participating in Shavuot and Hoshana Raba all-night Torah study sessions, or participating in outdoor Shabbat ceremonies in the port and train station entertainment spaces – even in Tel Aviv! See the throngs of average Israelis crowding the alleyways of the Old City of Jerusalem this week, and the upward numbers of Israelis who seek communion with G-d on the Temple Mount.

There is a great spiritual searching underway in our society, and this ultimately can and should be a source of solidarity and strength.

SO IN OVERALL perspective, Israel is stronger than any of its enemies. Neither the perpetual Palestinian conundrum, nor the acute Iranian threat to Israel, nor the unstable regional situation – make me a pessimist.

The amorphous situation in the West Bank is messy but manageable, and is far less bad than most alternatives. The dramatic weakening of America and the US-Israel relationship under Obama is of concern, but this is temporary and reversible. Soft power attacks on Israel have mostly fallen flat.

At home, Israel’s dramatic drive to succeed ever-more in all aspects of life continues unabated, with spectacular results, from leading brain scientists to rocket missile defense systems; first-class doctors and world-class health care; high levels of Torah study – only 70 years after the destruction of European Jewry’s Torah world; multiple humanitarian missions undertaken abroad; and most of all, sensational activism and high motivation of our magnificent youth. And we are returning to our roots and healing our divisions.

Thus, a cold evaluation of Israel’s strengths versus our enemies’ threats leads to the conclusion that Israel is winning on all battlefronts; overcoming every challenge; and advancing in all ways. Life in Israel is full of meaning – adorned by sacrifice, commitment, achievement and joy – all the components that make life satisfying and exciting, and uniquely so for Jews who have long awaited a national return to Zion.

Listen to the words of the late, great Ambassador Dr. Yaacov Herzog, speaking in 1971 about “The Permanence of Israel”:

“We face perils. No man can guarantee that fighting will not resume tomorrow, that our soldiers will not have to fight again bloody battles. But we know we have the strength to withstand them. The balance of arms is in our favor at the moment… We may face political isolation and pressures, but we face all this in the knowledge that we belong to a new epoch and that the Jew has changed – in Jerusalem, in Israel and across the world.”

“And though at times it looks dark, the light will reappear. With firmness touched with generosity, with strength uplifted by spiritual understanding, we can move ahead. With all the difficulties, with all the pressures, we are the generation of redemption. Let us indeed be worthy of this privilege that defies human logic and supersedes human vistas.”