Published in The Jerusalem Post and Israel Hayom, August 21, 2015.

It turns out that Israel is blessed with natural resources after all – gas, water and wine! As for wine: This is a wonderful time for Israel Chardonnay, Petite Sirah, Syrah, and Mediterranean blend wines. 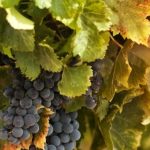 David Yudelevich, one the winery workers, described the scene in his journal: “The bell rang at 4 am to wake up the army of young and old, men and women and children, armed with pruning shears. The carts overflowing with grapes began streaming into the crushing vats… and we all sang: ‘Awaken oh People of Israel. Your youth has returned to the Land. Your redemption is near.’”

Who could have imagined that 125 years later, Israel would become a wine producing powerhouse, turning out well over 40 million bottles a year, with more than 60,000 dunams (15,000 acres) of land under grape cultivation across the country – in the Galilee, Golan, Samarian and Judean mountains, in the Sharon and Samson plains, and in the heights of the northern Negev.

To me, this revolution is nothing less than Biblical prophecy fulfilled: Of grapes and other fruits in such abundance that “Judah shall wash his garments in wine and his clothes in the blood of grapes” and “his eyes will be shot red with wine”; and of “every man resting in peace under his grape vines and fig trees.”

After 2,000 years of desolation and neglect, the Land of Israel is again coming alive and giving forth glorious fruit to its indigenous people, resulting in wines that are winning international awards and recognition. As the wine pioneers sang at Carmel Winery in Rishon LeZion in 1890, this indeed is a manifestation of Jewish redemption!

It’s not just wine. Israel is undergoing redemptive revolutions in water and energy self-sufficiency too. Through super-sophisticated sea water desalinization and waste water recycling technologies, and though deep sea drilling for natural gas, Israel is becoming self-sufficient and could become wealthy in these critical fields. The potential strategic benefits are huge.

Consider these figures: There is close to one trillion cubic meters of natural gas in Israel’s recently-discovered Tamar, Leviathan, Tanin and Karish offshore fields. Already, 40 percent of Israel’s electricity production is fueled by natural gas from Tamar alone. Every important regional actor wants to partner with Israel in exporting the gas.

As for water, droughts are a thing of the past. More than 50 percent of the water for Israeli households, agriculture and industry is now artificially produced. We are even exporting water to the Palestinians and Jordanians (at bargain prices), and exporting our life-saving water technologies worldwide.

So it turns out that Israel is blessed with natural resources after all! We have been blessed with wine, water and gas. Paired with Israeli tenacity and ingenuity, the graces of the Heavens are upon us.

THIS YEAR’S GRAPE HARVEST is likely to be somewhat circumscribed by shmita restrictions (– 5775 is a Biblically-mandated sabbatical year) and by the very hot summer, but the quality 2012-2014 vintages now being released to market are worth investigating.

Three wise wine men recently walked me through some of the best bottles now on the Israeli market: Eli Poch (jerusalemwineclub.com), with whom I toured the Israel Museum Wine Festival; Adam Montefiore (carmelwines.co.il), who gave me an in-depth look into the cellars at Carmel’s Center for Wine Culture in Zichron Yaacov (carmelwines.co.il), and Oded Shoham (israelwinexp.com), who specializes in boutique wineries.

My conclusions: This is a wonderful time for Israel Chardonnay, Petite Sirah, Syrah, and Mediterranean blend wines.

Bat Shlomo Winery has a very buttery Chardonnay; Har Odem Winery’s Volcanic Chardonnay is clean, crisp and spicy; and Gush Etzion Winery’s Chardonnay is completely un-oaked. It follows in the footsteps of the world-class, un-oaked Chardonnay “C” from Castel. All are excellent 2014 vintage wines.

The Mediterranean grape called Petite Sirah is showing very well in Israel, and I think it has a great future here as a single variety. It is very dark in color, has herbal and black pepper overtones, and is round and full, even chewy.

Some of the best examples I recently tasted are Teperberg Legacy 2012, Montefiore 2012 (which won awards from Decanter and Eshkol HaZahav), Carmel Vineyards 2012 (which was awarded by Robert Parker), and Recanati Reserve 2012 (which was listed by the prestigious Berry Brothers and Rudd wine dealer).

The Rhone valley stalwart known as Syrah (or Shiraz) is quite well established in Israel, and it is great with all types of roasted, grilled or smoked meat. It is my preferred wine for drinking with Shabbat lunch cholent. Try the outstanding Tulip 2013 Syrah Reserve, Har Bracha 2012 Shiraz Reserve, Flam 2011 Syrah Reserve, Carmel 2010 Kayoumi Shiraz, and Teperberg 2010 Reserve (from grapes grown near Shiloh).

(Tulip and Har Odem, by the way, each claim to cultivate the “northern-most” vineyards in Israel: by Kfar Yuval on the border with Lebanon, and Neve Ativ on the foothills of the Hermon).

For a real taste of Israeli innovation in winemaking, try some new blends. Yatir recently released Mt. Amasa (a light 2011 blend of Cabernet, Merlot, Shiraz, Petit Verdot and Malbec). Capsouto, based in Moshav Hosen near Pekiin (and founded by Egyptian-French-American restaurateur Jacques Capsouto), has released a unique 2014 blend of Grenache blanc, Marsanne, Roussanne and Clairette. Carmel Mediterranean (a rich 2010 blend of Shiraz, Carignan, Petit Verdot, Petite Sirah, Malbec and Viognier, from vineyards all over Israel) is one my favorites.

For desert, try the Har Odem Inbar Port (it tastes like a fine brandy with maple and toffee flavors), Tzora Or Gewürztraminer (it tastes like liquid honey), or the Gat Shomron Viognier 24K Iced Wine (the closest thing in Israel to a real Canadian ice wine).

Before retiring from the table, don’t forget to thank G-d (and his intrepid Israeli winemaker emissaries) for all this bounty.