On this eve of Yom Kippur, Israel and the Jewish People should be defiant, not repentant.  As a nation and as a people we have been apologizing far too much, unnecessarily. 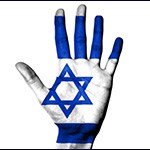 I know that Yom Kippur is all about contriteness and apology, but sorry, this year I’m not in the mood. I think that as a nation and as a people we have been apologizing far too much.

Israelis need not apologize for asserting that our society is morally superior to the societies of our Palestinian and Arab enemies, despite the unconscionable murder by Jewish vigilantes of Muhammad Abu Khdeir in Jerusalem. The fact is that our society is repulsed by such an act, while their societies celebrate and glorify the kidnapping and murder of Israelis and Jews.

Israel need not apologize for not releasing more Palestinian terrorists from jail in the so-called fourth tranche, even if this upset Mahmoud Abbas and gave him the excuse he was looking for to flee the Kerry peace process.

Israel need not apologize for refusing to recognize the Hamas-Fatah unity government. Israel knew, and this was quickly borne out by the facts, that Ismail Haniye would radicalize Abbas; not that Fatah would bring about a moderation of Hamas. Evidence Abbas’ rancid UN speech last week, in which he accused Israel of purposefully committing genocide against the Palestinians, and he essentially promised another 100 years of war against Israel.

Israel need not apologize for insisting that the Palestinian national movement recognize Israel as a Jewish state; that Israel be acknowledged as the legitimate national homeland of the Jewish People. We are well within reason to take Abbas at his word when he swears never to recognize Israel as such, and vows never to forgo what he wrongly terms a Palestinian “right” of return.

Israel must never apologize for reminding the world again and again that Jews are not foreigners in their ancestral homeland. Israel is not an occupying force in the plains of the Sharon or the hilltops of Judea and Samaria.

Israel need not apologize for planning to expand and intensify its hold over Jerusalem and around Jerusalem. This includes plans to build in Givat HaMatos, Gvaot and the E-1 quadrant. We should recommit ourselves to implementing these plans in the coming year. In this regard, US President Barack Obama should be defied, not accommodated.

Israel need not apologize for defending itself vigorously against Hamas’ terror attack tunnels, rockets and missiles; nor for the deaths of Palestinians civilians behind whom Hamas terrorists fighters were purposefully hiding. We need not apologize for implementing the Hannibal Protocol in Rafah after the kidnapping of Lt. Hadar Goldin.

Israel need not apologize for having developed the Iron Dome anti-missile system to protect its civilians (while Hamas invested its money in attack tunnels and underground bunkers for its fighters, not its civilians).

Israel need not apologize for trying to bump-off Izzadin Kassam’s Muhammad Deif and his terrorist colleagues, and hopefully Israel will continue to do so. We mustn’t apologize for refusing to cooperate with the UN’s evil Schabas Commission, which was formed to invent and condemn Israeli “war crimes.”

Jerusalem need not apologize for rejecting John Kerry’s miserable cease-fire proposals, which were cooked up in the kitchens of Qatar and Turkey in defense of Hamas.

More broadly speaking, Israel has no reason to apologize for its obviously well-placed skepticism of the so-called “Arab Spring.” Remember how just a few years ago the world accused Israel of being a party-pooper when everybody else was celebrating the “Facebook generation” protesters in Cairo?

Israel need not apologize for repeating that ISIS and Hamas and Al Qaeda are “branches of the same poisonous tree”; and that Iran is the real existential danger to regional stability and world security, not ISIS or Khorasan.

On the domestic front, Israel need not apologize not being nicer to the African infiltrators that have sought to flood into Israel. No, it is not true that “Jewish history and ethics” demand that tiny Israel accept and embrace hundreds of thousands of these economic migrants. The Knesset should once again overrule our over-indulgent and too-liberal Supreme Court on this matter.

We also need not apologize for trying to draft the Haredim into the workforce and military – for their own good, and the health of our society, economy and polity.

Most of all, we need not apologize for being a nation of believers. It is not at all terrible for an army commander to invoke the age-old “Shma” affirmation of nationhood and faith (“Hear O Israel, the Lord our G-d is One”) when charging his front-line soldiers about to put their lives on the line on the eve of Operation Protective Edge. There is nothing wrong in telling our soldiers that they are fighting for the glory of G-d and the nation.

It is wonderful to hear words of faith and prayer in the lyrics of pop music on Israel Radio and IDF Radio, something that is becoming quite common as our country increasingly returns to its Jewish roots. This is a blessed development, not something to be afraid of or apologize for.

Apologize not, O Israel. This year, defiance and devotion, not misplaced penitence, is the order of the day.